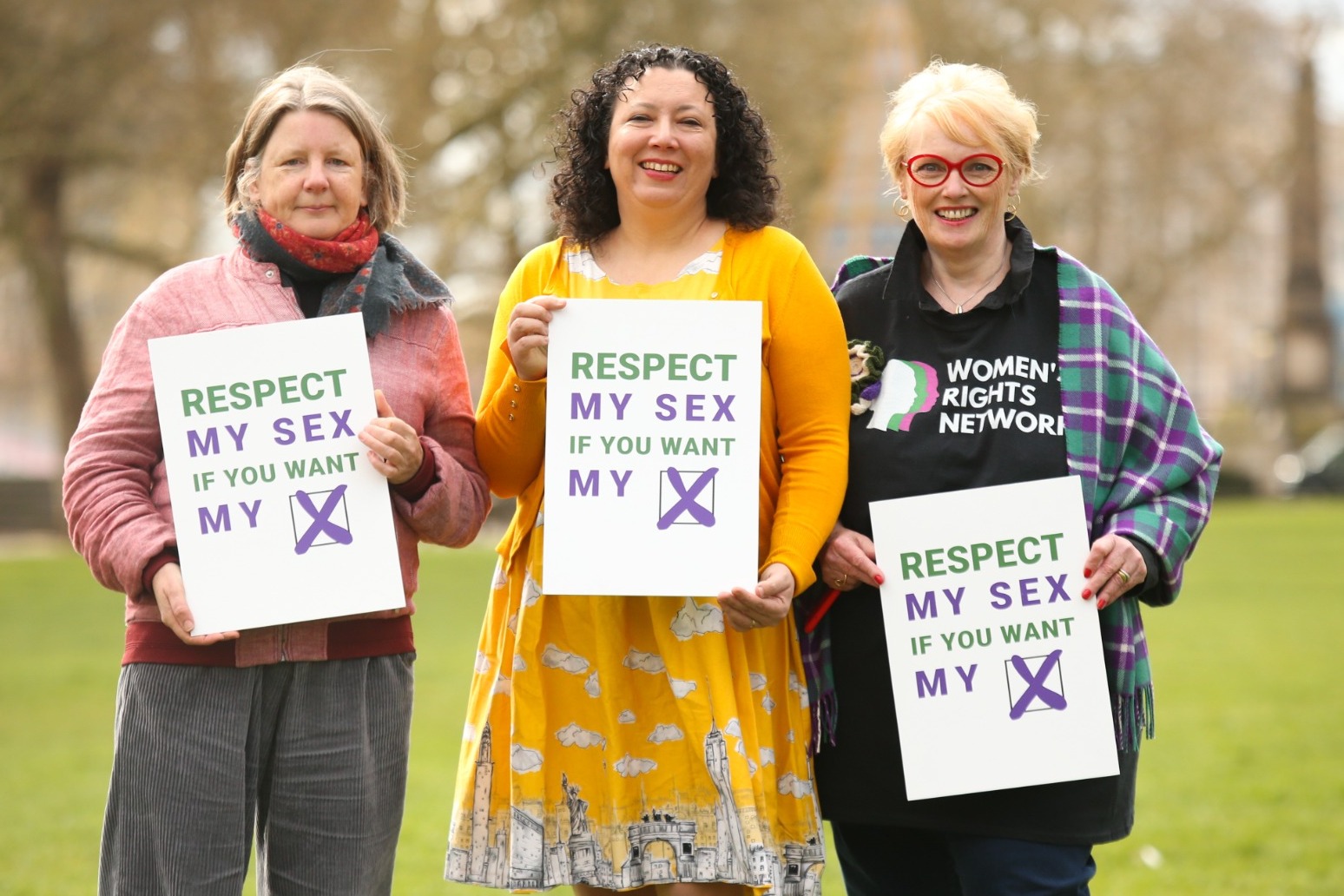 Around 100 “gender rights” activists have gathered in central London to say they are “not afraid to be women or to be called women” rather than “womb-havers”.

Wearing the purple, white and green of the suffragettes, they launched their new movement urging politicians to prioritise the protection of single-sex services and spaces.

The campaigners said their movement is growing “exponentially” but has been largely underground and online until now.

Activists marched from the statue of Emmeline Pankhurst in Victoria Tower Gardens to a sculpture of Millicent Fawcett in Parliament Square, where they chanted the campaign slogan – “Respect my sex if you want my X” – which refers to drawing an X in the polling booth.

Maya Forstater, a tax expert who lost her job over her tweets about transgender people, was representing the group Sex Matters.

She told the PA news agency: “So many politicians, when they’re asked what a woman is, they’re not able to answer that simple question. They’re tying themselves in knots because they’re putting the feelings of men who identify as women ahead of women.

“When it comes to single-sex services, sports, child safeguarding, situations where sex really matters, they’re not able to bring policies that protect women and protect children, and protect trans people, because they’ve muddled up sex with the idea of gender identity.”

Also speaking in Parliament Square was Heather Binning, who said she wants “to see sex recognised”.

She told PA: “We would like to see sex recognised and be able to speak about sex, and not be called ‘cervix-havers’, ‘womb-havers’ and all the things that some elements of society want to start introducing.

Ms Binning said the group she represents, Women’s Rights Network, has 60 branches in the UK, each with around 1,000 members online.

She said: “Currently we’re a Twitter-based network. We’re just about the expand into the rest of the real-life world, and I think it’s going to be exponential.

“Most of the women here today, except for a handful, are anonymous.

“They cannot speak publicly because they are frightened for their jobs, that members of their family might disown them.

“They are being utterly silenced, and it’s miserable, feeling that way.

“Maya lost her job, and it’s not a joke, this is happening, for saying sex is real.

“The women coming forward, many are still afraid to come forward, but as they see people like me speaking out, this group meeting here, having this display of solidarity, we’re saying to them, ‘You can take the next step too because there’s more of us here than you think.’”

Caroline Ffiske, a former Conservative councillor and head of Women Uniting, a group of cross-party women, said she believes “it’s time to take this political issue out everywhere”.

She told PA: “Of the groups involved in this campaign, Women Uniting are the cross-party group – Lib Dem women, Labour women, Conservative women, Green, SNP – and what we’re saying is, these are the foundations of our society that are under attack.

“Sex is real, and it matters to the foundations of our society and how we live and orientate ourselves.

“Science is real and it matters.

“Truth is real, and free speech is real.

“We’ve put aside our political differences to campaign on this issue.”

Ms Ffiske also raised concerns about children transitioning, adding: “I just want to be absolutely clear that all of us are aware that we live in a free society, and that we all can identify how we like and express how we like.

“But when vulnerable children end up being put on a pathway to cross-sex hormones, they can be rendered sterilised, they can have their breasts removed, have their sex organs altered, and there are more and more de-transitioners who are saying: ‘I was too young to do this and now I have altered my body for life.’” 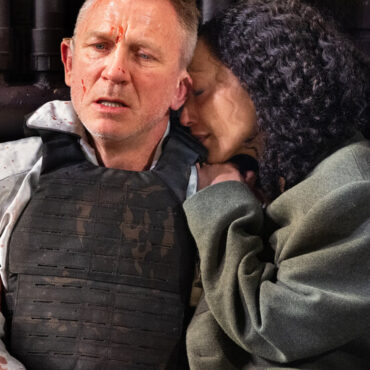 ‘Macbeth’ performances on Broadway pause after Daniel Craig tests positive for the coronavirus.

Daniel Craig, who is starring in the title role of a new Broadway production of “Macbeth,” tested positive for the coronavirus on Saturday, forcing the show to cancel most of next week’s performances.The show, which just began previews on Tuesday and is scheduled to open April 28, had already canceled Friday night’s performance, citing another positive coronavirus test among cast members, when on Saturday it canceled both the matinee and […]