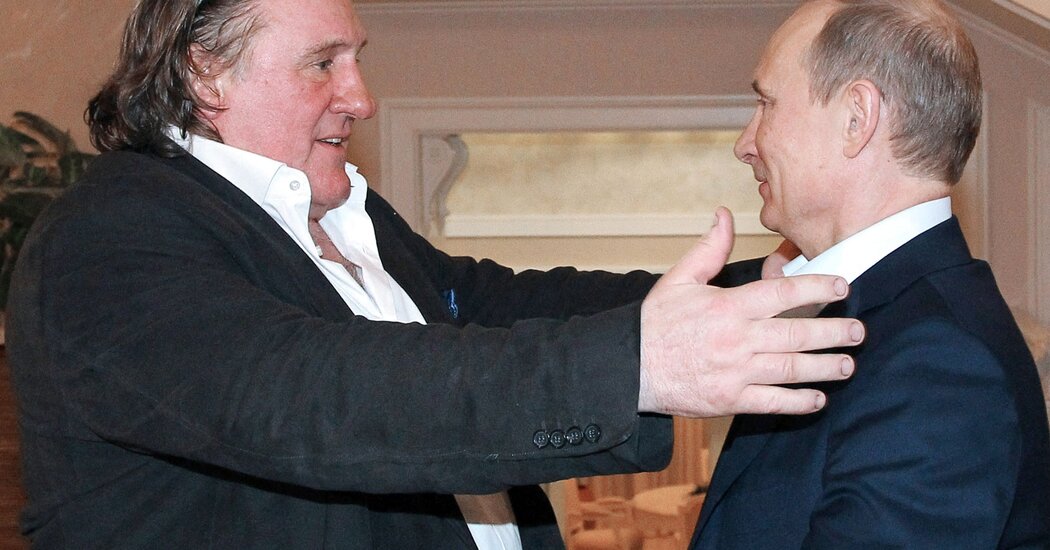 For the past decade, the French actor Gérard Depardieu has been one of the closest Western celebrities to President Vladimir V. Putin of Russia.

In 2013, the movie star became a Russian citizen to avoid taxes in France. In a letter to Russian state television at the time, Mr. Depardieu said, “I love your president, Vladimir Putin, very much and it’s mutual.” Mr. Putin awarded Mr. Depardieu Russian citizenship at a special dinner that year.

As tensions between Russia and Ukraine were growing last month, Mr. Depardieu even went on French television to say, “Leave Vladimir alone.”

Now, Mr. Depardieu has taken a surprising step toward ruining that cherished friendship when, on Tuesday, the actor denounced the war in Ukraine in an interview with Agence France-Presse, the French news service. “Russia and Ukraine have always been brother countries,” Mr. Depardieu said. “I am against this fratricidal war,” he added. “I say, ‘Stop the weapons and negotiate.’”

Best known for 1990s movies including “Cyrano de Bergerac” and “Green Card,” Mr. Depardieu later posted part of his statement on Instagram. His agent did not respond to an interview request.

Mr. Depardieu’s comments are unlikely to change many Ukrainians’ views of the actor. In 2015, the Ukrainian government included Mr. Depardieu on a list of cultural figures who were a threat to the country’s security. It did not state a reason, but Ukrainian newspapers linked the decision to comments Mr. Depardieu had made questioning Ukraine’s independence. In 2014, at the Baltic Pearl movie festival in Latvia, Mr. Depardieu told reporters that he loved both Russia and “Ukraine, which is part of Russia.”

The French tax exile is not the only famous actor to have taken Russian citizenship: Steven Seagal, the American-born star of action movies like “Under Siege,” was naturalized in 2016. On Thursday, Mr. Seagal’s representatives did not immediately respond to a request to discuss the actor’s views on the war in Ukraine.

In recent years, Mr. Depardieu has been in the news for controversies aside from his Russia connections. In 2018, French prosecutors investigated rape allegations against him, but dropped the case the following year because of a lack of evidence. 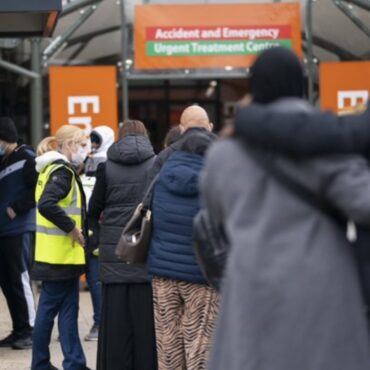 Scottish AE waiting times are the fourth longest on record

Official figures show Scotland’s emergency departments performance to be at an all time low. A Scottish Government target aims to have 95% of patients at A&E seen and subsequently discharged or admitted within four hours. New official statistics show this was the case in just 69.8% of cases in the week up to February 20. During the seven-day period, 627 of the 23,331 patients who attended at A&E waited more […]