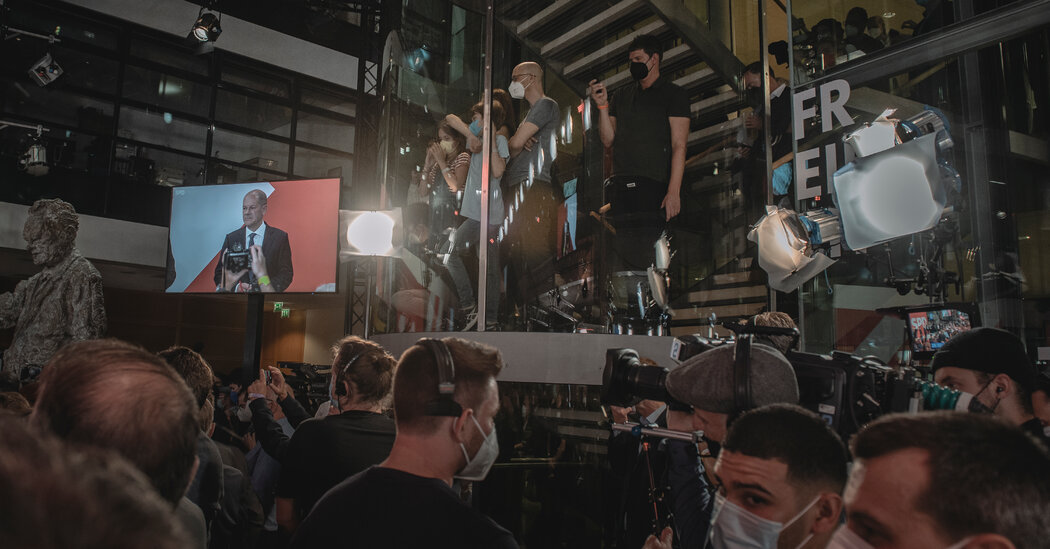 BERLIN — After 16 years of Angela Merkel as their chancellor, Germans scattered their votes across the political spectrum on Sunday in the election to replace her, a fractured return that heralds a messier political era in Germany and weaker German leadership in Europe.

Preliminary results gave the center-left Social Democrats a small lead, but were so close that no one could yet say who the next chancellor would be nor what the next government would look like.

The only thing that seemed clear was that it would take weeks if not months of haggling to form a coalition, leaving Europe’s biggest democracy suspended in a kind of limbo at a critical moment when the continent is still struggling to recover from the pandemic and France — Germany’s partner at the core of Europe — faces divisive elections of its own next spring.

Sunday’s election signaled the end of an era for Germany and for Europe. For over a decade, Ms. Merkel was not just chancellor of Germany but effectively the leader of Europe. She steered her country and the continent through successive crises and in the process helped Germany become Europe’s leading power for the first time since two world wars.

Her time in office was characterized above all by stability. Her center-right party, the Christian Democratic Union, has governed in Germany for 52 of the 72 postwar years, traditionally with one smaller party.

But the campaign proved to be the most volatile in decades. Armin Laschet, the candidate of Ms. Merkel’s Christian Democrats, was long seen as the front-runner until a series of blunders compounded by his own unpopularity eroded his party’s lead. Olaf Scholz, the Social Democratic candidate, was counted out altogether before his steady persona led his party to a spectacular 10-point comeback. And the Greens, who briefly led the polls early on, fell short of expectations but recorded their best result ever.

On Sunday, the Christian Democrats’ share of the vote collapsed well below 30 percent, heading toward the worst showing in their history. For the first time, three parties will be needed to form a coalition — and both main parties are planning to hold competing talks to do so.

“It’s so unprecedented that it’s not even clear who talks with whom on whose invitation about what, because the Constitution does not have guardrails for a situation like that,” said Thomas Kleine-Brockhoff, the Berlin-based vice president of the German Marshall Fund, a research group.

Even before the first official returns were announced, the battle lines were drawn as both main contenders to succeed Ms. Merkel as chancellor announced their claims to the top job — and their intention to fight for it. A long tradition of deferential, consensus-driven politics was quickly evaporating, giving way to a more raucous tone.

At the headquarters of the Social Democrats in Berlin, loud cheering erupted when the first exit polls were announced. “The S.P.D. is back!” Lars Klingbeil, the party’s general secretary, told the crowd of party members, before Mr. Scholz took the stage with his wife and insisted “that the next chancellor is called Olaf Scholz.”

Across town, at the conservative headquarters, Mr. Laschet, the candidate of Ms. Merkel’s party, made clear who he thought the next chancellor should be, saying, “We will do everything to form a government.”

It is a messy set of circumstances likely to complicate the negotiations to form a government. And whoever ends up being chancellor will have not just a weaker mandate — but less time to spend on leading in Europe, analysts said.

“Germany will be absent in Europe for a while,” said Andrea Römmele, dean of the Hertie School in Berlin. “And whoever becomes chancellor is likely to be a lot more distracted by domestic politics.”

With two-thirds of the voting districts counted, the Social Democrats appeared to have a slight lead, with less than two percentage points dividing the two main parties. Analysts said the vote could continue to swing marginally in favor of either party. Four in 10 Germans voted by mail-in ballots, which were being counted at the same time as votes dropped into ballot boxes.

But few anticipated a dramatic turn that would yield a less murky outcome and alleviate the need for protracted coalition talks.

The outcome gives significant leverage to the two smaller parties that are almost certain to be part of any new government: the Greens and the pro-business Free Democrats. Courted by both Mr. Scholz and Mr. Laschet, they have signaled they will first talk among themselves.

In one way Sunday’s returns were an expression of how disoriented voters are by the departure of Ms. Merkel, who is leaving office as the most popular politician in her country.

The chancellor oversaw a golden decade for Europe’s largest economy, which expanded by more than a fifth, pushing unemployment to the lowest levels since the 1980s.

As the United States was distracted by multiple wars, Britain gambled its future on a referendum to leave the European Union and France failed to reform itself, Ms. Merkel’s Germany was mostly a haven of stability.

“She was the steady hand at the helm, the steady presence,” said Mr. Kleine-Brockhoff of the German Marshall Fund.

“Now there is an uneasiness about what comes next,” he said. “The presence and reputation of this chancellor is outsized and very hard to emulate.”

That explains why both main candidates to succeed her mostly ran on platforms of continuity rather than change, attempting where possible to signal they would be the one most like the departing chancellor.

“This election campaign was basically a contest for who could be the most Merkel-like,” Mr. Kleine-Brockhoff said.

Even Mr. Scholz, whose center-left party is the traditional opposition party to Ms. Merkel’s conservatives, played up his role as finance minister in the departing government rather than his own party’s sensibilities, which are well to the left of his own.

“Stability, not change, was his promise,” said Mr. Kleine-Brockhoff.

The distinctive political tradition of the Federal Republic of Germany is change through consensus.

In the four decades it was split from the Communist East, West Germany had strong governments, traditionally formed by one of the two larger parties teaming up with a smaller partner or, in rare circumstances, the two big parties forming a grand coalition. This tradition was continued after reunification in 1990, with far-reaching changes — like the labor market reforms of the early 2000s — often carried out with support from across the aisle.

But four parties have become seven and the two traditional main parties have shrunk, changing the arithmetic of forming a government that represents more than 50 percent of the vote. In the future, analysts say, three or four, not two, parties, will have to find enough common ground to govern together.

Some analysts say this increasing fragmentation of Germany’s political landscape has the potential to revitalize politics by bringing more voices into the public debate. But it will no doubt make governing harder, as Germany becomes more like other countries in Europe — among them, Spain, Italy and the Netherlands — that have seen a similar fracturing. And messier politics could make the next chancellor weaker.

Ms. Merkel has embodied the tradition of consensus more than perhaps any of her predecessors. Of her four terms in office, she spent three in a grand coalition with her party’s traditional opponents, the Social Democrats.

Governing as Ms. Merkel’s junior partners almost killed the Social Democrats, Germany’s oldest party, stripping it of its identity and its place as the leading voice of center-left opposition. But Mr. Scholz used his cozy relationship with the chancellor to his advantage, effectively running as an incumbent in a race without one.

At party headquarters on Sunday night, he was being celebrated as a savior by party members who were adamant that the chancellery was theirs.

“The S.P.D. is the winner here,” insisted Karsten Hayde, a longtime party member, while Ernst-Ingo Lind, who works for a parliamentarian, said that only a year ago, he would “not have dreamed of being here.”

Among the parties represented in the next German Parliament is the Alternative for Germany, or AfD, which shocked the nation four years ago by becoming the first far-right party to win seats there since World War II. Its vote share slipped to 10.5 percent from almost 13 percent in 2017 and it will no longer be the country’s main opposition party. But it solidified its status as a permanent force to be reckoned with. In two states in the former Communist East it came first.

“We are here to stay, and we showed that today,” Tino Chrupalla, co-leader of the party, told party members gathered on the outskirts of Berlin.

For all the messiness of this election and Merkel nostalgia, many Germans took heart from the fact that more than eight in 10 voters had cast their ballots for a centrist party and that turnout was high.

The mobilization was palpable outside several polling stations in Berlin, where families patiently waited their turn in long lines.

“It’s the beginning of a new era,” said Ms. Römmele of the Hertie School. 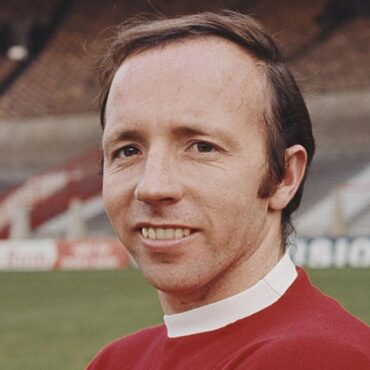