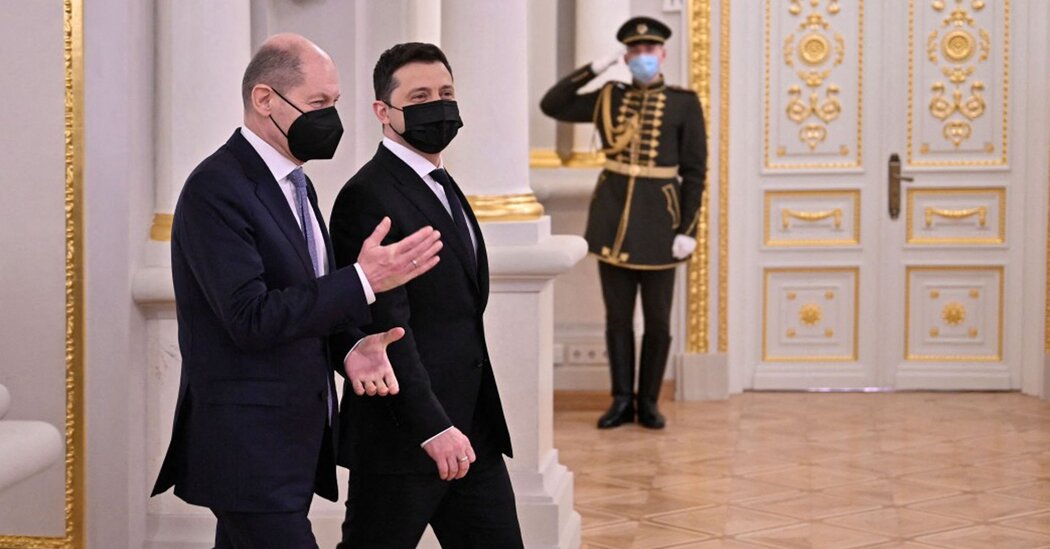 The day before he is scheduled to meet President Vladimir V. Putin of Russia, Germany’s chancellor, Olaf Scholz, visited Kyiv on Monday to promise full support to Ukraine in the case of a Russian invasion.

“In the event of military escalation, we are ready for very far-reaching and effective sanctions in coordination with our allies,” Mr. Scholz said during a joint news conference with President Volodymyr Zelensky of Ukraine.

Mr. Scholz, who was criticized for weeks for being slow to respond to the Russian military buildup surrounding Ukraine, has recently sought to demonstrate solidarity with the United States and NATO allies in condemning the Russian threat.

After a meeting with Mr. Zelensky that went on longer than scheduled, Mr. Scholz said at the news conference that it was up to Russia to respond to proposals by the United States and NATO to address Moscow’s concerns surrounding security in Eastern Europe. Russian officials have indicated that those responses were being finalized.

“NATO and the U.S. have made specific proposals to Russia, which we support,” Mr. Scholz said.

Although Mr. Scholz said his country would continue to support Ukraine with financial aid, and that he would be encouraging German business to invest in the country, he once again ruled out sending any weaponry.

“No country in the world has provided such strong financial support to Ukraine over the past eight years,” he said.

Mr. Scholz was scheduled to return to Berlin on Monday night before flying to Moscow on Tuesday morning.

He would become the latest Western leader to attempt shuttle diplomacy between Moscow and Kyiv, with previous efforts, including by President Emmanuel Macron of France last week, bearing little fruit. There is scant expectation that Mr. Scholz would fare any better, although the continued drumbeat of high-level diplomatic meetings left hopes of pulling back from the brink of a war that nearly all observers agree would be catastrophic. 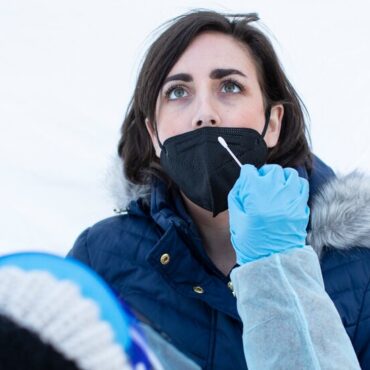 An Undiscovered Coronavirus? The Mystery of the ‘Russian Flu’

Dr. Taubenberger predicts better evidence will emerge. He and John Oxford, emeritus professor of virology at the University of London, have been looking for flu or coronavirus in old lung tissue from patients who were ill with a respiratory disease in the years before the 1918 flu. They had hoped to find them embedded in tiny blocks of paraffin no bigger than a pinky fingernail in the Royal London Hospital, […]