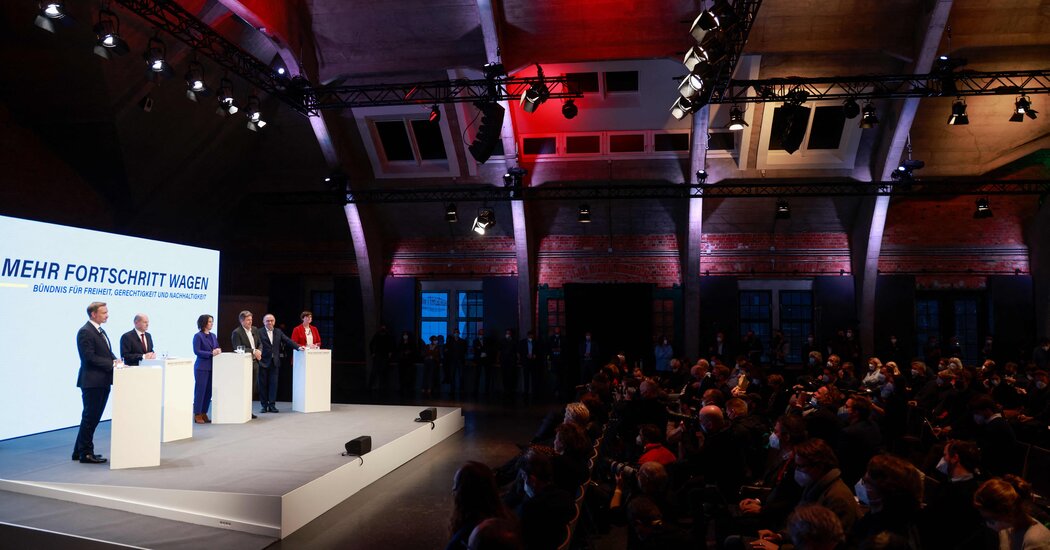 After weeks of negotiations, the three parties that will make up the next government presented a road map for their partnership on Wednesday, a coalition agreement worked out in excruciating detail in the tradition of Germany’s postwar, consensus-driven politics.

Germany has a long history of coalition politics. Since the end of World War II, only once did a single party win a clear majority — in 1957 under Konrad Adenauer. Nevertheless, he chose to join forces with a smaller party to build a coalition.

The coalition agreements, though not legally binding, serve as a way to ensure that members are all on the same page, especially when faced with a crisis or unexpected events. They are a way to try to minimize tensions between partners and to ensure the stability and durability of their governing alliance.

The new government to be led by Olaf Scholz is an uncommon arrangement that brings together three parties — his Social Democrats, the environmentalist Greens, and the pro-business Free Democrats. It is the first time since the 1950s that three partners have had to put aside differences and horse-trade over issues to form a government, making the agreement all the more crucial.

Considering how unusual it is, the current coalition agreement was worked out with relative speed, even though it will have taken nearly 11 weeks by the time the government is likely to be sworn in.

For Chancellor Angela Merkel’s last government, by contrast, the deal-making went for nearly 25 weeks because a first round of coalition talks failed and a second try — with new partners — was needed. The agreement they finally reached was nearly 64,000 words, a record.

The new agreement will be presented by the party’s leaders on Wednesday afternoon. In it the partners found common ground on key policy issues, such as increasing investment in digital and climate infrastructure, refraining from raising taxes or upholding the country’s commitment to democracy and the European Union,

“Germany needs a stable and reliable government that can address the challenges facing our country,” the parties wrote in an outline of their agreement that was made public earlier. “Our talks have shown that we can succeed in this.”

The document presented on Wednesday still needs to be approved by each of the parties’ leadership or members. That process is expected to be completed by early December, after which Mr. Scholz and his new government can be sworn in.

In the recent past, the system allowed coalitions to stay together for the four-year legislative period. In the 1960s and early 1980s, however, several governments fell because the junior partner broke from coalitions both with the conservatives and the Social Democrats.

Each time it was the Free Democrats. 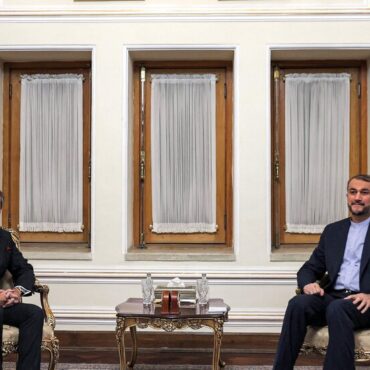 BRUSSELS — In what could be an ill omen for the resumption of talks next week on reviving the 2015 Iran nuclear deal, the head of the International Atomic Energy Agency said on Wednesday that he had failed to convince Iran to replace key equipment needed to monitor its nuclear program.The agency is charged by the United Nations with monitoring nuclear activity among member states. Its inspectors and cameras have […]