A US judge has upheld the sex trafficking conviction of British socialite Ghislaine Maxwell and denied her motion for a new trial.

The 60-year-old had requested a retrial after it emerged that one of the jurors in her trial had failed to disclose he was a victim of sexual abuse.

Her lawyers had argued it meant the trial “was not fair and impartial”.

But Judge Alison Nathan declined to order a new trial weeks after questioning the juror under oath in a New York courtroom.

She said the juror’s failure to disclose his prior sexual abuse during the jury selection process involving a 50-page questionnaire was highly unfortunate, but not deliberate.

Judge Nathan concluded that the juror “harbored no bias” towards Maxwell and “could serve as a fair and impartial juror”.

Her ruling said: “The Court concludes that the Defendant has failed to satisfy the demanding requirements of the controlling Supreme Court decision, McDonough v Greenwood.

“The Court finds Juror 50 testified credibly at the hearing.”

Judge Nathan reasoned that Juror 50 “appeared to testify frankly and honestly, even when the answers he gave were the cause of personal embarrassment and regret”.

She said: “The Court thus credits his testimony that he was distracted as he filled out the questionnaire and ‘skimmed way too fast’, leading him to misunderstand some of the questions.

“Assuming mistakenly that he would not be one of the 12 jurors selected from the hundreds of prospective jurors who had been summoned, he rushed through the questionnaire.

“This led to inaccurate answers.

“Juror 50’s lack of attention and care in responding accurately to every question on the questionnaire is regrettable, but the Court is confident that the failure to disclose was not deliberate.”

During his questioning, Juror 50 said he failed to disclose he was repeatedly sexually abused at the ages of nine and 10 by two people because he “skimmed way too fast” through the questionnaire, calling it “one of the biggest mistakes” of his life.

Judge Nathan granted Juror 50 immunity from prosecution before he answered questions. He said he would invoke his Fifth Amendment privilege without it.

Maxwell, who was labelled “dangerous” by the prosecution during her three-week trial in New York, was found guilty in December last year of enticing vulnerable teenagers to Jeffrey Epstein’s various properties for him to sexually abuse between 1994 and 2004.

She has said she is innocent.

Epstein killed himself in August 2019 while awaiting trial at a federal jail in New York on related sex trafficking charges.

Maxwell is due to be sentenced in New York on June 28. 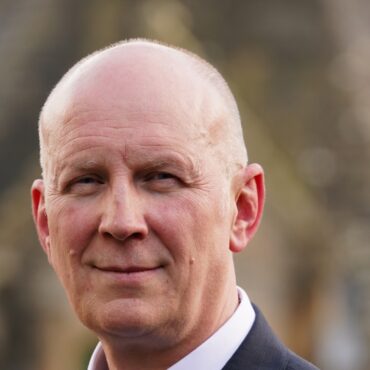 Two veterans, whose paths crossed when fighting during the Falklands war, have been reunited four decades later. Bill McDowell, 60, and Norman McDade, also 60, met for the first time since the 1982 conflict at a home in Bishopton, which is run for veterans by charity Erskine. The pair, who both now live in Erskine, likely came across each other during a transition of British troops onto ships heading into […]