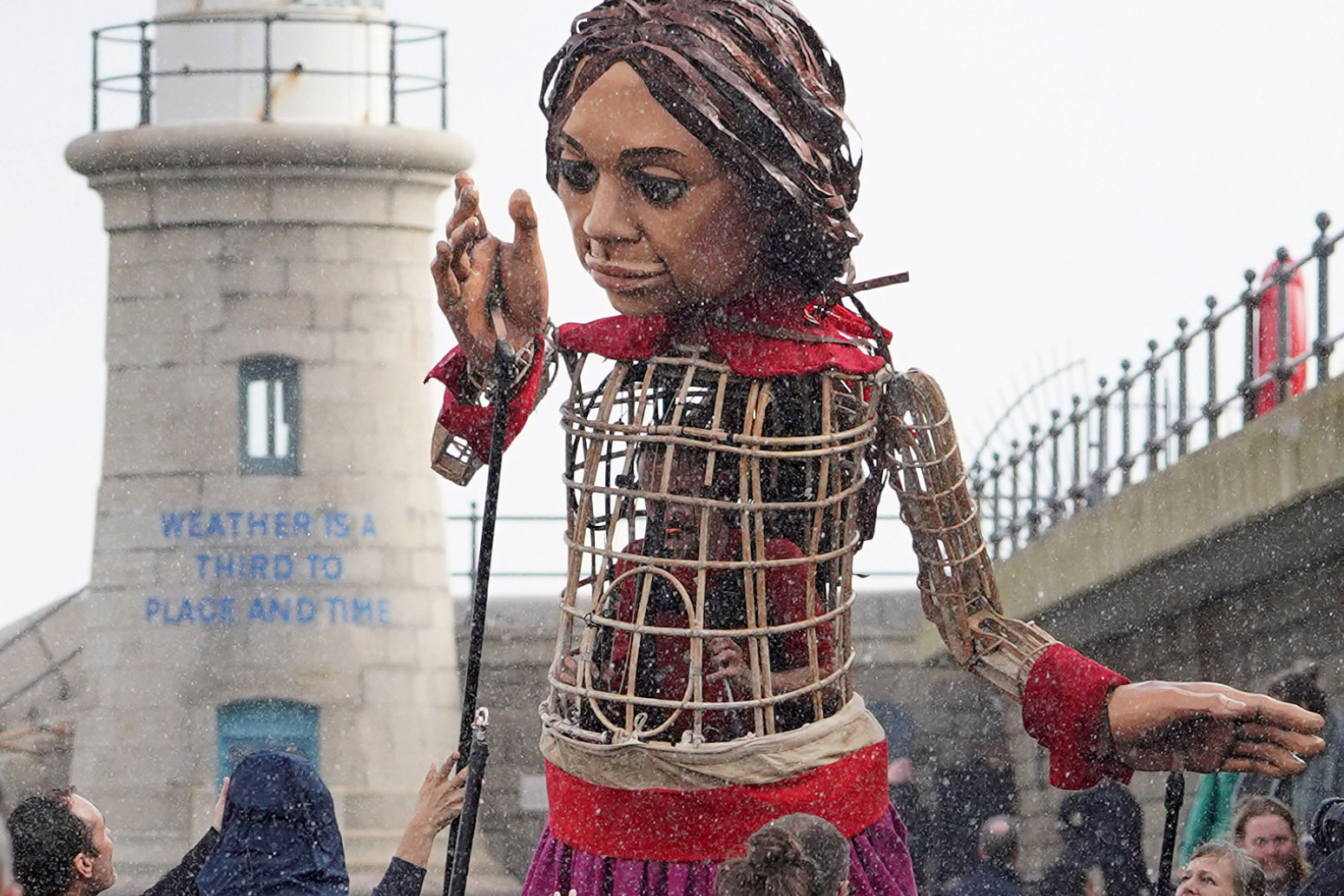 Little Amal has travelled through much of Europe after setting off from the Turkish-Syrian border in July and will finish in Manchester.

A giant puppet of a Syrian child refugee has landed in Kent and taken its first steps in the UK as it continues its 5,000-mile journey symbolising “millions of displaced children”.

Little Amal has travelled through much of Europe after setting off from the Turkish-Syrian border in July and will finish in Manchester.

The 3.5-metre tall puppet of a nine-year-old girl has been greeted by communities all along its epic journey, designed to highlight the plight of child refugees.

It was greeted by actor Jude Law on Folkestone Seafront after arriving in England on Tuesday.

The puppet’s long trek is intended to be a walk for all the children, many unaccompanied and separated from their families, who are forced to undertake extraordinary journeys under life-threatening conditions.

“Little Amal will walk so that we don’t forget them”, organisers say.

The puppet was made by War Horse creators Handspring Puppet Company from a moulded cane body with carbon fibre head, arms and legs.

Little Amal is operated by three people, one standing on a pair of stilts inside its body and two others beside moving its arms.

It comes as the UK Government faces continued criticism over its planned Nationality and Borders Bill, as well as its response to English Channel crossings.

More than 19,500 people have made the dangerous journey across the Dover Strait to Britain this year aboard small boats, according to data compiled by the PA news agency.

Despite this, the UK continues to see far fewer boat arrivals and asylum claims than many of its European counterparts.

At least 87,449 people have arrived in Europe via the Mediterranean by land and sea so far this year, according to data from the United Nations High Commissioner for Refugees (UNHCR).

At least 1,299 people are estimated to be dead or missing, according to the same data. 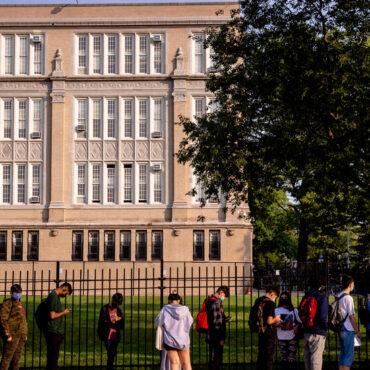 New York City students without permanent housing have significantly lower attendance rates than students with permanent housing, a reality that the coronavirus pandemic has exacerbated, a daunting new study released this week revealed.Advocates for Children of New York, a nonprofit group, analyzed attendance data from the New York City Department of Education and found that attendance rates for students living in shelters fell to just 73 percent in the first […]