Glimpses of ‘Lost Tribe’ Jewish Communities in India and Myanmar 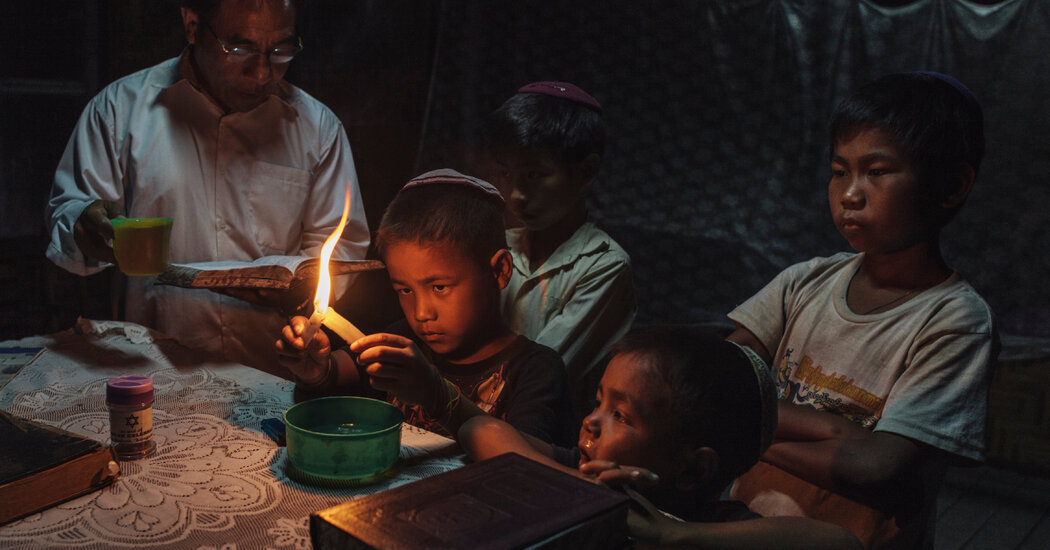 In 2017, while I was traveling through India, a friend from the northeastern state of Assam told me about the communities of Lost Tribe Jews in the neighboring state of Mizoram. Having grown up in a Jewish family without ever fully embracing the religion of my observant parents, I was intrigued and wanted to know more.

Lost Tribe Jews, I soon learned, believe they are descended from the 10 tribes of Israel that were exiled from the ancient kingdom of Israel by Assyrians around the eighth century B.C. I decided to seek out members of the Lost Tribes and see if they would allow me to photograph their rituals and daily lives.

A few weeks later, I arrived in Aizawl, a city built atop densely forested hills. I called a contact from one of the local congregations and arranged a meeting. When two representatives arrived at my hostel, I explained my interest in their community and my wish to photograph their religious services and rituals. They seemed open to the idea but were noncommittal; they would have to talk to the other members before letting me know their decision. The next morning, they called and said that one of the congregants had passed away and invited me to photograph the funeral.

After the funeral, the members of the Shalom Tzion Synagogue welcomed me into their community with an enthusiasm I had never before encountered in any of my documentary projects — and nor have I since. They had only limited contact with other Jewish people and had never met a photographer interested in their community before. There was a mutual curiosity between us, and I found myself answering many questions they had about my upbringing and what life was like in Israel, where I had worked for a number of years as a photographer and journalist.

One of the members of the congregation in Aizawl was from Chin State, in western Myanmar. He told me of a small group of Lost Tribe Jews in Kalay, a small city in the Sagaing Region of his home country. After my time in Aizawl, I decided to find my way there.

After a harrowing series of bus rides lasting more than 24 hours, I arrived in Kalay — a flat, tropical city surrounded by expansive farmlands — and was met by a few Lost Tribe members. I was sleep deprived and dazed by travel, but they informed me that the entire community was eagerly awaiting my arrival at their synagogue. We rode over on motorbikes.

The temple, just outside the city, was a two-story wooden building with thatched bamboo walls and a sheet-metal roof, surrounded by fields. Inside, I met with the 20 or so members of the community who promptly asked me to deliver a speech, which — after spending time with the Lost Tribe communities in Mizoram and obliging similar requests — wasn’t entirely unexpected.

I managed to put some words together in my haggard state and was then treated to a lovely meal that had been prepared by the community in the temple’s backyard.

The community there — which dates to the 1980s, when a group of Christians converted to Judaism — was more isolated than the ones I had come to know in India. They had never before encountered a foreigner, they said, let alone someone who was both Jewish and interested in photographing their community. And yet here, again, I experienced a mutual curiosity and was granted intimate access to their lives.

The Lost Tribe Jews in northeast India and northwest Myanmar are a small minority, numbering less than 10,000, by some estimates. They are easily missed among the region’s Christian and Buddhist populations.

Many of the Lost Tribe communities in northern India formed in the 1950s. British missionaries had converted most of the local population to Christianity, and some of the converts saw connections between the rituals of their old practices and those of the ancient Jews they had read about in the Old Testament.

Eventually, the belief that their ancestors were a tribe of exiled Israelites began to spread.

In the 1970s, thousands of people from the Shinlung tribe in northeast India began taking up the practices and rituals of the Jewish faith. With the help of Eliyahu Avichail, a rabbi who traveled the world in search of Lost Tribe communities, some began moving to Israel — though not without facing skepticism from Israelis who questioned their motives, their sincerity and their historical ties to Judaism.

Rabbi Avichail named the group Bnei Menashe, meaning Sons of Manasseh, which was one of the 10 lost tribes.

The Jews I met in Aizawl told me that they face some discrimination in India. It is hard for them, for example, to find jobs that will allow them time off to observe the Jewish Sabbath and other holidays. Many Lost Tribe members said they no longer feel that they belong in their native countries. Almost all expressed a desire to make aliyah — to immigrate to Israel, the land they believe to be their true homeland as promised to them by God.

Over the last 30 years, thousands of members of the Lost Tribe communities in northeast India have relocated to Israel — partly because, in 2005, the Bnei Menashe were officially declared to have descended from the original tribe of Manasseh.

Initially, I was interested in how Lost Tribe Jews were redefining what it means to be Jewish — by asserting their faith and gaining acceptance by the Israeli government. The existence of these communities complicates notions of Jewish identity while emphasizing its malleability.

But as I spent time photographing and speaking with members from the Lost Tribes, I found myself moved by the sincerity with which they brought the Jewish faith into their lives.

And lately, I find myself returning to the memory of the morning I spent photographing Shabbat services at the temple in Kalay — and how the congregation’s Hebrew prayers blended with the sounds of church bells and Buddhist chants resonating in the distance.

Daniel Tepper is a photojournalist based in New York City. You can follow his work on Instagram. 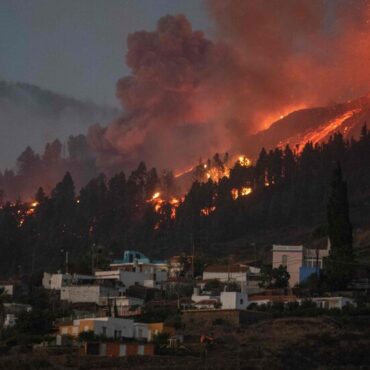 A volcano erupted Sunday on the Spanish island of La Palma, spewing lava and a thick column of smoke and prompting the authorities to evacuate thousands of residents from nearby towns.The eruption was the first in 50 years on La Palma, a resort island in the Canary archipelago popular with visitors from northern Europe. The Canary Islands are in the Atlantic Ocean, off the northwestern coast of Africa.Spain’s military said on […]