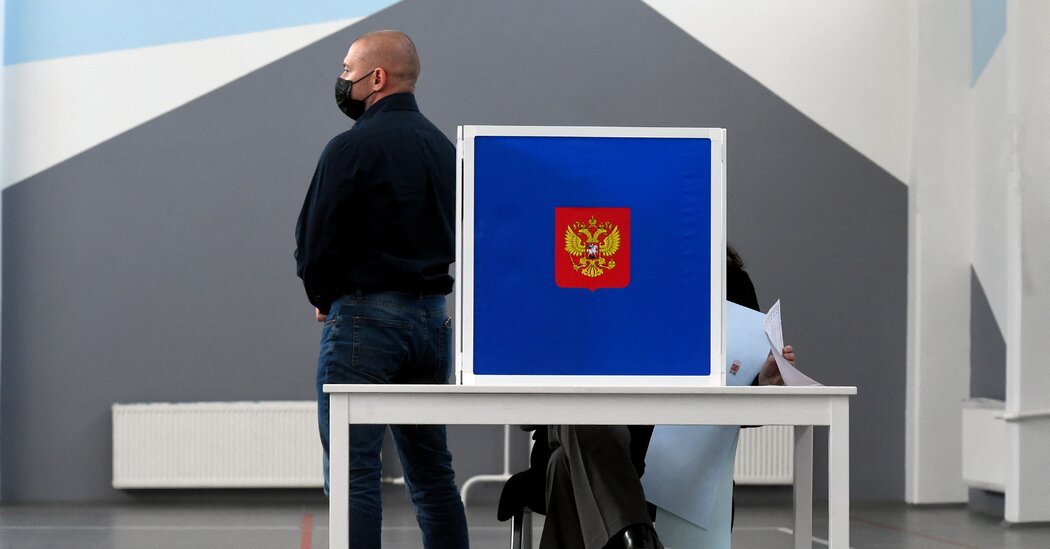 MOSCOW — Russian opposition activists said Google had taken down videos and documents they were using to organize a protest vote in this weekend’s elections, the latest sign of rising pressure from the Kremlin on American internet giants.

The actions by Google in response to government demands involved blocking access inside Russia to several YouTube and Google Docs links being used by allies of the imprisoned opposition leader Aleksei A. Navalny to coordinate protest voting in each of the country’s 225 electoral districts, said the activists, members of Mr. Navalny’s team. On Friday, Google and Apple removed the activist group’s protest-voting app after Russian officials threatened to prosecute the American companies’ employees inside the country.

Google did not immediately respond on Sunday to a request for comment.

“This content is not available in this country domain due to a legal complaint from the government,” a YouTube message says when users in Russia try to open the blocked videos.

Russian elections are not free and fair, and videos appearing to show ballot stuffing and other types of fraud during the three-day vote that started Friday have circulated on social media. Despite slumping approval ratings, United Russia, the governing party of President Vladimir V. Putin, was certain to be declared the victor after polls closed.

Nevertheless, Mr. Navalny’s allies have been hoping to use a tactic they call “smart voting” to deliver a rebuke to Mr. Putin by pooling their votes to elect as many challengers to United Russia as possible, no matter the challengers’ political views.

“This is an election without any choice, and while they can make up whatever result is necessary for them, ‘smart voting’ is a good mechanism,” said Philipp Samsonov, 32, a photographer in Moscow. “I hope that one day I can vote with my heart.”

Mr. Navalny’s strategy has been complicated by the Russian authorities’ cat-and-mouse efforts to shut down the online activism of his exiled allies. After Google complied with the Russian internet regulator’s demands on Saturday that it take down YouTube videos and Google Docs files listing the smart-voting picks, the Navalny team quickly published new videos and documents that were accessible inside Russia on Sunday.

“It might seem strange that a Google Doc somewhere on the internet can change so much,” Mr. Navalny’s allies posted on the messaging app Telegram. “But nevertheless, that’s how it is.”

Google’s compliance with Russia’s demands in recent days has represented a remarkable concession for a company that prides itself on enabling the open exchange of information. In Russia, Google’s products — in particular, YouTube — have helped provide avenues for free expression even as the Kremlin has rolled back democratic freedoms.

Specific threats of prosecution against some of Google’s more than 100 employees inside Russia forced the company to take down the Navalny smartphone app, a person familiar with Google’s decision told The New York Times on Friday. Russian courts in recent months have outlawed Mr. Navalny’s movement as extremist and declared his smart-voting campaign to be illegal.

This weekend’s elections come amid a harsh crackdown on dissent by the Kremlin and murmurings of popular discontent. Apparently fearing a rebuke at the ballot box, the authorities barred just about all well-known opposition figures from running for Parliament, while forcing many dissidents into exile and declaring popular independent media outlets to be “foreign agents.”

The multiday nature of the elections — officially put in place to reduce the spread of the coronavirus — increased the likelihood of fraud by making the process harder to monitor, election observers and Kremlin critics said.

Gennadi A. Zyuganov, the leader of the Communist Party in Russia, said there had been a “huge amount” of violations in the elections and warned of demonstrations in the coming days — a notable statement because the Communists are typically loyal to Mr. Putin on key issues.

“I can’t rule out that all this will lead to mass protests,” Mr. Zyuganov said Saturday on Twitter. “I am sure that people won’t stand for a blatant substitution of their choice.”

Last summer, widespread fraud in the presidential election in neighboring Belarus set off huge street protests — a scenario that analysts say the Kremlin is determined to prevent from occurring in Russia. Buses of riot police officers were stationed around central Moscow throughout the weekend, but it was too soon to tell whether any protests would materialize.

The authorities appeared to be pulling out all the stops to get the typical United Russia base to the polls: public sector workers, members of the military and security services, and pensioners. In central Moscow on Friday, groups of men in civilian clothes, all with similar, tightly cropped haircuts, lined up outside a polling station that covers the Russian Ministry of Defense.

And many Russians continue to support Mr. Putin. Outside a Moscow polling place, a schoolteacher, Tatyana Kolosova, 46, said she had voted against United Russia to inject some “competition into the political sphere.” She said that she hoped for a government shake-up after the elections that would result in more being done to reduce unemployment and support private business.

But she dismissed Mr. Navalny as “an enemy of our country” and promised to vote for Mr. Putin if he ran for a fifth term as president in 2024, recalling the relative poverty and chaos of the 1990s, before he came to power.

“I’m thankful that God gave us such a leader,” she said. 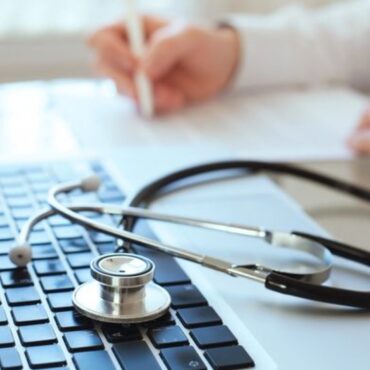