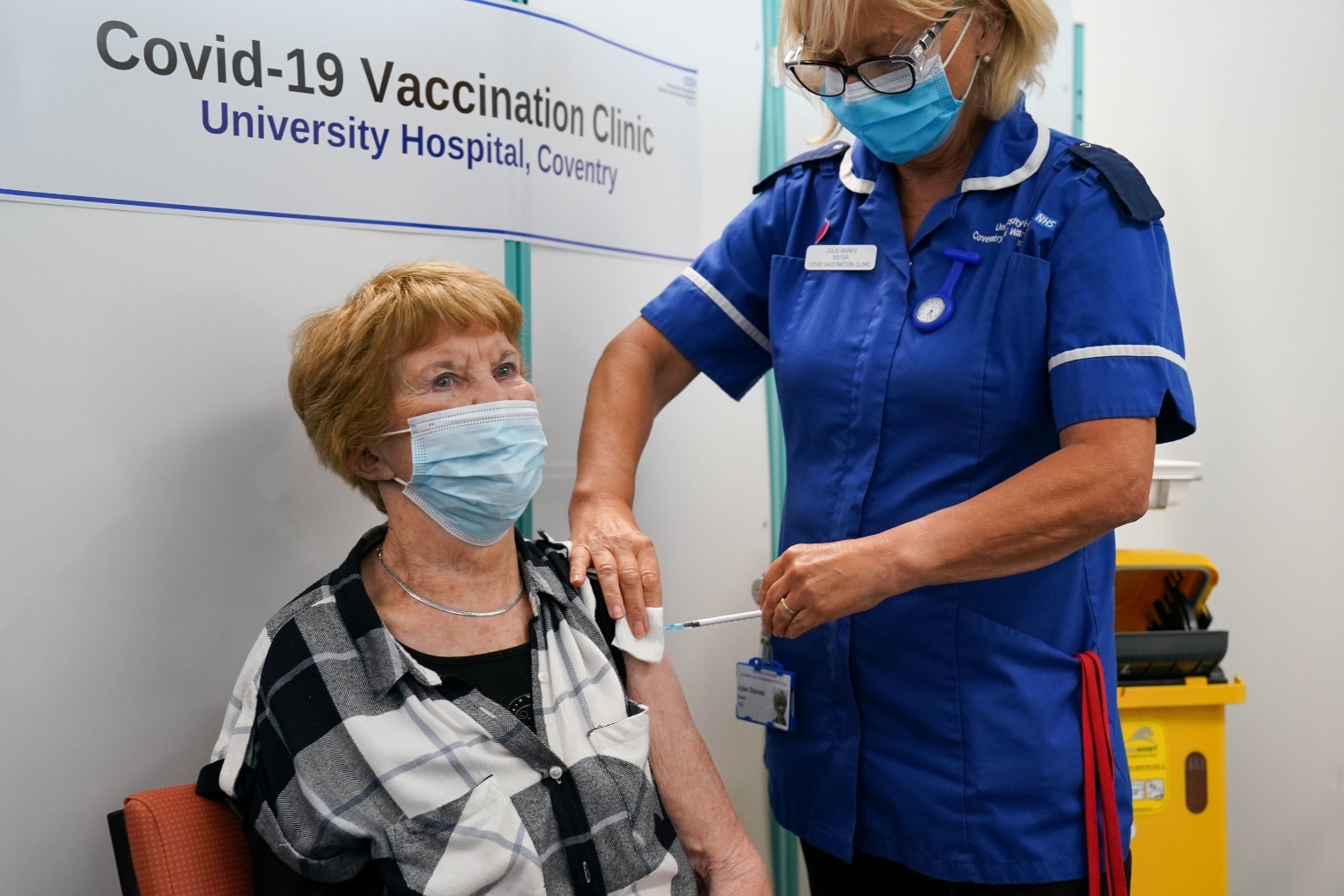 91-year-old grandmother who became the first person in the world to have a Covid-19 vaccine has urged people to have their booster jab, after receiving her shot.

Margaret Keenan returned to University Hospital Coventry, in the West Midlands – where she had the historic injection in December 2020 – to get her booster on Friday.

Afterwards, she told reporters “I feel great”, urging the public to “go for it”.

It comes as the NHS revealed more than 350,000 people have booked a booster this week, as the latest stage of the fight against Covid-19 gets under way.

More than 1.5 million eligible people have so far been invited to book their booster vaccine.

Mrs Keenan, a mother-of-two and grandmother-of-four, was reunited with hospital matron May Parsons – also having her booster jab, as a frontline health worker – with the pair sharing a big hug.

Ms Parsons was the medic who administered Mrs Keenan’s jab on December 8 last year, with Mrs Keenan referring to them both jokingly as “Maggie-May” after they rolled up their sleeves.

As the first person anywhere in the world to have a Covid jab at the start of the mass vaccination programme, the face of Mrs Keenan – known as Maggie – was beamed around the globe.

In April 2021, she urged people to get their second jabs and she is now lending her voice to the NHS campaign supporting the booster rollout.

The nonagenarian, who only retired from her job working in a jeweller’s five years ago, said: “I think, for the few seconds it takes, (they should) go and have the injection because it’s saving their lives; their family’s lives, and saving the NHS.

“I keep saying this all the time, do go and get your vaccination.”

Mrs Keenan, who has lived in Coventry for more than 60 years but is originally from Enniskillen, Northern Ireland, added: “I don’t really know what stops people from having it… there’s nothing to be frightened of.

“It’s protected me in the mind, as well, you know.

“I feel quite confident now, going out, places I wouldn’t have thought about before.

“I felt a bit, not scared, but feel so happy now that I’ve got this done and can be free, if you like.

“I’m happier that I’ve had the jab, I would have probably gone out but I wouldn’t be very happy about it.”

Asked what her message to the public would be, she said: “I’d say go for it, go and have it done, and you’ll feel much better for it – I think that anyway.

“When you walk down the street, you feel a different person, you feel so happy because you feel it’s going to help you and help others.”

Mrs Keenan was also asked about her new-found celebrity status, telling journalists she had received “loads of letters” from “some lovely people” in places including Japan, Australia and the United States.

Ms Parsons also urged people to take up a booster, saying “we are not out of the pandemic just yet” and adding: “The wisest decision is to get vaccinated and protected.”

The matron in respiratory medicine, who has worked for the NHS for almost 20 years since moving from the Philippines, also said she was “absolutely” concerned about the impact on wards this winter, with about 10% of the UK population still having had no vaccine.

She said: “At the moment we are combatting different patients who are coming into our wards, this includes pregnant people who have not been vaccinated and it’s a real worry for me.

“I know the lockdown has gone, but people are not thinking about protecting themselves and obviously their unborn babies.

“It’s thought to be the hardest winter we’re ever going to face, with flu and Covid altogether.

“I can’t say it loud enough – please get vaccinated and protect yourself.

“There’s been a lot of people that have been anti-vaccine.

“Obviously flu is still the highest killer during winter.

“On top of that is Covid, so please, please get vaccinated.”

Ms Parsons also warned that having the booster jab is “really imperative if they want the maximum protection”.

She added: “As humans we need to hug, and we need that physical contact.

“It’s really nice to see she is looking very well, probably better than me.”

Amanda Pritchard, NHS chief executive, said: “The world watched in December as Maggie Keenan became the first in the world to get a Covid vaccine, and since then more than 40 million others across the country have joined her.

“This is testament to the incredible efforts of NHS staff and volunteers, working at speed to protect people from this awful virus.

“If you’re invited, please do come forward for your boost of protection.”

Those eligible for the booster include over-50s, frontline health and care workers and those aged 16-49 at risk of severe illness.

Those who are eligible and had their second vaccine at least six months ago will be invited for a booster, with booking available at www.nhs.uk/covid-vaccination or by calling 119 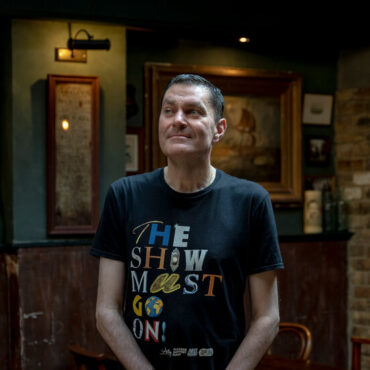 Those expecting a character assassination of Mrs. Thatcher are in for a surprise; the work is more detached than its playwright’s politics might suggest. Though he is an unapologetic Remainer, it is the Euroskeptic Mrs. Thatcher who emerges as not just the dominant figure but, surprisingly perhaps, the nicer one too.Mr. McManus said he wanted to dissipate some of the polarization provoked by Brexit.But perhaps he is just generous by […]