‘Guernica’ Antiwar Tapestry to Be Rehung at U.N. 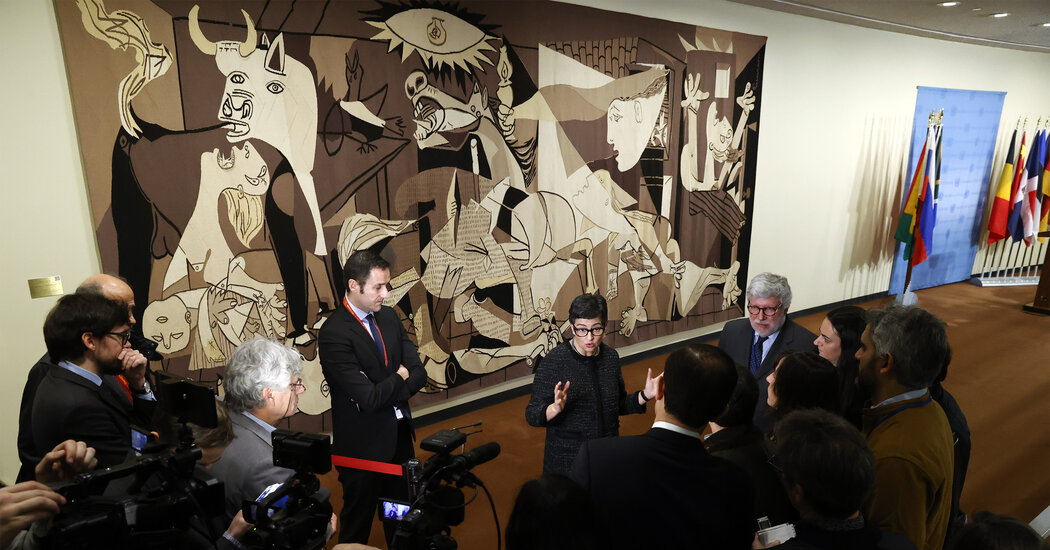 When a 25-foot tapestry replica of Pablo Picasso’s antiwar painting “Guernica” was removed from the United Nations by its owner a year ago after more than three decades there, diplomats mourned the abrupt exit of an artwork that poignantly reflected the organization’s core purpose.

“It’s horrible, horrible, that it is gone,” Secretary General António Guterres said at the time.

Nelson A. Rockefeller Jr., a philanthropist and scion of the family that commissioned and owned the tapestry, offered no public explanation.

Now, it turns out, the disappearance was temporary. The tapestry is to be rehung Saturday at its longtime home outside the Security Council chambers, according to a new arrangement announced by the Rockefeller Brothers Fund and the National Trust for Historic Preservation.

They said in a statement that under a long-term loan to the United Nations, Mr. Rockefeller is the steward of the tapestry and that the National Trust would “handle coordinating its display at other venues in the United States and across the globe.”

Mr. Rockefeller said he had erred a year ago in not explaining the removal of the tapestry, which had been done to clean and preserve it — always with the goal, he said, of displaying the tapestry in public again, not just at the United Nations but elsewhere.

“Simply put, at that time there was some miscommunication,” he said in a telephone interview. After the tapestry was removed, Mr. Rockefeller said, he wrote to Mr. Guterres, “explaining what my intent had been.”

“I can certainly understand how the U.N. and the secretary general had developed a close and strong association with it,” he said.

Mr. Guterres had no immediate comment about the rehanging of the tapestry, but apparently had known about the plan for a while. In a Dec. 15 letter from Mr. Guterres to Mr. Rockefeller quoted in the statement, Mr. Guterres called the plan “most welcome news as we end a difficult year of global hardship and strife.”

The canvas tapestry is a rendering of an original work that Picasso painted in 1937 during the Spanish Civil War. After a 42-year stay at the Museum of Modern Art in New York, the painting was moved to a Madrid museum in 1981.

It portrays the bombing of Guernica, Spain, by Nazi aircraft that killed or wounded a third of the city’s population. The painting’s haunting images of humans and animals have made “Guernica” a potent symbol of war’s atrocities.

Mr. Rockefeller, the son of Nelson Rockefeller, the former vice president and New York governor, said he had always retained his own strong affinity for the tapestry, ever since his father had helped him write an eighth-grade term paper on it.

After his father’s death in 1979, he said, “it was very meaningful to me to continue the connection to the ‘Guernica,’ by having stewardship one day.”

The United Nations has always had a special relationship with the Rockefellers, one of the nation’s wealthiest families, who donated the money used to purchase the 16-acre tract on the East Side of Manhattan that is the organization’s global headquarters.

United Nations officials never replaced the tapestry with other artwork outside the Security Council, an area known as “the stakeout” because diplomats and dignitaries often talk there in front of reporters and TV cameras — and where for more than 35 years, “Guernica” was the visual backdrop.

The artless wall over the past year, it seems in hindsight, was a hint that “Guernica” might return.

Mr. Rockefeller said the United Nations would remain the tapestry’s home base. While the details of its travel for temporary exhibit elsewhere remain to be worked out, he said, “it’s important to me that this get to a broad audience, that is diverse, across the world.” 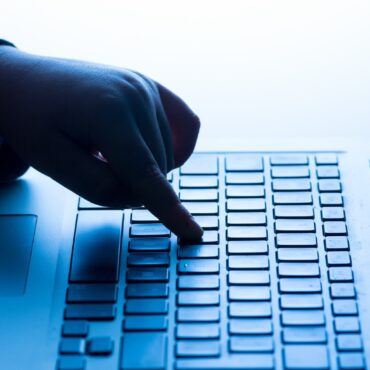