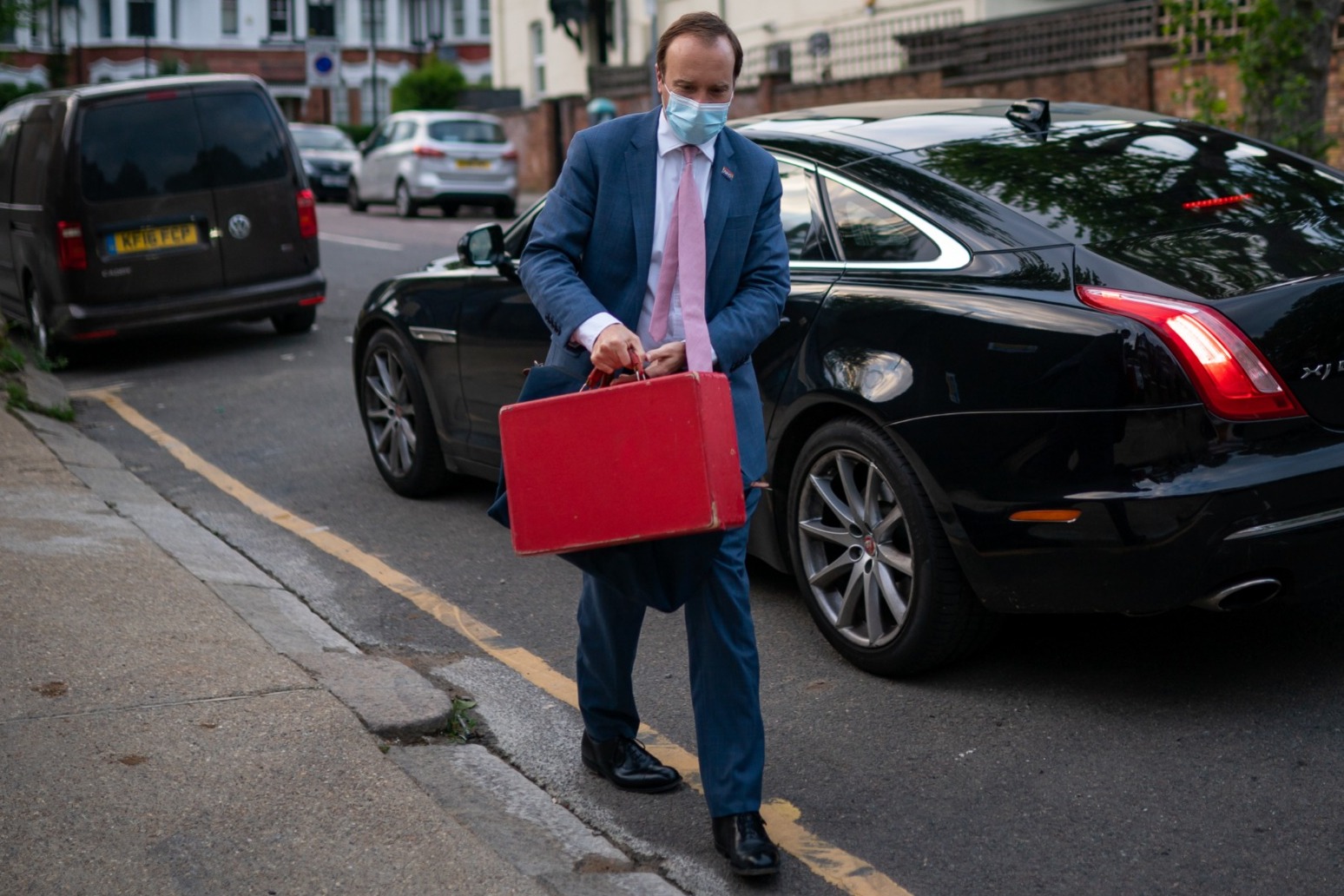 The Health Secretary will face MPs on Thursday over allegations made by former senior No 10 aide Dominic Cummings that he lied to colleagues and performed “disastrously” during the Covid pandemic.

Matt Hancock told the PA news agency on Wednesday night he had not seen Mr Cummings’ seven-hour evidence to MPs as he was “saving lives” by dealing with the vaccination rollout.

He will answer a Commons urgent question and is due to lead a Government press conference, the day after a scathing attack by Mr Cummings who argued the Cabinet minister should have been sacked on 15 to 20 occasions.

The former de facto Downing Street chief of staff, who apologised for his own shortcomings, also claimed the Prime Minister was “unfit” for the job and that “tens of thousands of people died who didn’t need to die” because of the Government’s failings.

As he arrived at his north London home on Wednesday evening, Mr Hancock said: “I haven’t seen this performance today in full, and instead I’ve been dealing with getting the vaccination rollout going, especially to over-30s, and saving lives.

“I’ll be giving a statement to the House of Commons tomorrow and I’ll have more to say then.”

MPs will question Mr Hancock on the claims, which included that Health Secretary indulged in “criminal, disgraceful behaviour” in producing a target of carrying out 100,000 tests per day for coronavirus in April 2020.

A spokesman for Mr Hancock said “we absolutely reject” the criticisms made by Mr Cummings.

Boris Johnson, meanwhile, is likely to face questions of his own about the explosive evidence from his once-closest aide when he visits a hospital on Thursday.

As well as being branded unfit for office, it was alleged Mr Johnson dismissed the pandemic as a “scare story” or the new “swine flu” in early 2020 as the global crisis loomed and wanted to be injected with Covid-19 on television in a bid to calm the nation.

Mr Cummings accused Mr Hancock of performing “disastrously” below the standards expected and that the cabinet secretary – the country’s top civil servant – recommended the Health Secretary should be sacked.

The Vote Leave strategist said he too recommended, sometimes on a daily basis, that Mr Johnson sack the Health Secretary but the Conservative Party leader was warned off the idea because “he’s the person you fire when the inquiry comes along”.

“I think the Secretary of State for Health should’ve been fired for at least 15, 20 things, including lying to everybody on multiple occasions in meeting after meeting in the Cabinet room and publicly,” Mr Cummings told MPs.

Downing Street said on Wednesday Mr Hancock continued to have the confidence of the Prime Minister and the pair were “working closely” to save lives.

The riposte is unlikely to prevent the Government from facing an onslaught of queries about Mr Cummings’ evidence.

In a series of claims, Mr Cummings said:

– It was suggested chief medical officer Professor Chris Whitty should inject Mr Johnson with the virus on live TV to show it was nothing to be scared of.

– Herd immunity from people catching the disease was thought to be inevitable because there was no plan to try to suppress the spread of the virus.

– Then cabinet secretary Sir Mark Sedwill told the Prime Minister to go on TV and explain the herd immunity plan by saying “it’s like the old chicken pox parties, we need people to get this disease because that’s how we get herd immunity by September”.

– The Prime Minister rejected scientific advice for a lockdown in September, instead opting to “hit and hope”.

Mr Cummings, who was ousted from No 10 late last year as part of a behind-the-scenes power struggle, said that, by the end of October 2020, his relationship with Mr Johnson had deteriorated due to the Prime Minister’s delays to ordering an autumn lockdown that could have prevented deaths.

He said that he “fundamentally regarded him as unfit for the job” and that he was attempting to make changes to the “structure around him to try and stop what I thought were extremely bad decisions”.

Offering his version of events of the outset of the pandemic in Britain, Mr Cummings described his mounting panic about the situation in March 2020.

The 49-year-old said there was no plan in place for a lockdown or measures to protect the most vulnerable and quoted deputy cabinet secretary Helen MacNamara who, he claimed, told him that “we’re going to kill thousands of people”.

The first lockdown was finally implemented on March 23, but Mr Cummings said the Prime Minister later regretted the move.

Similar mistakes were made in September as Mr Johnson was urged by Government scientists to impose a second lockdown but he resisted because of economic concerns.

Asked if he had heard Mr Johnson say he would rather see “bodies pile high” than impose another lockdown on the nation, Mr Cummings said: “I heard that in the Prime Minister’s study,” describing BBC reporting of the incident as “accurate”.

Mr Johnson told the Commons, while Mr Cummings was only half-way through his evidence, that dealing with the pandemic had been “appallingly difficult” but that his administration had “at every stage tried to minimise loss of life”. 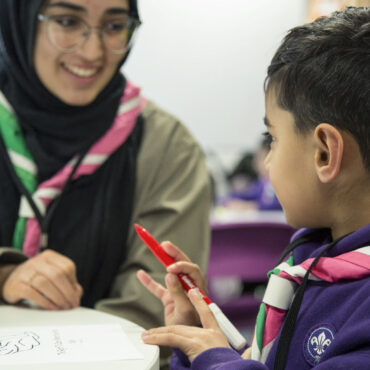 Youth membership has also fallen in the past year The Scouts want to recruit more adult volunteers after losing 15,000 during the coronavirus pandemic. The movement is launching the #GoodForYou campaign which aims to recruit at least 5,000 volunteers after adult volunteer numbers fell from 155,907 in 2020 to 140,810 in 2021. This drop in numbers follows a sustained period of growth, where total membership rose by nearly 200,000 between […]