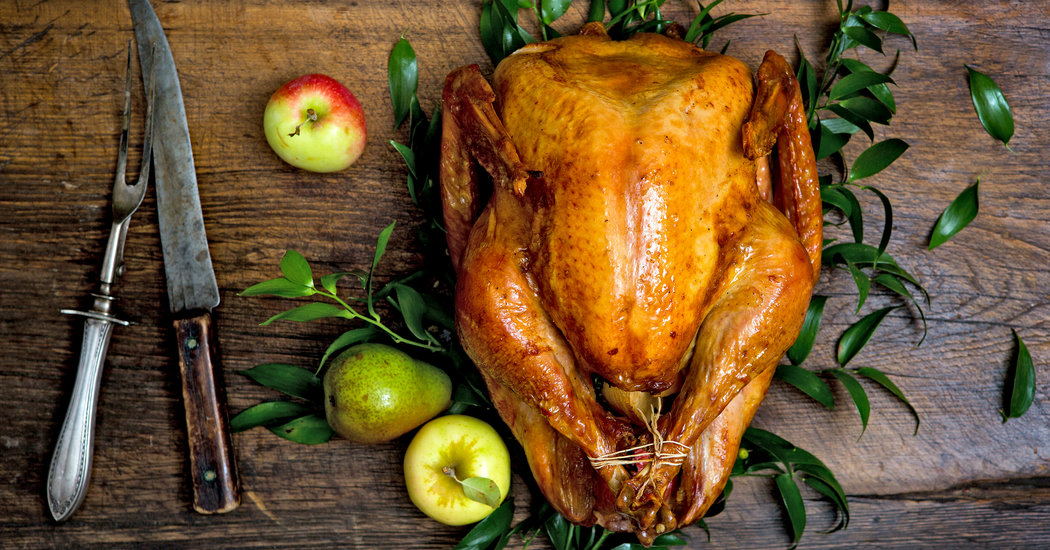 There’s only one thing you really need to know as Thanksgiving gets underway, and it applies whether you’re cooking or filling a seat, whether you’re a guest or a host, and whether you’re working a shift or stuck in an airport. It’s this: Everything is going to be all right.

Everything’s going to be all right because you’re going to repeat that phrase like a mantra until it becomes a fact, until it turns into gear to protect you from whatever foul weather comes your way. Kitchen disasters, rude relatives, guests who are late, failed pies, scorched mashed potatoes, not enough wine — it’s fine. These things happen.

Allow them to happen. Practice radical empathy, for others and for yourself today. And don’t worry ’bout a thing.

Fact, from those of us at New York Times Cooking: Your turkey is done when its internal temperature, measured at the deepest part of the thigh, is 165 degrees. I pull mine out of the oven at 160 or 162, knowing that the temperature will continue to rise as the bird rests on my counter beneath its jaunty foil cap. But I’ve also seen numbers closer to 180 over the years and (see the advice above) tamped down my stress about that. Carved and moistened with stock, and then served with a lot of gravy, an overcooked bird can still make for a marvelous meal.

(Don’t panic if you don’t have a thermometer. Use a fork or a paring knife to pierce the skin of the thigh. If the juices run clear, you’re good. If the legs are loose in their sockets, you’re good.)

Advice: Rest your bird before carving, to allow it to settle. Plan for at least 20 minutes, though I’ve gone as long as an hour with no ill effect.

If you’re looking for help in your cooking today, avail yourself of the resources on New York Times Cooking, including our Thanksgiving FAQ, our best recipes for the feast and our best last-minute recipes. We also have guides to help you roast and carve the turkey, and for making gravy, cranberry sauce, brussels sprouts, pie crust, potatoes and stuffing.

I’m thankful for those. I’m also thankful to you for being a part of The Times. Have a wonderful holiday.

SPORTS NEWS FROM THE ATHLETIC

Injury: The Packers quarterback Aaron Rodgers said yesterday that he’d been playing with a broken thumb since Week 5, which might explain some of those mediocre performances. Rodgers says he’s not considering surgery.

Fight: Seven Michigan State football players are facing charges over a brawl with Michigan players after the Wolverines’ win last month. The authorities charged six of the players with misdemeanors and Khary Crump with felonious assault.

Today’s matches: Portugal takes on Ghana. Brazil, among the tournament’s favorites, plays its first match, against Serbia. Follow all the matches.

“Glass Onion,” a sequel to the twisty, funny whodunit “Knives Out,” is now in theaters. Daniel Craig plays Benoit Blanc, the master detective with the Foghorn Leghorn accent who is once again summoned by rich eccentrics to solve a mystery. This time, the host is a tech billionaire (Edward Norton) who has invited friends to play a murder-mystery game on his private island.

“The plot twists and loops, stretching logic to the breaking point while making a show of following the rules,” A.O. Scott writes in The Times. “I can’t say much about what happens in ‘Glass Onion’ without giving away some surprises, but I can say that some of the pleasure comes from being wrong about what will happen next.”

The pangram from yesterday’s Spelling Bee was namecheck. Here is today’s puzzle.

And here’s today’s Wordle. After, use our bot to get better.

Thanks for spending part of your morning with The Times. See you tomorrow.

P.S. The Athletic, the sports website owned by The Times, is expanding its women’s sports coverage, starting with the W.N.B.A.

There’s no new episode of “The Daily.” On the Modern Love podcast, open marriages collide.

Sign up here to get this newsletter in your inbox.

CNN  —  The body of an Israeli Druze young man that was seized by Palestinian gunmen in Jenin has been transferred to his family, the Israeli military said on Thursday, adding that nothing had been given in return. “We didn’t negotiate in any way with the gunmen that had the body,” an IDF spokesperson said during a briefing. “We didn’t give anything in return. I think at some point they understood that the consequences for this happening would have been […]