Here’s what we know about Biden’s speech on the U.S. Omicron response. 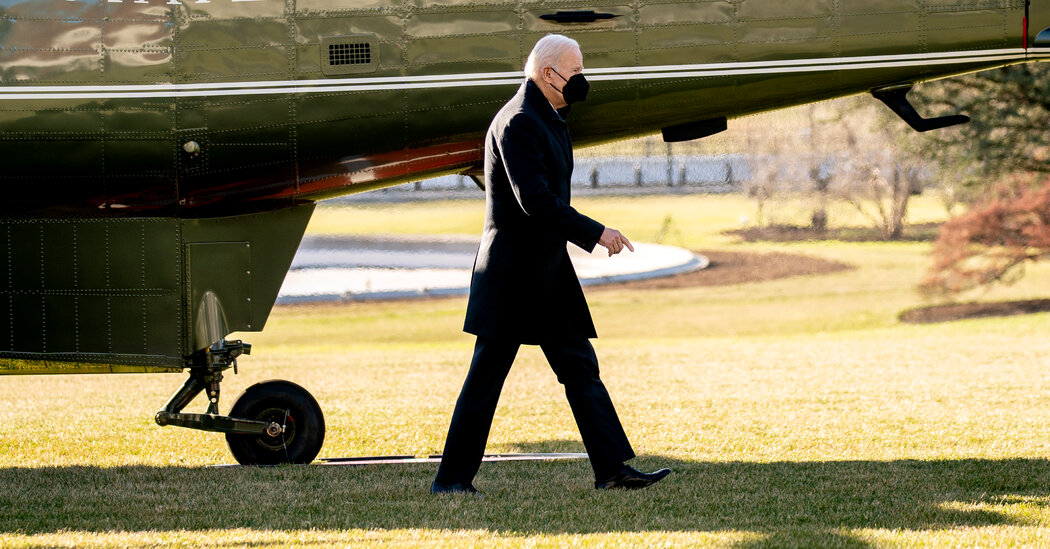 President Biden will announce new steps on Tuesday to confront an alarming surge in coronavirus cases fueled by the infectious new Omicron variant. They include readying 1,000 military medical professionals to help at overburdened hospitals, setting up new federal testing and vaccination sites, deploying hundreds of federal vaccinators and buying 500 million rapid tests to distribute free to the public.

Here’s what we know and don’t know about his speech, which is scheduled for 2:30 p.m., and how his plan will work.

Will the president call for lockdowns? No. The White House is adamant that there is no need for lockdowns at this point.

Will the president advise Americans to forgo holiday gatherings? That depends. Officials say that the president will tell people that they should feel “comfortable” gathering with family if everyone is vaccinated and follows public health protocols like masking and testing if they are exposed to someone with Covid-19. He will remind those who are unvaccinated that they are at high risk, and encourage people to get their shots and booster doses if they are eligible. Boosters increase protection against the Omicron variant.

How will people get their free rapid tests? The administration says it will buy 500 million rapid tests to deliver free, beginning in January, via a website where people can request tests and have them sent to their homes. (Britain, where tests are cheaper and more plentiful, already has such a site.) But White House officials concede the particulars of their plan aren’t fully developed. They have not said whether there would be a limit on the number of tests, or exactly how — via the Postal Service? FedEx? United Parcel Service? — they will be shipped.

Will 500 million tests be enough? Experts have projected there would be roughly 250 million at-home tests available in January. It is unclear whether the new supply of 500 million additional tests will be available right away, or if the administration expects to supply 500 million tests per month. Assuming that supply in January doubles, it would still mean there are fewer than two tests for every American for the entire month.

How will the White House scale up supply? Administration officials say Mr. Biden will continue to invoke the Defense Production Act, the Korean War-era law that gives the president broad powers, largely through executive order, to direct private companies to prioritize orders from the federal government. The administration has already been using the law to scale up test production, officials say, and did so again as recently as last week to ensure that two test manufacturers have the raw materials they needed.

How and where will the military be deployed? Mr. Biden will instruct his defense secretary, Lloyd Austin, to ready 1,000 military doctors, nurses, paramedics and other health professionals to help overburdened hospitals. There are no plans yet to send those troops to specific locations; they will be at the ready in case they are needed, officials say.

Where will the new testing sites be, how many will there be, and when will they open? The exact number of new testing sites is unknown. The administration plans to start with several new sites in New York City that officials say will be open by Christmas.

Where will the new vaccination sites be and when will they open? FEMA is standing up new pop-up vaccination clinics across the country. This includes a new mobile unit in Washington, and four new mobile units across New Mexico that are opening Tuesday, according to a fact sheet distributed by the White House.

The Year in Photos: The War in Ethiopia

The Year in Photos: The War in EthiopiaFinbarr O’ReillyTelling stories through photography ��As it turned out, the war tide was turning in favor of the Tigrayan forces.They had inflicted a series of catastrophic losses on the Ethiopian army, and the army retreated.Original story from https://www.nytimes.com