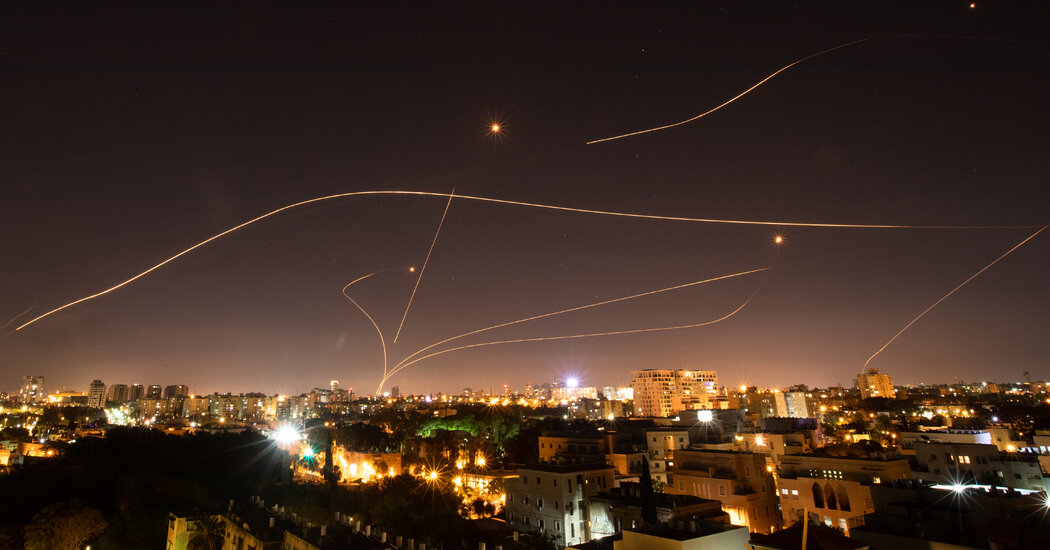 WASHINGTON — The House on Thursday overwhelmingly approved $1 billion in new funding for Israel’s Iron Dome missile defense system, after a debate that exposed bitter divisions among Democrats over U.S. policy toward one of its closest allies.

The vote was 420 to 9 to help Israel replace missile interceptors used during heavy fighting in a devastating rocket and missile war with the Palestinians in May, reflecting the widespread bipartisan support in Congress for Jerusalem that has persisted for decades.

But the lopsided vote came only after days of acrimony between progressives who have accused Israel of human rights abuses and other lawmakers, including party leaders, who said they were appalled and astonished by their colleagues’ refusal to fund a defense system to protect Israeli civilians.

Bitter recriminations over the measure spilled onto the House floor on Thursday, as some progressive Democrats who were opposed called Israel an “apartheid state” and proponents hurled accusations of antisemitism. By the end, Representative Alexandria Ocasio-Cortez of New York, a vocal critic of Israel who had come under scathing criticism from pro-Israel activists for refusing to back the measure, was in tears after switching her “no” vote to “present.”

The back and forth was the latest flare-up in a long-simmering feud between an energized new generation of progressive Democrats — many of them people of color — that has demanded an end to conditions-free aid to Israel and others in the party who argue that the United States must not waver in its backing for Israel’s right to defend itself. The internal tensions come as a growing number of Democrats in Washington, prodded by the party’s left flank, say they are no longer willing to give the country a pass for its treatment of the Palestinians, a shift that has unsettled top Israeli officials.

The tensions erupted at an inopportune time for the party, as Democrats are toiling to bridge internal divisions over domestic policy to salvage President Biden’s agenda.

The dispute began this week, after progressives revolted at the inclusion of the Iron Dome funding in an emergency spending bill, effectively threatening to shut down the government rather than support the money. Democratic leaders were forced to strip it out of that bill, which passed the House on Tuesday, and arrange a separate vote to approve the Iron Dome money.

“I will not support an effort to enable war crimes and human rights abuses and violence,” Representative Rashida Tlaib, Democrat of Michigan, said on Thursday. “We cannot be talking only about Israelis’ need for safety at a time when Palestinians are living under a violent apartheid system and are dying from what Human Rights Watch has said are war crimes.”

The liberals’ maneuver roiled many other Democrats, who said their colleagues’ opposition to funding Israel’s defense was beyond the pale. They noted that during the peak of fighting in May, the Iron Dome intercepted more than 90 percent of the flurry of Hamas-launched rockets that would have otherwise landed in civilian-populated areas.

In an angry speech, Representative Ted Deutch, Democrat of Florida, said he would not allow “one of my colleagues to stand on the floor of the House of Representatives and label the Jewish democratic state of Israel an apartheid state.”

“To falsely characterize the state of Israel is consistent with those who advocate for the dismantling of the one Jewish state in the world,” he said. “When there is no place on the map for one Jewish state, that’s antisemitism, and I reject that.”

Despite the angst, only eight Democrats — as well as one Republican, Representative Thomas Massie of Kentucky — ultimately opposed the measure.

Minutes before the vote closed, Ms. Ocasio-Cortez tearfully huddled with her allies before switching her vote to “present.” The tableau underscored how wrenching the vote was for even outspoken progressives, who have been caught between their principles and the still powerful pro-Israel voices in their party, such as influential lobbyists and rabbis. (A spokesman for Ms. Ocasio-Cortez declined to comment on her change of position.)

Privately, some progressive lawmakers were furious with Representative Steny H. Hoyer of Maryland, the No. 2 Democrat, who pushed for the vote on Iron Dome funding after it was removed from the broader spending bill this week.

His maneuver appeared to be intended to calm Israeli officials, who had watched with alarm as the fight unfolded on Capitol Hill and had closely followed previous efforts by young, liberal lawmakers to cut off U.S. military aid to Israel.

The 2022 fiscal year for the federal government begins on October 1, and President Biden has revealed what he’d like to spend, starting then. But any spending requires approval from both chambers of Congress. Here’s what the plan includes:

After Yair Lapid, Israel’s minister of foreign affairs, called Mr. Hoyer and emphasized the need for the House to approve the request as soon as possible, the congressman assured him that progressives’ initial revolt was no more than a “technical delay,” according to an account of the call released by Mr. Lapid’s office. Hours later, Mr. Hoyer announced that the House would vote to approve the funding later in the week.

Other top Democrats, including Speaker Nancy Pelosi of California and Representative Rosa DeLauro of Connecticut, the chairwoman of the Appropriations Committee, rose on Thursday in support of the legislation. They argued that passing the additional funding was crucial to protecting Israeli civilians and noted that it was an extension of a deal that President Barack Obama struck in 2016.

“This bill demonstrates that Congress’ commitment to our friend and ally Israel is bipartisan and ironclad,” Ms. DeLauro said. “It fulfills our moral imperative to protect the lives of innocent civilians and helps build the foundations for peace.”

But progressive critics offered harsh words about Israel’s conduct and argued that strong backing for the nation in Congress should come to an end. Representative Ilhan Omar, Democrat of Minnesota, said the United States should no longer continue to provide Israel with funding “without addressing the underlying issue of the occupation.”

“This is not about one country,” she said. “If human rights are truly to guide our foreign policy, we need to act like it everywhere. Otherwise, our words ring hollow.”

Eyeing an opportunity to peel away Jewish voters from the Democratic Party, House Republicans cast the altercation as a transgression against Israel. They said progressives’ refusal to allow the funding to pass as part of the broader spending bill was a missed opportunity to support Israel, even though Republicans opposed the measure en masse.

“By blocking funding to resupply the Iron Dome, Democrats made the choice to abandon an opportunity to stand with Israel and its citizens,” said Representative Steve Scalise of Louisiana, the No. 2 Republican. 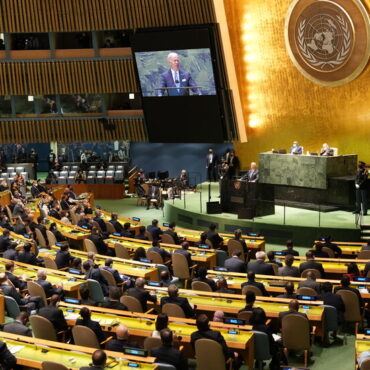 They include Mr. Biden’s continuation of Trump-era trade tariffs, which Democrats roundly denounced before Mr. Biden took office but his officials quickly came to see as a source of leverage in their dealings with China.Similarly, Iranian officials complain bitterly that Mr. Biden has not lifted any of the numerous economic sanctions that Mr. Trump imposed after he withdrew from the nuclear deal. Early in Mr. Biden’s presidency, some European allies […]