How a Fringe Protest in Canada Became a Very Big Deal 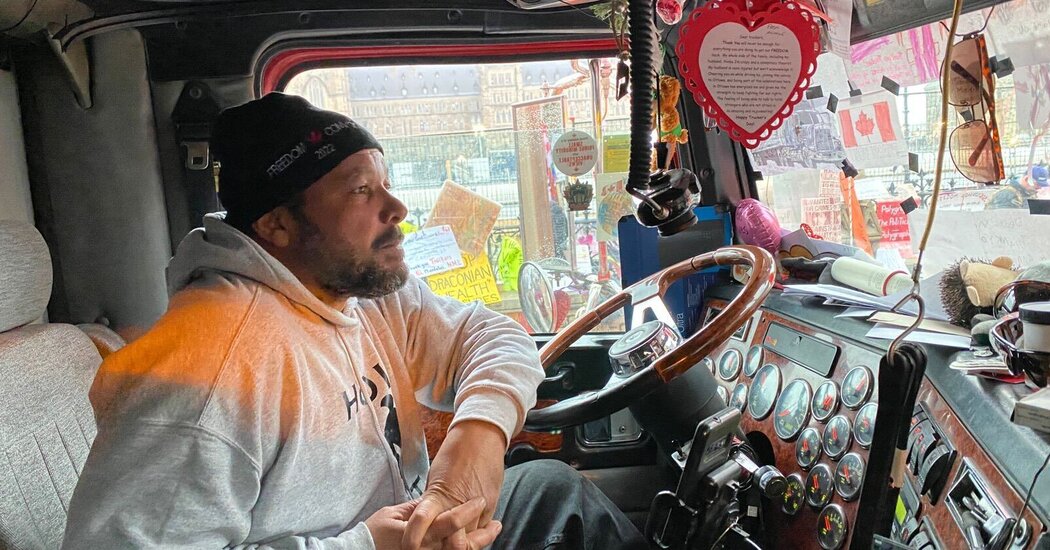 There are plenty of coronavirus deniers and conspiracy theorists marching among the trucks in downtown Ottawa, but Mike Johnson doesn’t count himself among them.

Mr. Johnson, 53, said he wasn’t even particularly concerned about government mandates or vaccine passports until his son urged him to drive to the nation’s capital to protest against them a few weeks ago.

But now his fire engine red truck, the only thing of significant value he owns, is parked right outside Canada’s Parliament — and Mr. Johnson says he’s prepared for the police to seize it and to forsake his livelihood to defend the cause.

“When we turned our headlights toward Ottawa, I don’t think any of us knew what we were driving into,” said Mr. Johnson, a trucker from Niagara, Ontario. “I didn’t realize how bad it was until I got here.”

Many among the protesters have links to far-right parties whose support is so low that they hold no seats in the federal Parliament. Mr. Johnson said that he supports one such party, the People’s Party of Canada, whose leader has railed against multiculturalism, immigration and climate change “hysteria.”

What began as a loose group of protesters against vaccine mandates has transformed into a wider movement against pandemic restrictions in general and the premiership of Prime Minister Justin Trudeau.

The logjam in the nation’s capital, the weekslong blockade of an Ontario bridge that is vital to automakers’ supply chains, and the media projection of all that onto the global stage have given the protests an outsized megaphone and impact.

As the police appear poised to clamp down on the protests, the so-called “Freedom Convoy” will likely live on long after the last trucks depart — if only as a vivid template of how civil disobedience can be effective, in particular in a liberal democracy where the threshold for law enforcement intervening to stop demonstrations can be high.

Much like Occupy Wall Street in 2011, the Canada convoys show that what seem like fringe political movements can gather force at a time of anxiety — and the world’s cameras are pointed at them. Back then, the driving force was anger over endemic social inequality. These days it is a lethal global pandemic.

Mr. Johnson never got vaccinated and didn’t have to — hauling scrap metal around northern Ontario doesn’t require border crossing. He believes the coronavirus is real and when people knock on the door of his cab to talk about conspiracy theories he refuses to engage.

His centrally located truck has become a kind of command station for anyone who needs a break from the bitter cold or a place to charge a phone. The throngs of people who stop by have moved Mr. Johnson with stories of losing their work because they don’t want to get vaccinated.

Mr. Johnson believes that even if the police arrive in force, the truckers will have made a lasting mark on the country by drawing attention to their demands.

“This has already been a positive accomplishment,” he said, eyeing the police car parked on the lawn of the Parliament building. “Regardless of what happens.” 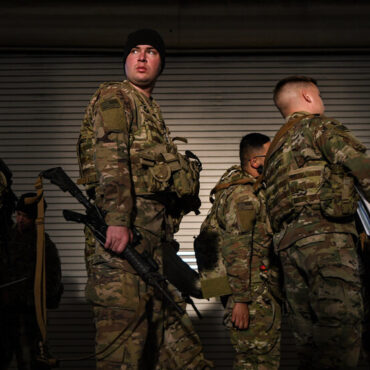 The 82nd Airborne troops, from Fort Bragg, N.C., are expected to train with Polish forces at several locations around the country, said a U.S. military official, who spoke on the condition of anonymity to discuss troop movements.Updated Feb. 17, 2022, 1:05 p.m. ETThe Pentagon has barred reporters from embedding with these newly arrived troops. “We’re just not at a point now where we are able to provide that kind of access,” […]