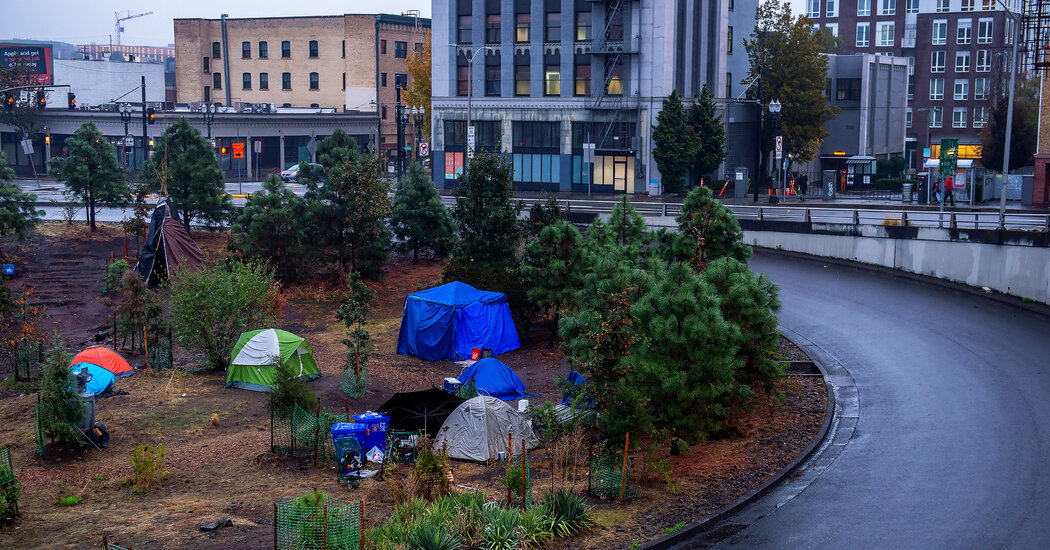 When Mayor Eric Adams of New York City announced on Tuesday a major push to remove people with severe, untreated mental illness from the streets, he waded into an issue that has for years been driving policy — and frustrating policymakers — in cities around the United States and the rest of the world.

Here is a snapshot of a few places where the authorities have been trying to recalibrate their support services for homeless people, including those with mental illnesses.

Mental health care for homeless people has been a legal quandary for more than a half-century in California, dating to a national shift toward deinstitutionalization and a 1967 law — signed by Ronald Reagan, then the state’s governor — that was intended to safeguard the civil rights of Californians who were mentally ill.

The state has spent tens of billions of dollars on homelessness, but efforts have been stymied both by neighborhoods that resist construction of shelters and supportive housing and by structural issues that, for example, make cities responsible for housing and sheltering homeless people, but put counties in charge of the public funding required to provide those who are mentally ill with continuing treatment.

A law signed this year by Gov. Gavin Newsom aims to force some severely mentally ill people into court-ordered treatment and housing, but it will only apply to about 12,000 people with schizophrenia and other serious psychotic disorders, not all of them homeless, and will not start until next year.

Frustration over the city’s homelessness crisis has reached a boiling point. Officials have banned public camping at dozens of sites, as well as within 500 feet of schools and day care centers. City officials have also become increasingly willing to use police force to clear makeshift campsites, and the newly elected mayor, Karen Bass, has vowed to end them.

In San Francisco, a patchwork of programs offers those who are mentally ill and sleeping on the streets respite, shelter and treatment. But experts say that without enough medical workers or housing, those programs often fall dismally short of the need.

“There just isn’t enough of it,” said Margot Kushel, a physician and the director of the Benioff Homelessness and Housing Initiative, a research group that advises policymakers and is based at the University of California, San Francisco. “Without the housing, it all falls apart.”

In Chicago, homelessness is an endemic problem that has become more visible since the pandemic, particularly as encampments have grown under viaducts near Lake Michigan and in parks throughout the city.

But advocates for the homeless say that they have never heard of city employees — from the police department or elsewhere — sending homeless people to hospitals against their will in the manner that Mr. Adams laid out on Tuesday.

“The police are not looking to involuntarily hospitalize people who are not a danger to others,” said Debbie Pavick, chief clinical officer for Thresholds, a nonprofit behavioral health organization that works with homeless people.

Instead, city employees and nonprofit providers work to connect homeless people with services and housing. Thresholds deploys mobile teams of workers in vans to try to engage the homeless and help them to receive primary health care, mental health treatment and medication, among other services, Ms. Pavick said.

In Portland, concerns about homelessness and safety were at the center of recent campaigns for both local and state offices, and the city has now advanced a contentious plan to ban street camping, hoping eventually to direct people who do not have housing into a series of city-run tent sites.

The city has also moved to get more homeless people into mental health care. The region’s capacity for mental health services has long been strained. Two months ago, three hospital systems sued the state, saying that people who were civilly committed because they were a danger to themselves or others ended up languishing in hospitals for months instead of being placed in long-term treatment, such as at the state psychiatric hospital.

Tina Kotek, a Democrat who recently won the governor’s race, has vowed to pursue policies to build more housing, increase the number of people who work with homeless populations, and expand services for those experiencing a mental health crisis.

In East Asian cities, homelessness tends to be far less common than it is in the United States. But the problem does exist, and in some places it worsened during the pandemic as some of the working poor were unable afford housing in expensive real estate markets.

Hong Kong, a Chinese territory with high rates of inequality, is one of several East Asian cities where homeless people have for years sheltered in plain sight, including at 24-hour McDonald’s restaurants. The number of people registered as “street sleepers” in the territory roughly doubled over a seven-year period, to more than 1,500 last year, according to a government report — slightly more than the reported figure in Singapore, another wealthy banking hub in the region.

Data on mental health issues among Hong Kong’s homeless population is scarce. A widely cited 2015 academic survey of 97 homeless people found that more than half suffered from a mental illness — and that most were not receiving psychiatric care.

Hong Kong typically provides subsidized hostels for stays of up to six months, but social workers and other experts have said that the time limit should be extended. They have also asked the government to invest more in public housing and to stop clearing homeless encampments in parks and other public places.

Despite soaring rents and home prices, Australia’s largest city has managed to significantly reduce homelessness over the past five years through programs that combine immediate intervention with public and nonprofit services that include long-term follow-up.

Homelessness has been gradually declining in Sydney ever since the introduction of the Supported Transition and Engagement Program in 2018, which rapidly rehouses the homeless while also providing drug and alcohol counseling, health care and crisis support. In February 2017, the City of Sydney’s street count tallied 433 “rough sleepers” on the streets. This year, in a city of 5.3 million people, that figure had been reduced to 225.

In part, Sydney has built on the strength of its pandemic response. With help from the police, who are empowered under a 2002 law to move people on from public places if they harass anyone or cause others to be fearful, the government paid for homeless people to stay in hotels and affordable apartments as Covid started to peak in 2020. Social service groups connected with the population at that point, helping to foster trust with those who were often difficult to engage.

Australia generally has also benefited from a stock of public housing that, while much smaller than that of many European countries, still houses nearly 4 percent of the population, compared to 1 percent in the United States. It’s not enough — the wait list for so-called social housing in Sydney and the state of New South Wales is 50,000 people long — but with nationalized health care and a robust welfare system, homelessness has not reached anywhere near the levels that can be found in New York or San Francisco, and the trend lines are going down not up. 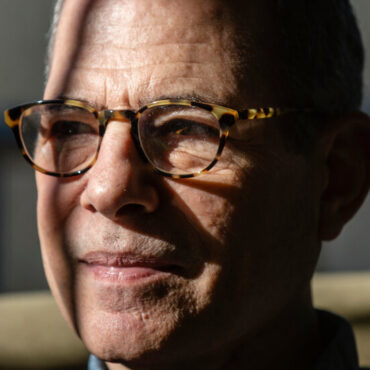 In ‘Mandela: The Lost Tapes,’ a Veteran Journalist Finds Himself

One morning, in the winter of 1992, Richard Stengel found that his rented home in a Johannesburg suburb had been robbed. The television was missing. The stereo, too. Worse, his recorder was gone, and with it three hours of interviews with Nelson Mandela, in service of what would become Mandela’s memoir, “Long Walk to Freedom.” (Stengel, then a 37-year-old freelance journalist, had been hired as a ghostwriter on the strength […]