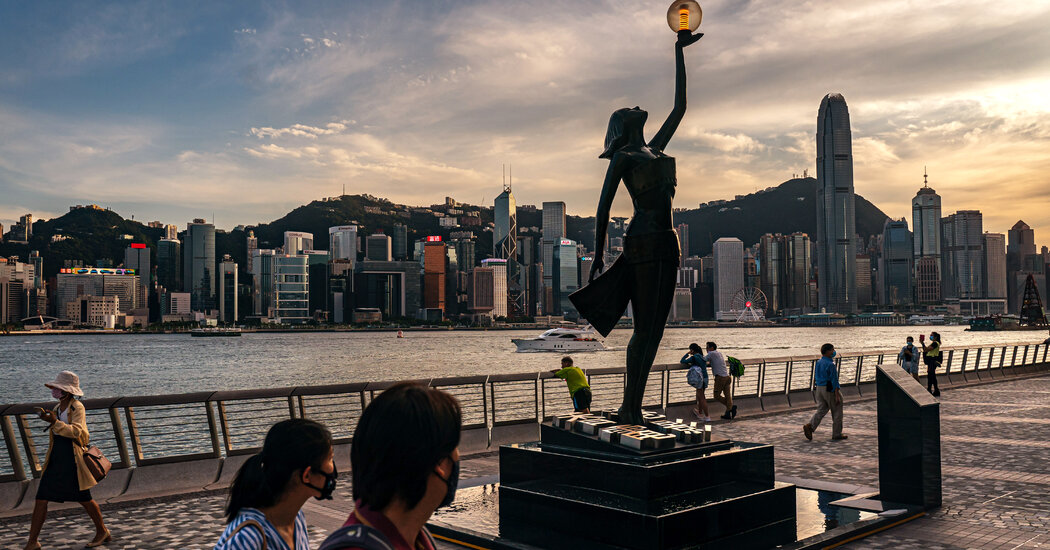 HONG KONG — The director of “Far From Home,” a short, intimate film about a family caught in the tumult of the 2019 antigovernment protests in Hong Kong, had hoped to show off her work at a local film festival in June.

Then the censors stepped in.

They told the director, Mok Kwan-ling, that her film’s title — which in Cantonese could carry a suggestion of cleaning up after a crime — must go. Dialogue expressing sympathy for an arrested protester had to be excised. Scenes of removing items from a room also had to be cut, apparently because they might be construed as concealing evidence.

In total, Ms. Mok was ordered to make 14 cuts from the 25-minute film. But she said that doing so would have destroyed the balance she had attempted to forge between the views of protesters and those who opposed them. So she refused, and her film has thus far gone unseen by the public.

“It was quite contradictory to a good narrative and a good plot,” she said. “If a person is completely good or completely bad, it’s very boring.”

In March, a local theater pulled the prizewinning protest documentary “Inside the Red Brick Wall,” after a state-run newspaper said it incited hatred of China. At least two Hong Kong directors have decided to not release new films locally. When an earlier film by one of those directors was shown to a private gathering last month, the gathering was raided by the police.

Directors say they fear the government will force them to cut their films — and, potentially, put them in prison — if they dismiss demands and show their work.

Beyond the national security law, the government plans to toughen its censorship policies to allow it to ban or force cuts to films deemed “contrary to the interests of national security.” Such powers would also be retroactive, meaning the authorities could bar films that were previously approved. People that show such films could face up to three years in prison.

“Part of the underlying goal of this law is to intimidate Hong Kong filmmakers, investors, producers, distributors and theaters into internalizing self-censorship,” said Shelly Kraicer, a film researcher specializing in Chinese-language cinema. “There will be a lot of ideas that just aren’t going to become projects and projects that aren’t going to be developed into films.”

The new restrictions are unlikely to trouble bigger-budget Hong Kong films, which are increasingly made in collaboration with mainland companies and aimed at the Chinese market. Producers already work to ensure those films comply with mainland censorship. Likewise, distributors and streaming services like Netflix, which is available in Hong Kong but not mainland China, are wary of crossing red lines.

“Netflix is a business first,” said Kenny Ng, an expert on film censorship at Hong Kong Baptist University’s Academy of Film. “They show unconventional films, including politically controversial films, but only from a safe distance. I think Netflix has bigger concerns about access to commercial markets, even in mainland China.”

Netflix representatives did not reply to requests for comment.

The most likely targets of the new rules, which are expected to be approved this fall by Hong Kong’s legislature, are independent documentaries and fictional films that touch on protests and opposition politics.

“For those independent filmmakers who really want to do Hong Kong stories in Hong Kong, it will be very challenging,” said Mr. Au, the director who moved to Canada. “They will have a lot of obstacles. It might even be dangerous.”

The documentary “Inside the Red Brick Wall” was shot by anonymous filmmakers who followed protesters at Hong Kong Polytechnic University when they were besieged by police for two weeks in 2019. In addition to the film being pulled from the local theater, the Arts Development Council of Hong Kong withdrew a $90,000 grant to Ying E Chi, the independent film collective that released it.

The censorship office had initially approved the documentary for audiences over 18, but now some in the film industry believe it could face a retroactive ban.

Creators of the fictional film “Ten Years,” which examined the fears of vanishing culture and freedoms that invigorated the resistance to China’s tightening grip on Hong Kong, say it could also be targeted under the new rules. The filmmakers had difficulties finding venues when the movie was released in 2015, but now it might be banned completely, said Mr. Au, who directed one vignette in the five-part film.

Kiwi Chow, who also directed part of “Ten Years,” knew that his protest documentary “Revolution of Our Times” had no chance of being approved in Hong Kong. Even its overseas premiere at the Cannes Film Festival in July required special precautions. It was shown on short notice near the end of the festival so Beijing couldn’t pressure the organizers to block it.

Mr. Chow sold the film rights to a European distributor and, before he returned to Hong Kong, deleted footage of the film from his own computers out of fear he might be arrested.

Some of the subjects of the 152-minute film, including pro-democracy activists such as Benny Tai and Gwyneth Ho, are now in jail. Mr. Chow feared he, too, might be arrested. Friends and family warned him to leave the city, release the film anonymously or change its title. The title is drawn from the slogan “Liberate Hong Kong, Revolution of Our Times,” which the government has described as an illegal call for Hong Kong independence.

But Mr. Chow said he ultimately went ahead with the film as he had envisioned it out of a sense of responsibility to the project, its subject and crew.

“I need to do what’s right and not let fear shake my beliefs,” he said.

While he has yet to face direct retaliation, he said there were signs it could be coming.

When he attended a small, private showing of “Beyond the Dream,” a nonpolitical romance that he directed, the police raided the event. Mr. Chow and about 40 people who attended the screening at the office of a pro-democracy district representative were each fined about $645 for violating social distancing rules.

“It seems like a warning sign from the regime,” he said. “It’s not very direct. It’s still a question whether the regime has begun its work: Has a case on me been opened?” 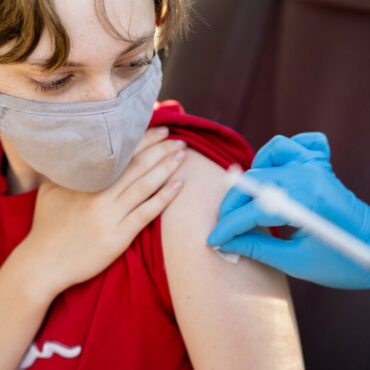 Pfizer and BioNTech announced on Tuesday that they had submitted data to the Food and Drug Administration that the companies said showed that their coronavirus vaccine is safe and effective in children ages 5 to 11.The companies said that they would submit a formal request to regulators to allow a pediatric dose of their vaccine to be administered in the United States in the coming weeks. Similar requests will be […]