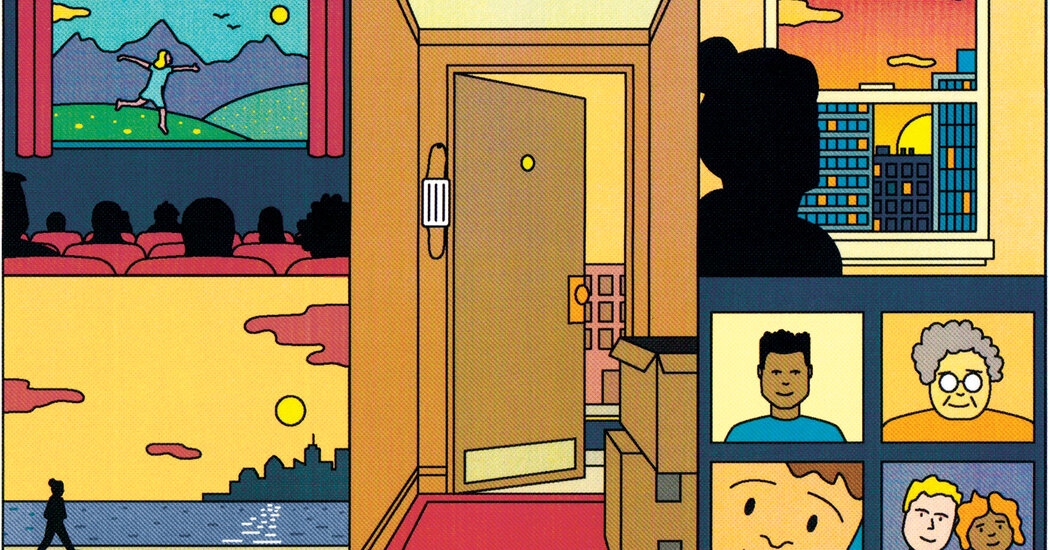 The 7 p.m. screening of “The Worst Person in the World” at the cinema down the street was pretty packed the other night. Couples on dates, groups of friends, solo showgoers who got there early to snag good seats. How many were seeing their first movie outside the house in months, or years?

I went to the movies because going to the movies is, theoretically, enjoyable. It’s one of the activities that, before the languishing set in, was central to my idea of a life well lived. I went because I was attempting to practice behavioral activation, the theory that your actions can influence your mood, which the executive coach Brad Stulberg wrote about recently in The Times. When motivation is in short supply, “you shift the focus to getting started with what you have planned in front of you,” he wrote, “taking your feelings, whatever they may be, along for the ride.”

Taking my feelings to the movies was, on balance, successful. Being in an audience, emoting in concert, even squeezing past the bitter-enders in my row who sat all the way through the credits, felt good. It felt like a two-hour workout for my weakened living-life muscles.

With the hubris of a weekend warrior who completes one strenuous session at the gym and signs up for a Tough Mudder, I resolved to hit a museum the next day. “You don’t need to feel good to get going,” Stulberg told my colleague Lindsay Crouse last year. “You need to get going to give yourself a chance to feel good.”

In the tidy narrative I’d like to tell, the following afternoon finds me wandering MoMA, awakening to the healing power of art. Instead, I couldn’t get out the door. Going to a museum on a Tuesday was impractical, I reasoned; I had work to do. But going to a museum is a treat, behaviorally activating me countered. It seemed absurd that I needed to grit my teeth to engage in something that was supposed to be fun.

Stulberg cautions against being your own drill sergeant. His advice isn’t to force yourself to live, no matter what, but rather to begin by “reflecting on what matters to you most, what provides you with a sense of well-being and groundedness.”

So I skipped the museum. Instead, I called my friend Andy, a clinical psychologist. For a lot of people, she said, the key isn’t making themselves do things that they think they should be doing, but being in contact with and getting comfort from others.

Of course. The part about going to the movies that was so thrilling was not the film itself (although it was as good as I’d heard) but being around other humans, tearing up at the end and realizing that the people on either side of me were sniffling, too.

And so it made sense that the best part of my week wasn’t any generic cultural outing, but the virtual documentary-watching party some friends and I have held since the pandemic began. A weekly video date, it’s equal parts watching and socializing. I thought we’d switch to in-person meet-ups once it was safe to do so, but now I’m not so sure. What started as a substitute for socializing has become a source of joy in its own right.

What you get for $1.8 million: A contemporary house in Stoneham, Maine; a midcentury modern in Pasadena, Calif.; or a pueblo-style retreat in Santa Fe, N.M.

The Hunt: They wanted to move uptown for more space. Which home did they choose? Play our game.

Homeownership alternatives: What to know about rent-to-own leases and other nontraditional options.

Get weird: Dance class is in session; time to flail.

GAME OF THE WEEKEND

N.B.A. slam dunk contest: It’s All-Star weekend for the N.B.A. The festivities go beyond basketball; celebrities pack the stands, and the musical lineup rivals the Super Bowl. But the highlight remains the slam dunk contest. The formula hasn’t changed in decades — contestants dunk, judges hold up score cards — but the jams seem to get more elaborate every year. Will there be costumes? Will someone jump over a car? 8 Eastern tonight on TNT. 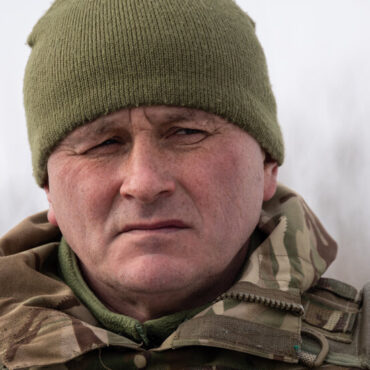 MARIUPOL, UKRAINE — Paramilitary groups are actively preparing for a Russian invasion near Ukraine’s front line with Russia-backed separatists.The Ukrainian government insists that independent armed groups have no part in its war in the east, and that these fighters don’t exist there. But New York Times journalists recently contacted three paramilitary groups that claim to operate near the front line of the conflict. One allowed us to film them this […]