How Ukraine Is Training Civilians to Fight Against a Russian Invasion 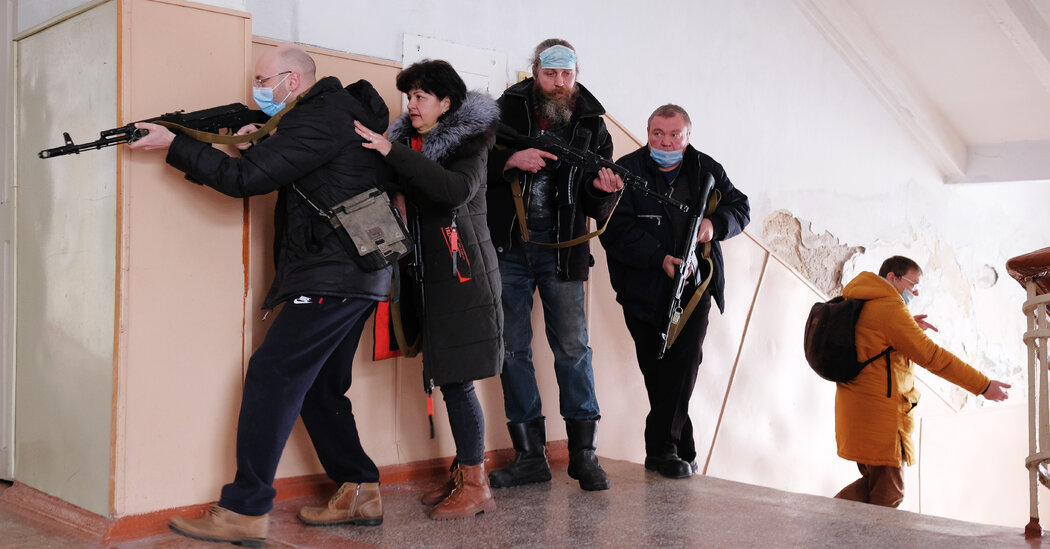 new video loaded: How Ukraine Is Training Civilians to Fight Against a Russian Invasion

How Ukraine Is Training Civilians to Fight Against a Russian Invasion

The Ukrainian military is training civilians to help defend against a possible Russian invasion and occupation. Our cameras went inside a training center in the southeastern city of Mariupol.

In a former school building in southeast Ukraine, military officers are training local residents in urban warfare. The Ukrainian government aims to recruit about 130,000 civilians to bolster its defense if a war with Russia breaks out. The military will rely on them to fight. For some of these civilians, this is the first step in becoming part of what the government calls the Territorial Defense Force. Volunteers also learn how to apply first aid and to identify explosives. While untested in battle, these men and women are determined to defend their city. 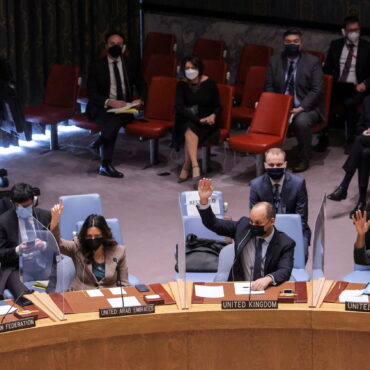 Watch: The U.S. and Russia exchange bitter accusations at the U.N. Security Council.

Read in appFeb. 1, 2022Updated 8:24 a.m. ETVideotranscriptBackbars0:00/1:30-0:00transcriptU.S. and Russian Diplomats Clash at U.N. Security Council MeetingRussia called the public meeting on the Ukraine crisis an example of “megaphone diplomacy,” while the U.S. criticized Russia, saying, “Imagine how uncomfortable you would be if you had 100,000 troops sitting at your border.”Voice of translator: “We are being asked to convene this Security Council meeting on unfounded accusations that we have refuted […]