‘I wasn’t just famous; I was famously sexy’: Model Emily Ratajkowski on the dangers of being desired

In Emily Ratajkowski’s new essay collection, “My Body, ” the story of Audrey Munson, the teenager dubbed “America’s first supermodel,” serves as a powerful reminder of the perils of being idolized.

Having posed for some of the early 20th century’s great sculptors, Munson can today be found at parks, plazas and state capitols across America. But after inspiring several high-profile statues — including Civic Fame, the gilded copper woman perched atop New York’s Municipal Building — she attempted suicide in 1922, aged 28, and was committed to a psychiatric hospital at 39 where she spent the last six decades of her life.

“I suppose this is the life cycle of a muse,” Ratajkowski writes in “Men Like You,” one of 12 essays in the collection. “Get discovered, be immortalized in art for which you’re never paid, and die in obscurity.”

Ratajkowski may be a long way from obscurity, but she is still something of a muse. Her likeness has helped sell everything from burgers to Buick cars. With over 28 million Instagram followers and a modeling portfolio that skews more lingerie than high fashion (her agency dubbed her a “‘commercial swim’ girl” best suited to catalog work, she writes), Ratajkowski has been presented by the media as a modern day sex symbol — which is why her reflections on objectification and exploitation are so fascinating.

“When I was writing, I really didn’t think about publishing,” she told CNN Style during a video call, “because it was one of the only ways I could be really vulnerable and honest, not to think about anyone reading it.”

At 21, Ratajkowski was catapulted to fame after she appeared naked in the music video for Robin Thicke’s 2013 track “Blurred Lines,” which has since garnered over 768 million views on YouTube. “I wasn’t just famous; I was famously sexy, which, in many ways, felt gratifying,” she writes in an essay named after Thicke’s song. Now aged 30, Ratajkowski details the experience of being an object of intense desire — from the euphoric highs to the warping psychological lows.

In “K-Spa,” after relishing the anonymity of a women-only spa for more than 15 pages, Ratajkowski recounts being hit on by a truck driver as she drove home from LA’s Koreatown. She is despondent at first, but the satisfaction of external validation soon emerges: “I guess he thought I looked pretty” she writes. “I smirk a little despite myself. I notice that my lips look pale. As I drive home, I reach into my bag and put on some lipstick.”

She also explores the intoxicating effect beauty can have on the powerful — in “Transactions,” Ratajkowski claims she was paid $25,000 to attend the 2014 Super Bowl with Jho Low, the Malaysian billionaire at the center of the 1MDB scandal.

The essays are filled with anecdotes illustrating the double-edged nature of desire, which Ratajkowski hopes makes them all the more accessible.

“I feel like we hear words like ‘patriarchy’ and ‘capitalism,’ and (these feel like) big words and these big concepts, but I wanted to explore the ways that those things show up in everyday situations,” she explained.

“For me, this book was about talking about the moments where women can be very vulnerable, and the power dynamics that are often concealed. That’s what I really would like to see: more of a conversation around those power dynamics.”

The book details several instances of sexual assault over the course of her career, events she gave a lot of thought to before the book was published. “I really was careful about what I chose to include and why,” she said. “The reason I wrote about those experiences wasn’t like, ‘Oh, I’m going to (write) down a list of moments where I’ve been sexually assaulted.’ It was more, ‘Let me return to the moments that I have a lot of shame around, that I feel really unresolved feelings around, and I’m interested in exploring why.'”

There are no neat resolutions in “My Body,” but rather Ratajkowski weighing up where exploiting her image has got her and confessing — with striking vulnerability — the agony and ecstasy of being idolized. “Worse than arm candy is invisible, right?” she writes, before an unpleasant interaction with her husbands’ manager causes her to unravel: “I shut my eyes tight. I felt a sudden urge to disappear.”

The modeling industry does not get off lightly, either. From agents abandoning a young Ratajkowski in precarious situations to an unhealthy obsession with weight loss (work apparently only started to pick up after a bad bout of stomach flu caused her to drop ten pounds in a week), “My Body” depicts the fashion world as predatory and disorientating. And yet, the star has no plans to quit the business.

“I’ve found ways to carve out control where I can, and that’s been really helpful to me,” she explained. “The industry really teaches you that you’re replaceable, and that the less agreeable you are, the less likely you are to be hired. That felt very scary when I was a young model doing it for money. But the other thing is that I’m in a different position. Now, I’m not an unknown model.”

Her decision to continue modeling has already been chided by some as evading the very issues she herself raises, but Ratajkowski asserts she would “never fault any woman for trying to operate within the confines of the world we live in.”

“I mean, I am complicit.” she continued. “But I also think it’s a mistake to shame a young woman for wearing a tight dress because she wants to be noticed by someone powerful. I don’t think that we should continue to criticize women for saying, ‘This is how I can succeed and capitalize off of my image or my body.’ That is an extension of the same misogyny I’ve seen so much in my life. We are all complicit.”

Throughout her essays, Ratajkowski ponders the fleeting life cycle of a muse. She quotes Audrey Munson, the sculptor’s model immortalized in stone and bronze, whose reflections on the transience of their trade feel as relevant now as they did a century ago.

“What becomes of the artists’ models?” Munson once wrote. “I am wondering if many of my readers have not stood before a masterpiece of lovely sculpture or a remarkable painting of a young girl, her very abandonment of draperies accentuating rather than diminishing her modesty and purity, and asked themselves the question, ‘Where is she now, this model who was so beautiful?'” 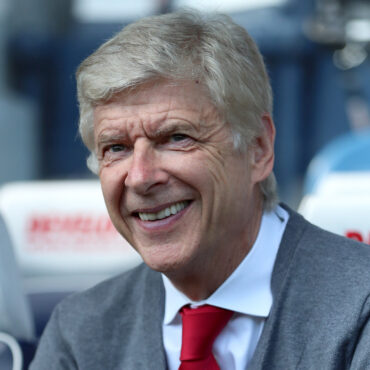