In an effort to lure Berliners, Covid shots are made available on a train. 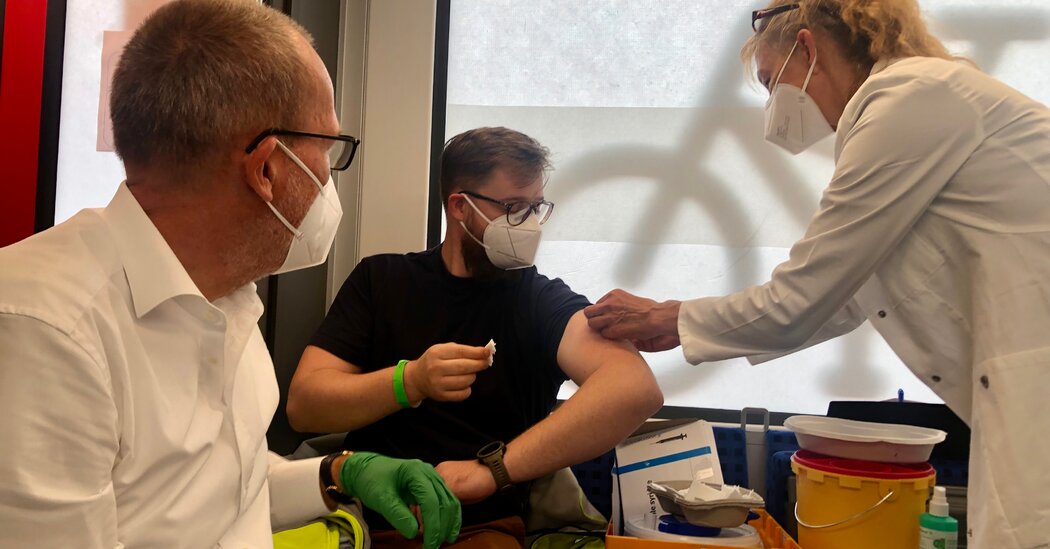 BERLIN — In an effort to convince holdouts to get inoculated against the coronavirus, a train of the S-Bahn, the iconic red-and-orange line in Berlin, was converted into a mobile vaccination center on Monday.

“I think it’s really super,” said Max Kietzmann, 18, who was one of the first to get a shot — the one-and-done Johnson & Johnson vaccine — on the train on Monday morning. “It’s so easy — it literally comes to you,” he added.

The German authorities are working to persuade unvaccinated residents to get the shots to try to flatten a fourth wave of the pandemic. Despite a relatively successful vaccination campaign in the early summer months, when daily inoculations reached more than a million, the number of new vaccinations has flattened in Germany recently. About 60 percent of the population is now fully vaccinated, according to the Our World in Data project at the University of Oxford.

Politicians and public figures have made direct appeals, and a system of free testing will be abandoned next month, meaning that people will have to pay to obtain proof of a negative result, which is needed for certain activities, such as indoor dining or visiting a hair salon. State and city officials are also trying to make it easier to get a shot, for example by setting up vaccination posts at dance clubs or malls.

In the case of the S-Bahn train, the mobile vaccination center traced a normal one-hour route around the city, with passengers seeking a shot allowed to board at four major stops. The initiative, which was scheduled for Monday only but may be repeated if demand proves high, was aimed at catching commuters who had simply not found the time to get inoculated since doses were made available to all in Germany in July.

Appropriately, Dr. Christian Gravert, the physician onboard, started his medical career on a ship. He noted that the train ride was relatively smooth. “I have performed an appendectomy on the high seas, I trust myself to inject here,” he said. 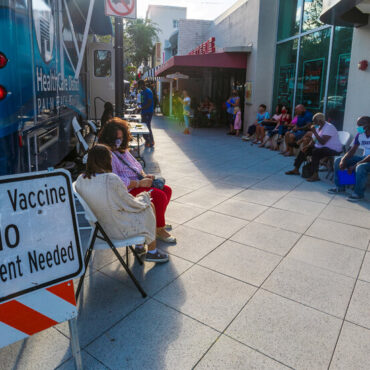 As it turns out, the two groups were different. The first Israelis to have received the vaccine tended to be more affluent and educated. By coincidence, these same groups later were among the first exposed to the Delta variant, perhaps because they were more likely to travel. Their higher infection rate may have stemmed from the new risks they were taking, not any change in their vaccine protection.Statisticians have a […]