In China, Abducting Children in a Bid to Gain Custody 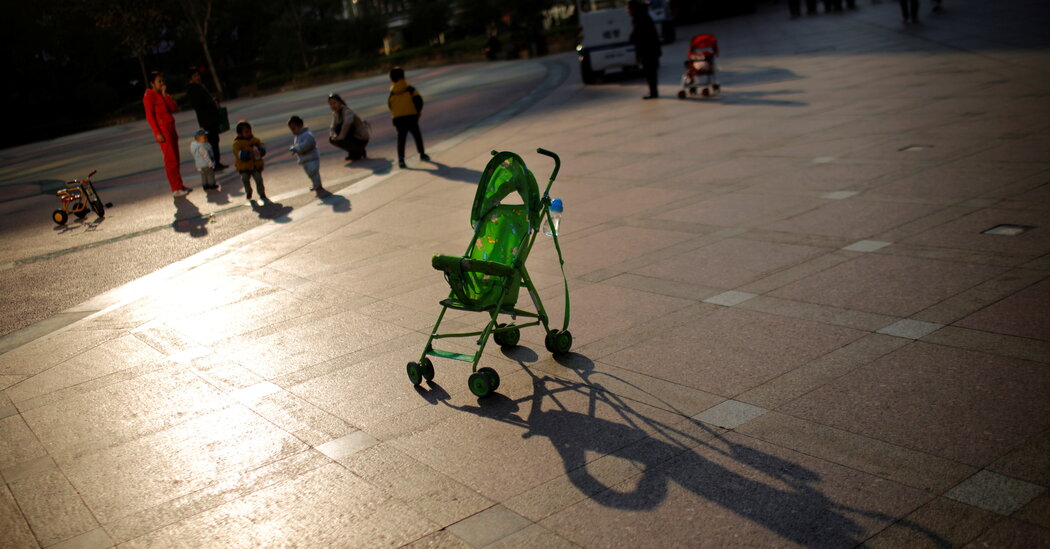 The men and women wrestled Wang Jianna to the ground. Holding down her legs and shoulders, they pried her 6-month-old baby from her arms and took off running.

A surveillance camera captured it all. But there was little Ms. Wang could do: The person leading the abduction on the street outside her mother’s home was her partner, the baby’s father.

The police in the northern Chinese city of Tianjin refused to get involved, according to Ms. Wang, saying it was not possible for a parent to abduct his own child. Then a court granted sole custody to Ms. Wang’s partner, citing a need to keep the baby in “familiar surroundings.”

That afternoon in January 2017 was the last time Ms. Wang saw her daughter in person.

“I feel deeply wronged,” said Ms. Wang, 36. “Although snatching is unreasonable and unjustified, the court still supported it.”

Custody battles can be bitter affairs anywhere in the world. In China, where courts rarely grant joint physical custody, disputes over children are especially acrimonious. Judges often keep children in their existing living environment, saying it’s best for their well-being. But it creates a perverse incentive for parents going through a split to abduct and hide their children to win sole custody.

Nine months after Ms. Wang’s child was snatched, the police in Tianjin acknowledged in a final report that her partner, Liu Zhongmin, had injured Ms. Wang and her mother during a “physical dispute over a child,” according to a copy of the report viewed by The New York Times. The police ordered Mr. Liu to serve a 10-day administrative detention and pay a fine of about $75 for causing physical harm. But the officers did not blame him for taking the child.

Mr. Liu could not be reached for comment. His lawyer and one of the people alleged to have been involved in snatching the child hung up the phone when asked for comment.

For decades, Chinese law did not make it a crime for parents to kidnap and conceal their own children. The problem has become more widespread as the country’s divorce rate has steadily risen. Most divorces in China are settled privately, which can result in custody-sharing agreements. But for couples who go to court, it is often all or nothing.

In June, the government sought to address the problem by outlawing abductions for custody purposes. Activists welcomed the law but said it was too early to tell whether it would make a difference.

An estimated 80,000 children were abducted and hidden for custody purposes in 2019, according to a recent report by Zhang Jing, a prominent family lawyer in Beijing, citing figures released by China’s highest court.

Many say the figures are most likely higher. A longtime judge in the southern Chinese city of Guangzhou told state news media in 2019 that more than half the contested divorce cases she saw involved the abduction of a child for custody purposes.

More often than not, fathers are behind the kidnappings. Men were responsible in over 60 percent of such cases, Ms. Zhang found. The abductions involved mostly sons under age 6, reflecting the traditional emphasis in China on boys as carriers of the family name.

“It’s become almost a game — whoever has physical custody has legal custody,” said Dai Xiaolei, who founded Purple Ribbon Mother’s Love, a grass-roots advocacy group, after losing a custody battle with her ex-husband. “It’s a free-for-all.”

Ms. Wang said the violence against her began in 2016, when she was about five months pregnant with her daughter, Jiayi. She and Mr. Liu were living together; they had never officially registered their marriage. One month after Ms. Wang gave birth, she said, Mr. Liu beat her again after she asked him to get some diapers.

Court documents confirmed that Ms. Wang had told a judge that Mr. Liu often quarreled with her “over trivial matters, even beating and insulting her.” Mr. Liu rejected Ms. Wang’s request for custody but did not address her specific claims, the documents show.

The violence continued for months, Ms. Wang said, until she could no longer endure the beatings. At her request, her in-laws took her and her baby to stay with her parents, she said. Mr. Liu showed up once to try to seize the child, but left after the police arrived, Ms. Wang said. For the next month, she did not hear from him.

The next time, she said, he ordered people to help him snatch the baby. Ms. Wang appealed when a judge granted him full custody, but the judge upheld the arrangement, according to court documents.

Disputes over custody have only recently become a major issue in China. Traditionally, a woman seeking a divorce was expected to forgo custody of her children. But that has changed over the years as women in China have gained more financial stability and independence.

On paper, Chinese law is tilted slightly in favor of women. In cases where the child is 2 or younger, mothers are typically awarded sole custody. But in practice, judges can be swayed by institutional and informal considerations that experts say often give men an advantage. For example, men have access to more financial resources and property, allowing them to make a stronger claim for custody.

“The law itself looks very neutral, but many things behind it are not equal,” said He Xin, professor of law at the University of Hong Kong. “Women often lose out.”

When Cindy Huang began contemplating divorce in 2014, she said, lawyers gave her this advice: Take your child and hide him first.

Ms. Huang refused, believing there was no need to take drastic action to safeguard her right to parent her own child. Not long after she filed for divorce, though, her husband took their son, she said. While the judge was sympathetic, she recalled in an interview, he told Ms. Huang there was little he could do.

“The judge told me very clearly: ‘There is no way for us to take your child back from his father, so we cannot give you custody,’” Ms. Huang, 43, said.

After appealing unsuccessfully in 2016, Ms. Huang has been permitted to see her son at a cafe twice a month in meetings that are closely supervised by her ex-husband. Ms. Huang said she wished she had followed the advice of the lawyers.

“I thought, ‘How could it be possible for the law to award custody to the parent who snatched the child first?’” she said. “I was a fool.”

Not long after Ms. Wang’s ex-partner took their daughter, he cut off all contact. Last year, Ms. Wang persuaded a court to force him to hand over photos of their daughter. They show a toddler with pigtails and piles of colorful toys. But the child’s face is obscured — a strategy, Ms. Wang believes, that was devised by her ex-partner to prevent her from one day recognizing their daughter and snatching her back.

Four years later, she still dreams of reuniting with the baby she once rocked to sleep every night.

“If I’m not saving her in my dreams, then I’m chasing after her,” Ms. Wang said. “But her face appears as a blank — I have no idea what she looks like.” 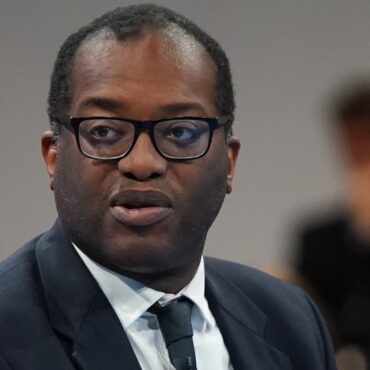 Instant bill increases for millions of customers will be held back by maintaining the energy price cap, the Business Secretary has vowed as he resists a hike to help firms. Kwasi Kwarteng said that keeping the cap in place this winter is “non-negotiable for me” after some firms lobbied for an increase to prevent collapses due to the energy crisis. But he did not set out any additional support for […]