In France, Kamala Harris Searches for Role on Global Stage 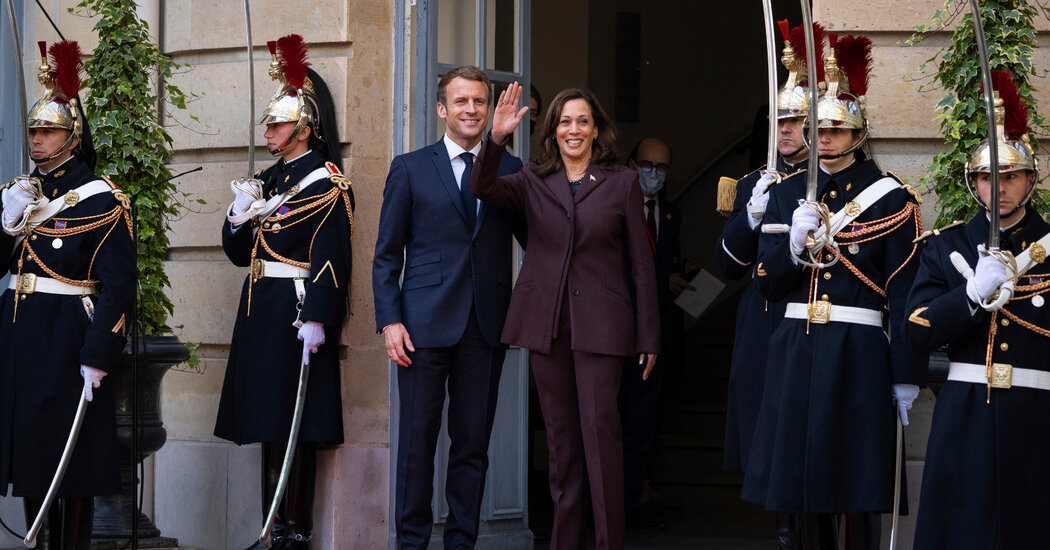 PARIS — Vice President Kamala Harris spent hours talking with Emmanuel Macron, the French president, managing to skirt a recent diplomatic rift between the two allies over an Australian submarine deal. She attended a conference on promoting democratic elections in Libya. And she secured a commitment for the United States to join a nonbinding international declaration to protect civilians against cyberattacks.

During a tightly choreographed trip to France this week, Ms. Harris appeared determined to assert herself as a diplomatic asset for a president who believes he knows more about the process — and the vice presidency — than most.

The trip, coming amid declining approval ratings for President Biden and Ms. Harris within the United States, also provided a chance to cement the global profile of the vice president, who has demonstrated aspirations for higher office.

“I think there is no question that I’m here as a representative for my country,” Ms. Harris said. “And my presence here is reflective of the priorities that the United States has as it relates to France.”

But 10 months into her vice presidency, Ms. Harris’s track record on delivering on the administration’s global priorities has been mixed.

Earlier trips, to Southeast Asia and Central America, served as crucial tests on collaborating with allies and confronting adversaries on the global stage. Experts said they were still trying to process whether Ms. Harris’s five-day trip to France, which ends Saturday, had helped her establish American priorities overseas.

“I think she’s been really hidden this whole time and out of the sight of most Europeans,” said Célia Belin, a visiting fellow in the Center on the United States and Europe at the Brookings Institution. “I think she’s been quite under the radar.”

The main diplomatic achievement Ms. Harris brings home from the trip was the announcement on Wednesday that the United States had joined a French-led global initiative to protect civilians against cyberattacks and protect elections from digital threats. That may have helped soothe France’s anger over a lucrative submarine deal it had with Australia that Canberra abruptly canceled in favor of a new one with the United States and Britain.

Ms. Harris’s meeting with Mr. Macron came at a particularly challenging time, Ms. Belin said, as France — like the United States — confronts a rise in far-right and nationalist rhetoric.

Mr. Macron faces a tough re-election campaign next year and a likely challenge from a far-right firebrand, and in response has moved to the right on issues like immigration and crime.

“The irony of this trip and this meeting,” Ms. Belin said, was that France was “undergoing a particularly nonprogressive moment that extends out as very much an opposition to what she represents.”

But Ms. Harris — who often has lunch with Secretary of State Antony J. Blinken to discuss foreign policy issues — came with none of the blunt messaging she has delivered on other trips abroad. During her first foreign trip as vice president, to Guatemala, she came with tough messages on two challenging issues even as she met the country’s leaders: surging migration and the corruption that plagues the Latin American country.

In public comments, Ms. Harris said the United States would not welcome asylum-seeking migrants from Guatemala who entered the country illegally. She also voiced support for an anti-corruption unit whose integrity had been criticized by Guatemala’s president, Alejandro Giammattei. “We will look to root out corruption wherever it exists,” she said.

“She struck the correct balance between trying to establish productive relationships and being extraordinarily frank,” said Stephen McFarland, a former ambassador to Guatemala during the Obama administration. Still, he added, that message had done little to sway the Guatemalan government.

Just a month after Ms. Harris’s visit, an anti-corruption prosecutor, Juan Francisco Sandoval, who had been investigating Mr. Giammattei, was abruptly fired and fled the country.

Ms. Harris’s next trip, to Singapore and Vietnam, was touted as an effort to bolster economic and public health partnerships.

But it came during the Biden administration’s chaotic withdrawal from Afghanistan, forcing her senior aides to face questions about the historical parallel between that exodus and the U.S. evacuation of American citizens in 1975 from Saigon during the Vietnam War.

William Choong, a senior fellow at the Yusof Ishak Institute, a research organization in Singapore, said Ms. Harris was a “good trooper” for the Biden administration, “delivering a very commendable performance and delivering an emphatic note about American commitment to the southeast region as well as the wider Indo-Pacific.”

During her trip, Ms. Harris also took a tough line with China, accusing Beijing of intimidation in the South China Sea and pledging to challenge its “bullying and excessive maritime claims.” China condemned Ms. Harris’s comments, and stepped up its criticism of the U.S. withdrawal from Afghanistan.

While Ms. Harris’s time in France kept her largely free of controversy and allowed her to establish a greater presence, however controlled, on the world stage than on past trips, she is facing significant headwinds at home.

The Biden administration is facing rising inflation, a domestic agenda whose success is still in question, a global pandemic that has not receded, and a damaging Democratic loss in the Virginia governor’s race that has some in the party questioning whether the White House is taking the right cues from American voters.

There is also the issue of lagging approval ratings for both President Biden and Ms. Harris: a recent USA Today-Suffolk University poll found that 28 percent of voters approved of the job the vice president is doing.

Symone Sanders, Ms. Harris’s press secretary and senior adviser, told reporters en route to Paris that dismal new polling reflected “a snapshot in time,” and that Ms. Harris was focused on other matters, including a social spending deal.

Allies of the administration treaded gingerly when asked how Ms. Harris’s performance abroad could change her own political fortunes.

Former Senator Chris J. Dodd of Connecticut, a member of the Biden campaign’s vice-presidential search committee and a confidant of the president, praised the job she had done, and said the vice president’s political future could include being a part of a longer list of Democratic candidates should the Biden presidency be limited to one term.

“I’m hoping the president runs for re-election,” Mr. Dodd said, “but for whatever reason that might not be the case, it’s hard to believe there would be a short list without Kamala’s name on it. She’s the vice president of the United States.” 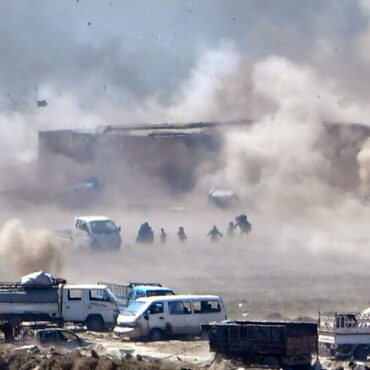 How the U.S. Hid an Airstrike That Killed Dozens of Civilians in Syria

The Times investigation found that the bombing had been called in by a classified American special operations unit, Task Force 9, which was in charge of ground operations in Syria. The task force operated in such secrecy that at times it did not inform even its own military partners of its actions. In the case of the Baghuz bombing, the American Air Force command in Qatar had no idea the […]