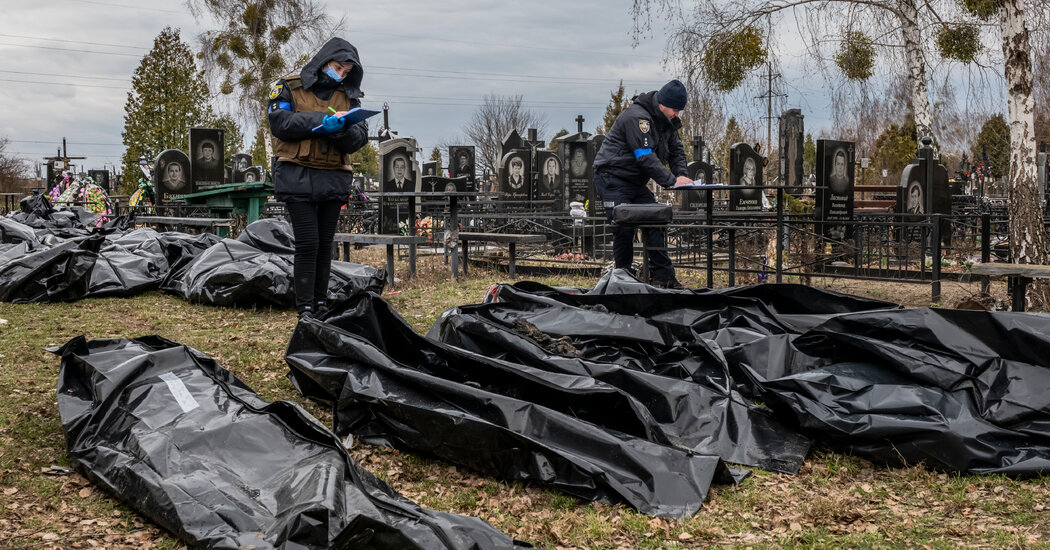 President Volodymyr Zelensky of Ukraine struck a defiant tone in his nightly address on Wednesday, accusing Russian forces of trying to hide evidence of war crimes and asking his allies to find the determination — to borrow it, if need be — to take harsher measures against Moscow.

“Russian troops have changed their tactics and are trying to remove the killed people from the streets and basements of the occupied territory,” Mr. Zelensky said. They would not succeed in hiding evidence, he said, “because they killed a lot. Responsibility cannot be avoided.”

As he has many times in the past few weeks, Mr. Zelensky spoke directly to the Russian people, calling on them to demand an end to the war if they felt “even a little bit of shame” over Russian troops killing civilians in Ukraine.

Mr. Zelensky also welcomed a new raft of sanctions against Russia from the European Union and the United States, but said his government would continue to insist on a full international blockade of the Russian banking system and a total ban on imports of Russian oil.

He excoriated Western allies for continuing to debate how to take such measures without compromising their own economies.

“That’s why people go into politics. To solve such problems, difficult tasks. To solve them quickly and in a principled fashion,” he said. “If you are not capable, then you shouldn’t have started political activity.”

Although European Union talks have thus far suggested that an agreement to expand a ban on Russian coal to include oil and gas would be difficult, Mr. Zelensky expressed his belief that it was inevitable.

“The only question is how many more Ukrainian men and women the Russian military will have time to kill, so that you, some politicians — and we know you — can borrow a little determination somewhere,” he said.

The European Union was expected to continue talks Thursday on the latest round of sanctions, which if approved would be the harshest enforced by the bloc since the invasion. 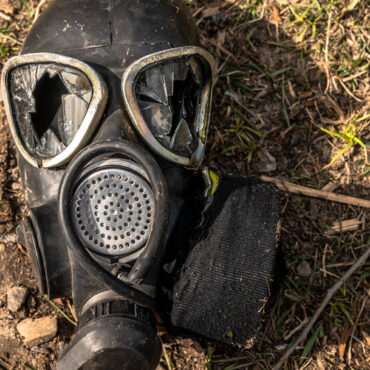 WASHINGTON — As Russian troops retreat from northern Ukraine and focus operations on the country’s east and south, the Kremlin is struggling to scrape together enough combat-ready reinforcements to conduct a new phase of the war, according to American and other Western military and intelligence officials.Moscow initially sent 75 percent of its main ground combat forces into the war in February, Pentagon officials said. But much of that army of […]