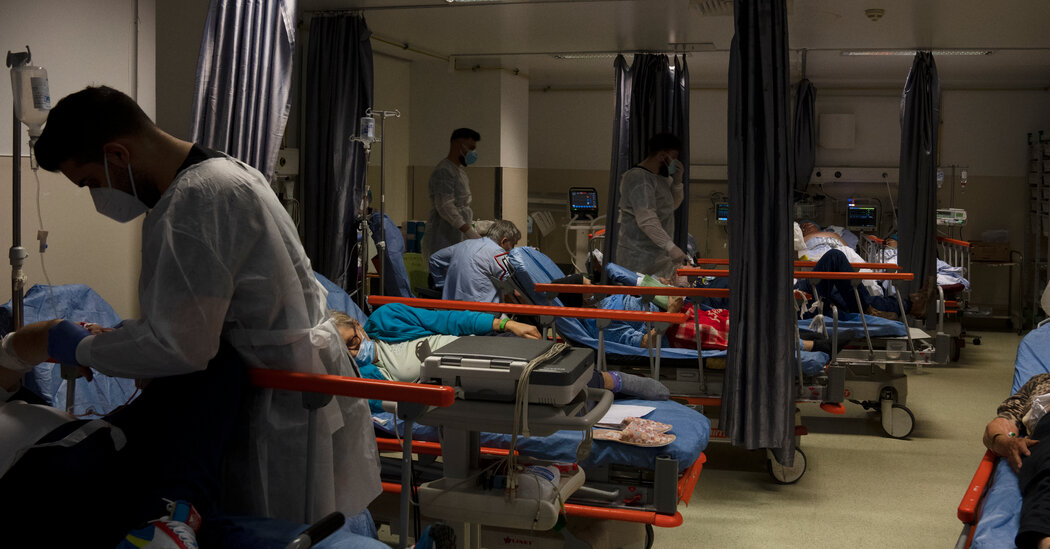 COPACENI, Romania — As a new wave of the coronavirus pandemic crashed over Eastern Europe last month, devastating unvaccinated populations, an Orthodox Church bishop in southern Romania offered solace to his flock: “Don’t be fooled by what you see on TV — don’t be scared of Covid.”

Most important, Bishop Ambrose of Giurgiu told worshipers in this small Romanian town on Oct. 14, “don’t rush to get vaccinated.”

The bishop is now under criminal investigation by the police for spreading dangerous disinformation, but his anti-vaccine clarion call, echoed by prominent politicians, influential voices on the internet and many others, helps explain why Romania has in recent weeks reported the world’s highest per capita death rate from Covid-19.

On Tuesday, nearly 600 Romanians died, the most during the pandemic. The country’s death rate relative to population is almost seven times as high as the United States’, and almost 17 times as high as Germany’s.

“This wave is far worse than the others — it is like a war,” said Dr. Anca Streinu-Cercel, who works at the biggest infectious disease hospital, Bals National Institute, in the Romanian capital, Bucharest. “We go into our wards but don’t know when we will come out.”

What makes the surge particularly difficult, Dr. Streinu-Cercel said, is that it could have been easily avoided. A few who got shots fell seriously ill, she said, but this was because their immune systems had been compromised by treatment for cancer or other illnesses. “The only real reason anyone is here is because they did not get vaccinated,” she said.

Vaccine hesitancy, stoked by powerful forces online and in the real world, has left Romania with Europe’s second-lowest vaccination rate; around 44 percent of adults have had at least one dose, ahead of only Bulgaria, at 29 percent. Overall, the European Union stands at 81 percent, with several countries above 90 percent. Complicating matters, Romania has been without a government since last month, when a centrist coalition unraveled.

Bulgaria, too, has a very high Covid mortality rate, with already overwhelmed hospitals flooded by new patients. This past week, one of the big hospitals in the capital city, Sofia, issued a plea for medical students and volunteers to help.

Latvia, a tiny Baltic nation where vaccine hesitancy is particularly strong within its large ethnic Russian population, last month became the first E.U. member to go into a full lockdown since the early phase of the pandemic in 2020. Russia, where less than half of the adult population has been even partly inoculated, and Ukraine, where the rate is below one-third, have also reimposed sweeping restrictions amid surging cases.

Stubborn vaccine resistance across such a broad array of countries has left many looking for answers in the one thing that unites them: their shared communist past and widespread disenchantment with the disarray and corruption that followed.

“Fake news has a huge influence on our population, and in Eastern Europe in general,” said Valeriu Ghorghita, an army colonel leading Romania’s vaccination effort. “Something we all have in common in this part of Europe is our political history of communism.”

This has made many people suspicious of what officials and doctors tell them to do, especially when the internet is full of vaccine-skeptical self-declared experts advising the opposite.

“Everyone is suddenly an expert and fake news is everywhere, 24 hours a day,” lamented Silvia Nica, the head emergency doctor at Bucharest University Hospital. Short of beds, it erected a big treatment tent in the parking lot and turned the lobby into a Covid ward. “I never thought this virus would stay so long. We are all exhausted.”

As she spoke, a 66-year-old Covid patient, Nicu Paul, gasped for breath on a bed nearby. His wife, Maria, also suffering severe pulmonary problems from Covid, lay in the next bed. Mr. Paul said he had worked for 40 years as an ambulance driver and never gotten sick — “God saved me,” he said — so he decided against vaccination because “there are so many rumors about the vaccine that I did not know what to believe.”

Romania began vaccinating its citizens last December and put the program under the military, the country’s most respected institution, according to opinion polls. The second most trusted institution, however, is the Orthodox church, which has sent mixed signals on vaccines, with Patriarch Daniel in Bucharest telling people to make up their own minds and listen to doctors, while many local clerics and some influential bishops denounced vaccines as the Devil’s work.

Colonel Ghorghita said he had been shocked and mystified by the reach of anti-vaccination sentiment. “They really believe that vaccines are not the proper way to stop Covid,” he said, adding that this was despite the fact that “more than 90 percent of deaths are unvaccinated people.” Old people, the most vulnerable demographic, have been the hardest to convince, he said, with only 25 percent of people over 80 vaccinated.

In central Bucharest, huge signs display photographs of gravely ill patients in hospitals as part of a campaign to jolt people back to reality. “They are suffocating. They beg. They regret,” reads a caption.

Dr. Streinu-Cercel said she was uneasy with trying to reach people by scaring them. “We should be talking about science, not fear,” she said, but “fear is the only thing that got the attention of the general population.”

Distrust of just about everyone and everything is so deep, she said, that some of her patients “are gasping for breath but tell me that Covid does not exist.”

“It is very difficult when so many people are denying all reality,” she added.

At a vaccination center at her hospital, only a trickle of people pass through most days, though vaccines are free and increasingly necessary following new rules requiring vaccination certificates to enter many public buildings.

One of those getting vaccinated was Norica Gheorghe, 82. She said she had held off for months on getting a shot but decided to go ahead this past week after seeing reports that nearly 600 had died in one day. “My hair stood on end when I saw this number, and I decided that I should get vaccinated,” she said.

At the start of the pandemic in 2020, Covid disinformation in Romania mostly followed themes that found traction in many other countries, according to Alina Bargaoanu, a Bucharest communications professor who tracks disinformation, with people spreading wild conspiracy theories under fake names on Facebook and other social media.

But as the pandemic dragged on, she added, this largely fake virtual phenomenon morphed into a political movement driven by real people like Diana Sosoaca, an elected member of Romania’s upper house of Parliament. Ms. Sosoaca led a protest in the north of the country that blocked the opening of a vaccination center, denouncing the pandemic as “the biggest lie of the century,” and organized anti-mask rallies in Bucharest. Videos of her antics have attracted millions of views.

Ms. Bargaoanu, the disinformation researcher, said she suspected a Russian hand in spreading alarm over vaccines, but conceded that many of the most popular anti-vaccination conspiracy theories originate in the United States, making them particularly hard to debunk because “Romania is a very pro-American country.”

Colonel Ghorghita has taken to social media to rebut the more outlandish falsehoods, and also met with Christian, Jewish and Muslim leaders to ask them not to fan the flames of disinformation. “They don’t have a duty to recommend vaccination but they do have a duty not to recommend against it,” he said.

The Orthodox church is particularly important because of its strong influence in rural areas, where vaccination rates are half those in cities like Bucharest, where more than 80 percent of adults have received at least one shot.

In Copaceni, a rural county south of Bucharest, workers at a small clinic offering vaccines said they were appalled by Bishop Ambrose’s anti-vaccine tirades.

“I am fighting to get people vaccinated very day, and then he comes along and tells them not to bother,” said Balota Hajnalka, a doctor running the clinic. 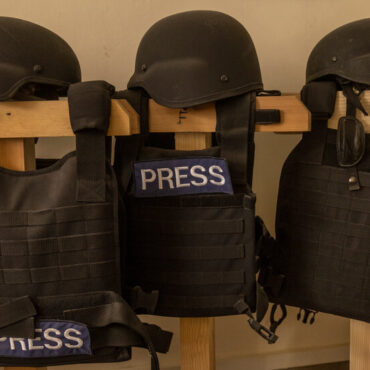 When the Taliban Are in Your Bedroom

Times Insider explains who we are and what we do, and delivers behind-the-scenes insights into how our journalism comes together.KABUL, Afghanistan — When the Taliban are in your bedroom and there’s a photograph of you on the wall holding an American flag, a rifle and dressed like a recruiting commercial for the Marines, you have to keep it together.Then there’s the kitschy mug on your desk that you picked up […]