India Fears a Third Wave of Covid, Driven by Omicron 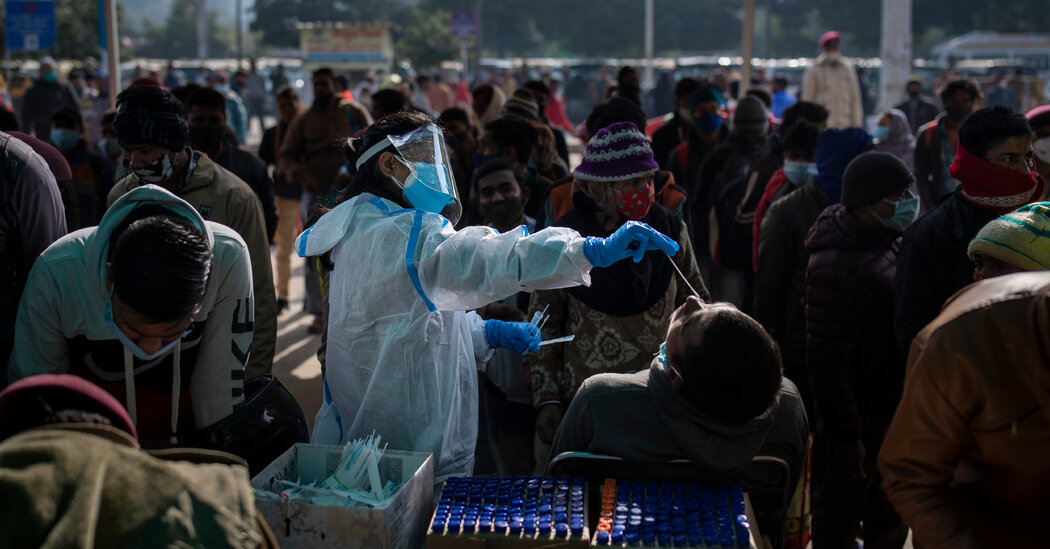 Health experts in India expressed alarm on Thursday as the country recorded a coronavirus surge, probably fueled by the Omicron variant, that has seen new reported cases more than double in the last four days.

According to the country’s health ministry, India registered more than 13,000 new cases on Wednesday, one of the highest daily totals since October.

“We believe that this push is part of the global upsurge related to Omicron,” V.K. Paul, the head of the government’s Covid-19 task force, told a news conference on Thursday evening.

But Mr. Paul added: “There’s no need to panic because as a nation we are prepared, we have experience and we have the massive shield of very high coverage of vaccines.”

At least 61 percent of Indians have received at least one shot of a coronavirus vaccine, and 43 percent have received two, according to the Our World in Data project.

Still, experts worry that a massive surge fueled by a highly transmissible variant in a country of 1.4 billion people could overwhelm the health system. At the height of India’s devastating second wave in May, at least 4,000 Covid-19 patients were dying each day because of crippling shortages of oxygen, hospital beds and medicines.

Dr. Rachna Kucheria, a public health expert and founder of DocGenie, a telemedicine start-up, said in an interview with the broadcaster NDTV that although Omicron showed signs of being less severe than previous variants, there could still be problems if it generated a larger overall number of cases. “When this happens in a pandemic, any country, in most countries, systems will get overwhelmed quickly,” she said.

Even more concerning, experts say, is that the rise in cases again coincides with a state election season. Voting is scheduled to begin next month in five states including Uttar Pradesh, the most populous in the country, and massive crowds attended rallies held by Prime Minister Narendra Modi and opposition parties on Thursday. Early this year, huge election rallies including many unmasked people, and the government’s politicization of virus science, were blamed for helping the virus spread during the second wave.

On Thursday, some state governments confronted the possibility of a third wave, reopening Covid-19 “war rooms” and considering tighter restrictions to curb the spread.

The police in Mumbai, the country’s financial nerve center, banned gatherings of four or more people until Jan. 7 after new infections there nearly tripled in recent days.

In New Delhi, people lined up outside metro stations as trains and buses were ordered to begin operating at 50 percent occupancy. Schools, gyms and spas have been closed, shops have been told to open on alternating days and crowds at weddings have been capped at 20 people.

Satyendar Jain, Delhi’s health minister, said on Thursday that genome sequencing suggests that nearly half of the city’s new infections were of Omicron, adding that the variant was spreading fast and infecting people regardless of their travel history. 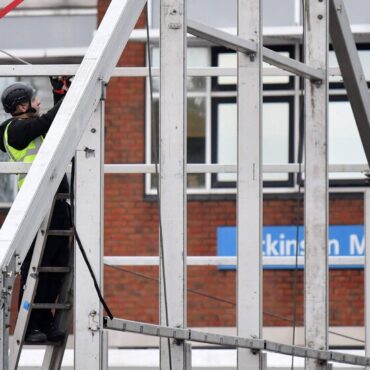 Britain’s National Health Service “is now on a war footing,” one of its top medical officials warned on Thursday, saying its hospitals would erect field wards to help absorb the impact of a record surge in coronavirus cases that has already produced a rise in hospitalizations nationally.Cases in Britain reached new highs this week, driven by the highly transmissible Omicron variant, with more than 183,000 reported across the country on […]