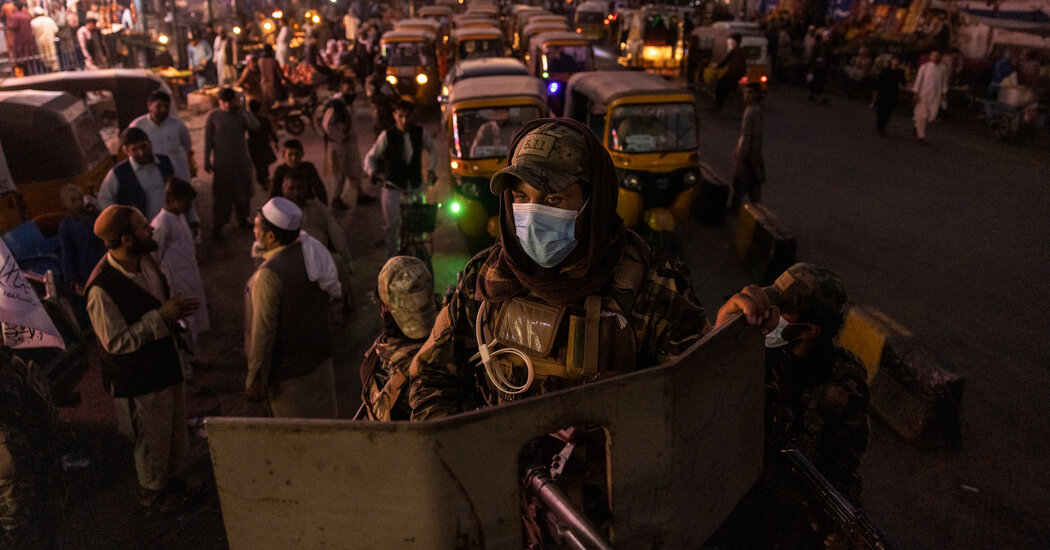 JALALABAD, Afghanistan — Aref Mohammad’s war against the Islamic State ended earlier this fall when his unit of Taliban fighters was ambushed by the terrorist group in eastern Afghanistan. A bullet shattered his femur, leaving him disabled and barely able to walk, never mind fight.

But for the Taliban movement he served under, now the government of Afghanistan, the war against the Islamic State was just beginning.

“If we knew where they were from, we would pursue them and destroy them,” Mr. Mohammed, 19, said from his hospital bed in Jalalabad, the capital of Afghanistan’s eastern Nangarhar Province where the Islamic State has maintained a presence since 2015.

In the two months since the Taliban took control of the country, the Islamic State affiliate in Afghanistan — known as Islamic State Khorasan or ISIS-K — has stepped up attacks across the country, straining the new and untested government and raising alarm bells in the West about the potential resurgence of a group that could eventually pose an international threat.

The attacks have been aimed mostly at Taliban units like Mr. Mohammad’s, and at Afghanistan’s Shiite minorities. Suicide bombings in Kabul, the capital, and in important cities including Kunduz in the north and Kandahar in the Taliban’s southern heartland have killed at least 90 people and wounding hundreds of others in the span of just several weeks. And on Tuesday, Islamic State fighters carried out a coordinated attack with gunmen and at least one suicide bomber on an important military hospital in the capital, killing at least 25 people.

This has placed the Taliban in a precarious position: After spending 20 years fighting as an insurgency, the group finds itself wrestling with providing security and delivering on its hallmark commitment of law and order. This has proved especially challenging for the Taliban as they try to defend themselves and civilians in crowded cities against almost daily attacks with an army that was trained for rural guerrilla warfare.

The surge in attacks has fueled growing unease among Western officials, with some predicting that the Islamic State — often considered a regional threat — could gain the capability to strike international targets in a matter of six to 12 months.

Colin Kahl, U.S. under secretary of defense for policy, told lawmakers last week that the Taliban’s ability to pursue the group “is to be determined.”

Mr. Kahl’s sentiments underline the core concern of Western intelligence communities: There is little way to measure the Taliban’s effectiveness against ISIS-K. There is no longer reliable access to intelligence as limited drone flights provide piecemeal information given the distance they have to fly just to get to Afghanistan, according to U.S. officials, and the established network of informants has collapsed.

The Taliban, who have refused to cooperate with the United States in countering the Islamic State, instead are fighting the war on their own terms, with tactics and strategies that look far more localized than a government campaign against a terrorist organization.

“The Taliban became accustomed to fighting as insurgents, relying on a range of asymmetric attacks to target Afghan and U.S. forces,” said Colin P. Clarke, a counterterrorism analyst at the Soufan Group, a security consulting firm based in New York. “But it seems clear that the Taliban has not given much thought at all to how the equation changes as a counter insurgent, which is effectively the role they are playing now against the Islamic State.”

But where the Taliban have changed their strategy to fight against the Islamic State — once working together with the Americans and the former government to contain the terrorist group in the east — is on the diplomatic stage.

As the Taliban seek international recognition, the group has used the resurgence of the terrorist group as a bargaining chip for more financial aid, according to Qatari officials, reminding other countries that a powerful Islamic State poses a threat to them as well.

Recognizing the potential threat along its shared border with Afghanistan, Pakistan is feeding some intelligence to the Taliban about the Islamic State, according to U.S. officials.

Dr. Basir, the head of the Taliban’s intelligence arm in Jalalabad who only goes by one name, is one of the group’s leaders adapting to fighting a war he was once on the other side of as a Taliban insurgent. He is now responsible for defending and securing a city of several hundred thousand people.

In the last several years, Jalalabad has been an easy target for the Islamic State, which has dispatched cells of fighters into the city from surrounding districts, carrying out assassinations and bombings at will.

But the group has taken advantage of the weeks during which the new government was coming together and has drastically widened its reach.

Between Sept. 18 and Oct. 28, the Islamic State has carried out at least 54 attacks in Afghanistan — including suicide bombings, assassinations and ambushes on security checkpoints, according to an analysis by ExTrac, a private firm that monitors militant violence in conflict zones. It amounts to one of the most active and deadly periods for the Islamic State in Afghanistan.

Most of those attacks have targeted Taliban security forces — a marked shift from the first seven months of the year, when the Islamic State primarily targeted civilians, including activists and journalists.

In countering the Islamic State, Dr. Basir said his men had adopted methods similar to the previous government, even relying on equipment used by the former intelligence service to intercept communications and radio traffic — tools gifted by the West over the last two decades in an effort to surveil the Taliban.

But he insisted that the Taliban have what the last government and Americans did not: the broad support of the local population, which has been a boon for the type of human intelligence capable of alerting authorities of attacks and fighter locations that had always been difficult to obtain in the past.

That level of trust and cooperation could wane, security analysts say, as there is increasing fear that the Taliban could use the ISIS-K threat as an excuse to carry out with impunity state-sponsored violence on certain segments of the population, such as members of the former government.

“There’s also a bit of a hubris and overconfidence because they think ISKP has such limited appeal in country — that, according to the Taliban, it is so beyond the pale that it will never have that widespread appeal so they think they can afford to ignore the threat,” said Ibraheem Bahiss, an International Crisis Group consultant and an independent research analyst.

In 2015, the Islamic State in Khorasan was officially established in Afghanistan’s east by former members of the Pakistani Taliban. The group’s ideology took hold partly because many villages there are inhabited by Salafi Muslims, the same branch of Sunni Islam as the Islamic State. A minority among the Taliban, who mostly follow the Hanafi school, Salafi fighters were eager to join the new terrorist group.

The draw of young fighters to the Islamic State is especially pronounced in Jalalabad, where Salafi mosques have sprung up in growing numbers in recent years, providing ample recruiting grounds for the terrorist group.

The Taliban have made a show of openness to the Salafists, accepting a pledge of allegiance from some Salafi clerics earlier this month. But there is still widespread unease within their community, especially in Jalalabad.

At one Salafi religious school in the city, the Taliban cracked down on the ideology by forcing the school’s founder to flee. They have allowed boys to continue their Quranic studies but have banned Salafist works from the curriculum.

For Faraidoon Momand, a former member of the Afghan government and a local power broker in Jalalabad, the worsening economic situation in the country is also driving the Islamic State’s recruitment.

“In every society if the economy is bad, people will do what they have to do to get by,” Mr. Momand said.

As dusk fell over Jalalabad on a recent day in October, a unit of Taliban fighters belonging to the intelligence agency rode through the streets in a modified Toyota pickup, a machine gun mounted in its bed, as the streets filled with commuters and evening shoppers.

The Talibs pulled up at key intersections and checkpoints, jumping out and assisting with the screening of cars and the ubiquitous yellow three-wheeled rickshaws that jostle and honk as they throng streets. They poked their heads in, shining flashlights inside, questioning passengers, and waved them on.

“We have a court for every criminal,” said Abdullah Ghorzang, a Taliban commander. “But there is no court for ISIS-K. They will be killed wherever they are arrested.” 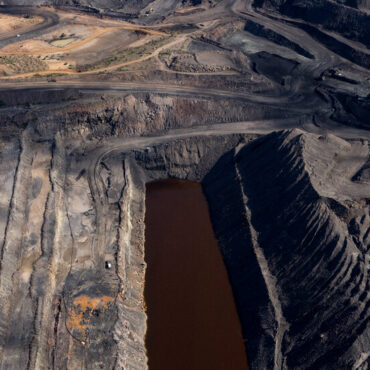 What Did Scott Morrison, Australia’s Leader, Accomplish at COP26?

Australia, a major producer of fossil fuels that has long been criticized for dragging its feet on climate change, has done little this week to change that perception.At the Glasgow climate summit, Prime Minister Scott Morrison did not join an international effort to curb global emissions of methane 30 percent by 2030, a commitment shared by more than 100 nations including the United States. Australia also declined to strengthen its […]

The Metropolitan Police say they have a 'very experienced team' ready to deal with anyone who tries to cause disruption The country’s biggest police force has said it is “fully prepared” for Just Stop Oil protesters to try to cause disruption ahead of Christmas. In the last couple of months, […]