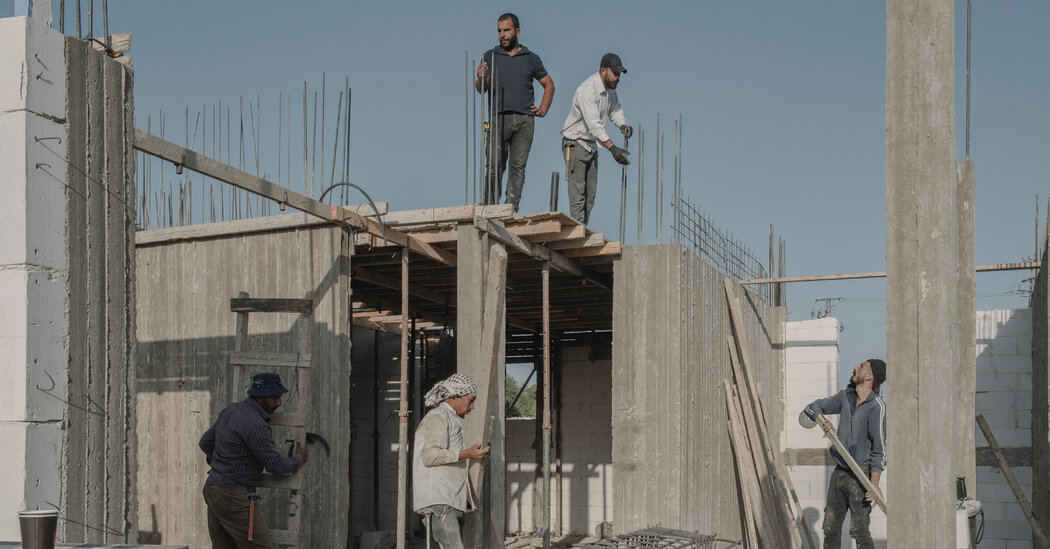 JERUSALEM — The Israeli government advanced plans on Wednesday to build more than 3,000 new settlement units in the occupied West Bank, in the first move of its kind since Prime Minister Naftali Bennett succeeded Benjamin Netanyahu in June.

A defense ministry planning committee approved the construction of 3,130 new homes that would be spread across 25 existing settlements, most of them deep inside the West Bank, the territory that Palestinians hope will form part of a future Palestinian state. The decision is considered the most important stage of the planning process, but some administrative steps, including the selection of construction companies, would still need to be taken before building begins.

The construction would further consolidate the Israeli presence in the West Bank and the barriers to the creation of a geographically contiguous Palestinian state. The announcement has already raised tensions between the Bennett government and the Biden administration, which opposes activity that makes it harder to resolve the Israeli-Palestinian conflict by establishing a Palestinian state in the West Bank and the Gaza Strip.

The move has also heightened disagreements within the Israeli government, a diverse coalition of ideologically opposed parties who put aside their differences to remove Mr. Netanyahu from office, promising to prolong their fragile alliance by avoiding unilateral decisions in relation to the Israeli-Palestinian conflict.

The coalition is an unwieldy alliance of left-wingers, centrists and Arab Islamists who support the two-state solution; right-wingers like Mr. Bennett, a former settler leader who opposes Palestinian sovereignty; and center-right politicians like Benny Gantz, who has previously expressed qualified support for a truncated Palestinian state, but who, as defense minister, oversaw Wednesday’s decision to expand settlements.

Israel captured the West Bank and East Jerusalem from Jordan during the Arab-Israeli war in 1967. It has since permitted the construction of more than 130 Jewish settlements there, a process that most of the international community considers a breach of international law, which prohibits an occupying power from moving its people into occupied territory.

Critics say Israel has effectively stolen land for settlements from Palestinians whose families had long held it but could not prove ownership to Israel’s satisfaction. The Israeli government says much of the land was never privately owned, while religious settlers believe the land is the ancestral birthright of the Jewish people.

Mahmoud Abbas, the president of the Palestinian Authority, criticized the announcement on Wednesday, calling on international leaders in a statement “to confront these Israeli decisions and practices that seek to steal Palestinian land and push matters toward a state of instability and tension, which will negatively affect everyone.”

Anticipating the announcement on Tuesday, Ned Price, the spokesman for the State Department, said: “We strongly oppose the expansion of settlements, which is completely inconsistent with efforts to lower tensions and to ensure calm, and it damages the prospects for a two-state solution.”

The United States is a key sponsor of Israel, which has received more American aid than any other country, and has avoided strong public criticism of the Bennett government, partly to avoid contributing to its instability.

But a growing number of disagreements have recently tested the relationship between the two governments. Following Israel’s designation last week of six Palestinian rights groups as terrorist organizations, Mr. Price said the U.S. had not been warned about the move, would ask Israel to explain its reasoning, and in general supports a strong civil society.

A clash is also brewing over the Biden administration’s plan to reopen the U.S. consulate to the Palestinians in Jerusalem, which was shut down under President Donald J. Trump. Mr. Bennett is resisting the move because he believes it would suggest symbolic support for the Palestinians’ dream of establishing a capital in the eastern portion of the city.

On Sunday the defense ministry may also approve the construction of more than 1,000 new Palestinian homes in the West Bank.

But to the government’s critics, it has undermined these gestures by doing little to curb a sharp rise in settler violence against Palestinians; allowing Jewish prayer to continue at the Aqsa mosque compound in Jerusalem; and expanding the settlements and outlawing the rights groups.

In a separate move this week, the right-wing housing minister, Ze’ev Elkin, also angered his leftist colleagues in the coalition by issuing construction tenders for more than 1,000 other settlement homes that had already been approved by the defense ministry.

These developments have collectively strained the government’s cohesion ahead of a crucial vote on a new national budget in November, which the government needs to pass in order to avoid sending the country to a fifth general election in less than three years.

Mossi Raz, a lawmaker for Meretz, a left-wing party in the coalition, said in a radio interview on Wednesday evening that settlement expansion was “a slap in the faces of the hundreds of thousands of wonderful people who protested every week to bring down Netanyahu’s government and bring about a change.”

In response, Mr. Elkin told broadcasters: “I am not deciding whether or not they meet with Abu Mazen,” a nickname for Mr. Abbas, the head of the Palestinian Authority, “so they shouldn’t decide for me whether there is a settlement freeze.” 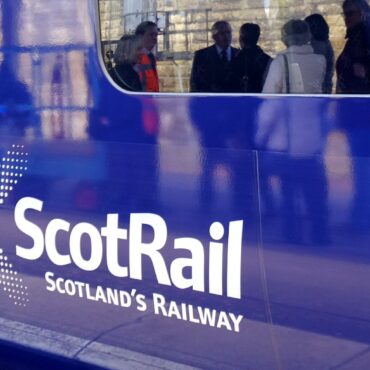 The news has been confirmed by the RMT Union Rail strikes during Cop26 have been called off as a dispute over pay has been settled, the RMT has confirmed. The announcement was made on Wednesday evening following talks between the trade union and transport bosses. The union confirmed the planned industrial action would be “withdrawn immediately” as members welcome a recent agreement on a pay rise. The Scottish Government and […]