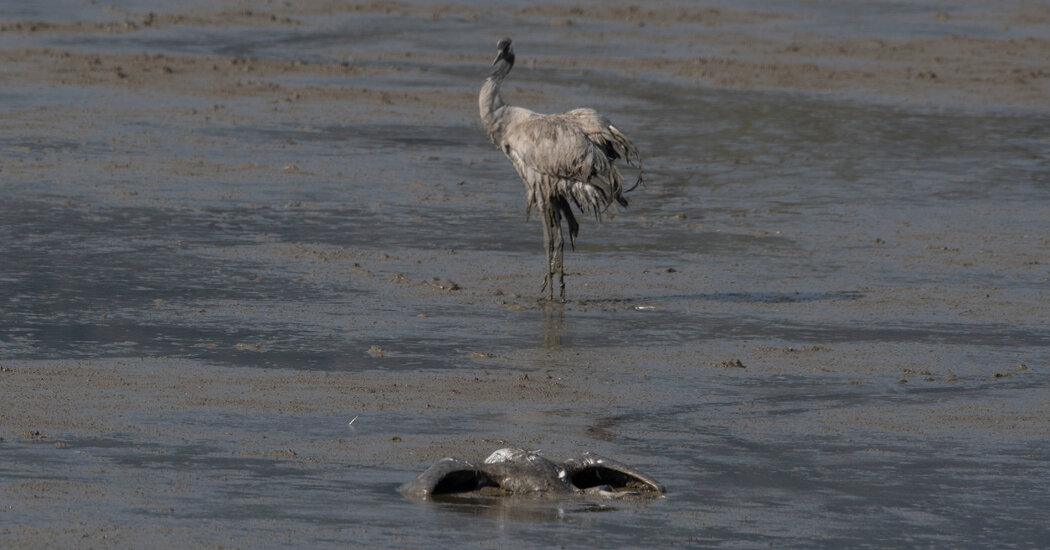 JERUSALEM — Israel is acting to contain a severe outbreak of avian flu that has already led to mass culling of infected poultry and has caused the deaths of about 5,000 migratory cranes in a popular nature reserve in the north of the country.

The minister of environmental protection, Tamar Zandberg, described the outbreak, identified as the H5N1 type, as “one of the worst blows to wildlife in Israel’s history” after a visit to the Hula Nature Reserve this week. Hula is a wetland that is a central stop on the winter migration route to Africa.

The reserve, usually bustling with bird watchers at this time of year, is temporarily closed to visitors and the Ministry of Environmental Protection said on Wednesday that Ms. Zandberg was working to suspend the rest of the hunting season in the country, which normally runs until the end of January.

The fear, the ministry said, was that gunshots from bird hunters could cause the wild birds to fly off to other locations, spreading the disease, which it said could also be spread by contaminated car tires on hunters’ vehicles or on the soles of their shoes, or by the dogs retrieving their prey.

Officials have also warned of the danger of the transmission of avian flu from animals to humans, which could be deadly. No such cases have been recorded in Israel.

The first signs of the outbreak came about two months ago, according to the Ministry of Environmental Protection, with infections cropping up in chicken and turkey farms in different areas of the country.

Israel’s minister of agriculture and rural development, Oded Forer, said about 600,000 chickens had been culled. He said that would mean a shortfall of 15 million eggs per month over the next few months and that the department was working to import millions of eggs.

In an interview with Kan Radio, Israel’s public broadcaster, on Tuesday, Mr. Forer blamed the outdated, overcrowded chicken coops that he said were common in Israel for the severity of the outbreak of the virus.

The egg industry had been “neglected for years,” he said, adding that most of the coops in Israel were like those from the 1950s or 60s, and that there was a need to move to more modern coops without cages.

More than 100,000 cranes can gather in the Hula Valley during the migration season, which begins in October, according to the reserve, and in recent years many have sojourned there until the spring, when they move back north. The reserve said about 40,000 cranes were documented in the valley early this month.

By mid-December the number of dead cranes began to mount up and avian flu was identified as the cause. Most of the dead birds have been found in the water.

The avian flu outbreak comes as Israel braces for what its prime minister, Naftali Bennett, has called “a storm of infection” from the highly contagious Omicron variant of the coronavirus. 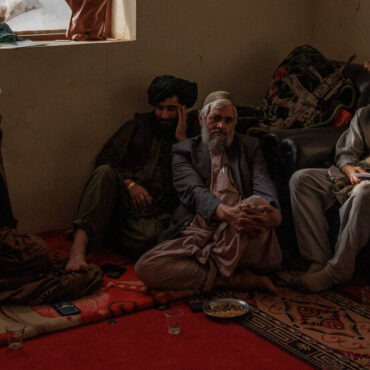 11 Years After Trying to Kill Each Other, a Marine and a Talib Meet Again

MARJA, Afghanistan — The tea was hot. The room, oppressive and dusty. And the Taliban commander I sat across from in a bullet-scarred building in southern Afghanistan had tried to kill me a little over a decade ago.As I had tried to kill him.We both remember that morning well: Feb. 13, 2010, Marja district, Helmand Province. We were about the same age: 22. It was very cold.Mullah Abdul Rahim Gulab […]