Israel’s Spy Agency Snubbed the U.S. Can Trust Be Restored? 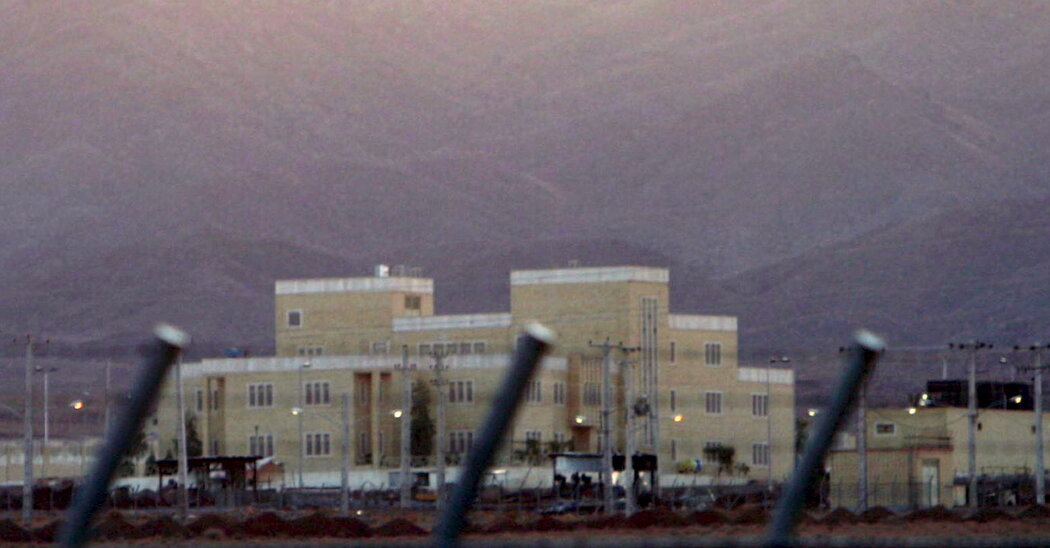 WASHINGTON — The cable sent this year by the outgoing C.I.A. officer in charge of building spy networks in Iran reverberated throughout the intelligence agency’s Langley headquarters, officials say: America’s network of informers had largely been lost to Tehran’s brutally efficient counterintelligence operations, which has stymied efforts to rebuild it.

Israel has helped fill the breach, officials say, its robust operations in Iran providing the United States with streams of reliable intelligence on Iran’s nuclear activities, missile programs and on its support for militias around the region.

The two countries’ intelligence services have a long history of cooperation and operated in virtual lock step during the Trump administration, which approved or was party to many Israeli operations in its shadow war against Iran.

That changed after the election of President Biden, who promised to restore the nuclear agreement with Iran that Israel so vigorously opposed. In the spring, Benjamin Netanyahu, then Israel’s prime minister, even curtailed intelligence sharing with the United States because he did not trust the Biden administration.

The challenge for the two countries — as Israel’s new prime minister, Naftali Bennett, meets with Mr. Biden at the White House on Thursday — will be whether they can rebuild that trust even as they pursue contradictory agendas on Iran. The Biden administration favors a diplomatic approach, reviving and building on the 2015 nuclear agreement, while Israeli officials say that only force can stop Iran from building an atomic bomb.

A key goal for Mr. Bennett will be to determine whether the Biden administration will continue to support Israel’s covert operations against Iran’s nuclear program, senior Israeli officials said.

The White House meeting comes just weeks after William J. Burns, the C.I.A. director, traveled to Israel to meet his counterpart, David Barnea, as well as Mr. Bennett, a sign of the importance of intelligence cooperation to the bilateral relationship.

“The sharing of intelligence and operational activity between Israel and the United States is one of the most important subjects on the agenda for the meeting,” said Maj. Gen. Aharon Zeevi Farkash, a former director of Israeli military intelligence. “Israel has developed unique capabilities for intelligence collection in a number of enemy countries, capabilities that the United States was not able to grow on its own and without which its national security would be vulnerable. ”

In his meeting with Mr. Biden, Mr. Bennett’s hand will be strengthened by the fact that the United States has become more dependent on Israel for information on Iran. The United States has other sources of information, including electronic eavesdropping by the National Security Agency, but it lacks the in-country spy network Israel has.

The risk of such dependence became clear in April when Israel set off explosives at Iran’s Natanz nuclear plant.

Mr. Netanyahu had ordered his national security officials to reduce the information that they conveyed to the United States about planned operations in Iran, American and Israeli officials said.

And on the day of the attack, Israel’s foreign intelligence agency, the Mossad, gave the United States less than two hours’ notice, according to American and Israeli officials, far too short a time for the United States to assess the operation or ask Israel to call it off.

Israeli and American officials interviewed for this article spoke on the condition of anonymity to discuss classified operations.

Israeli officials said they took the precautions because Americans had leaked information about some Israeli operations, a charge U.S. officials deny. Other Israeli officials say the Biden administration had been inattentive to their security concerns, too focused on reviving the Iran nuclear agreement that President Donald J. Trump had pulled out of.

In Washington, many American officials said they believed that Mr. Netanyahu was just resuming the grudge he had held against the Obama administration, which negotiated the nuclear deal with Iran.

The last-minute notification of the Natanz operation was the starkest example that Israel had changed its procedures since the Trump presidency.

Senior Biden administration officials said that the Israelis, at least in spirit, had violated a longstanding, unwritten agreement to at least advise the United States of covert operations, giving Washington a chance to object.

Mr. Burns called his counterpart, Yossi Cohen, the Mossad chief, expressing concern over the snub, according to people briefed on the call.

Mr. Cohen said that the belated notification was the result of operational constraints and uncertainty about when the Natanz operation would take place.

For the American-Israeli intelligence relationship, it was another a sharp turnabout.

Relations had soured during the Obama era.

The Obama White House, concerned that Israel was leaking information, kept the existence of the negotiations with Iran secret from Israel, a former Obama administration official said. Israeli intelligence learned of the meetings from its own sources.

Mr. Netanyahu was also convinced that American spy agencies were keeping him under surveillance, according to a former Israeli official.

When the Mossad stole Iran’s nuclear archive in 2018, the only foreign officials briefed in advance were Mr. Trump and his C.I.A. director, Mike Pompeo.

Israeli officials used the documents to convince Mr. Trump that Iran had an active nuclear weapons program, and Mr. Trump cited them when he withdrew from the nuclear agreement months later, a major victory for Mr. Netanyahu.

“This was clever use of intelligence,” Mr. Netanyahu told The New York Times in 2019.

Iran has denied that it seeks a nuclear weapon, but the archives showed that Iran had a nuclear weapons program as recently as 2003. According to American intelligence officials, no evidence has emerged that the program continued.

Israel began a wave of covert operations, keeping the Trump administration in the loop on a series of cyber and bombing attacks on Iranian nuclear facilities and on the assassination of Iran’s chief nuclear scientist, Mohsen Fakhrizadeh, in November 2020, after the American election but before Mr. Biden took office.

The two countries also cooperated on two operations in 2020: a U.S. operation to kill the leader of Iran’s paramilitary Quds Force, Maj. Gen. Qassim Suleimani, and an Israeli operation to kill a Qaeda leader who had taken refuge in Tehran.

Mr. Pompeo, who later served as secretary of state, said that there was no relationship more important during his four years in the Trump administration than the one that the C.I.A. had with the Mossad.

“The two organizations really had a moment, an important moment in history,” he said in an interview in June.

But the warmth of the Trump years quickly gave way to chillier relations this year. The Biden administration’s announcement of its plan to return to the Iran nuclear deal and repeated delays of visits by Israeli intelligence officials to Washington deepened skepticism of the new administration in Israel.

Mr. Cohen sought to repair the relationship with the United States during his final months as Mossad chief, a senior Israeli official said.

On his final visit to Washington in April, a little more than two weeks after the Natanz bombing, he met with C.I.A. officials and Mr. Biden, promising a more transparent intelligence relationship. Mr. Burns gave him a warm reception, and an award for fostering the close partnership between the Mossad and the C.I.A.

“You have people within both intelligence organizations that have had relationships for a very long time,” said Will Hurd, a former C.I.A. officer and former member of the House Intelligence Committee. “There is a closeness and an ability to potentially smooth out some of the problems that may manifest from the leaders.”

Arguably as important in rebooting the relations between the two spy shops was the departure of Mr. Netanyahu from the prime minister’s office.

Mr. Bennett says he wants to open a new chapter in relations with the White House, and has promised a more constructive approach.

But the Mossad is already planning more secret operations in Iran. The question for the Biden administration is which are acceptable and when, General Zeevi Farkash said.

“The U.S. and Israel must jointly identify the red lines so that if Iran crosses them, Israel can act to prevent it from achieving military nuclear capacity,” he said.

More than 90 of female doctors have experienced sexism at work

That's according to a new survey by the British Medical Association More than 90% of female doctors have reported experiencing sexism at work, but just a quarter of those who either went through it or witnessed it have raised the issue, a survey has suggested. The British Medical Association said the statistics are “appalling” while their report into the problem makes for “shocking” reading. Their survey of more than 2,000 […]