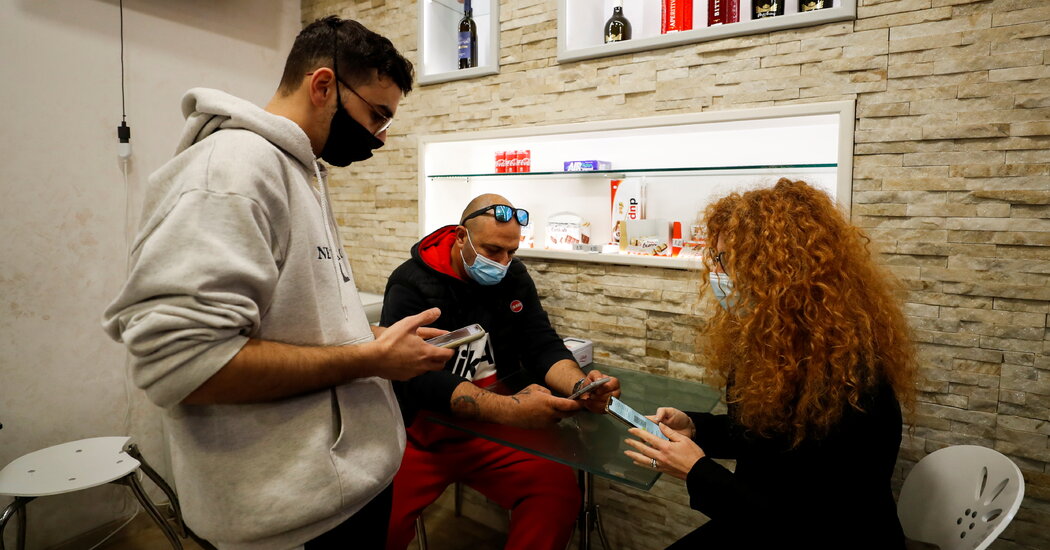 ROME — Trying to stem a resurgence in coronavirus infections and prevent closures affecting everyone, Italy announced new restrictions for the unvaccinated on Wednesday, barring them from dining indoors in restaurants and bars; attending shows, sport events and public ceremonies; and entering nightclubs.

“We want to be very cautious,” Prime Minister Mario Draghi of Italy said at a news conference on Wednesday. “We want to keep this normality.”

The decision came after presidents of the most infected Italian regions pressured the government to crack down on the unvaccinated, worried that new lockdowns and restrictions would hamper the economic recovery in a country that imposed Europe’s first lockdown and experienced some of the pandemic’s most devastating consequences.

“I don’t think that anyone prefers a lockdown to different measures for citizens who protected themselves with a vaccine and citizens who chose not to do it,” Giovanni Toti, the president of the northern region of Liguria, said last week. “We have to assure families, citizens and businesses that this country will not close again.”

Starting in the summer, Italy embraced the broad use of a health pass — called the Green Pass — as its primary strategy to fight the virus. People who want access to indoor dining, museums, gyms, theaters and high-speed trains are required to show proof of vaccination, a negative rapid swab test or recent recovery from the virus.

In October, Italy became the first major European country to require the Green Pass for all workers, private and public, to earn their salary.

Italy’s health authorities say the measure has largely pushed Italians to get vaccinated and reduced the severity of the fourth wave as compared with other European countries. But about 13 percent of the country’s adults have still not received a shot.

Under the new restrictions announced Wednesday, the unvaccinated will be barred from a wide range of social activities starting on Dec. 6, and lasting until Jan. 15. But if they have a negative swab test, they will be allowed to go to work.

If further spikes in Italian regions require tougher restrictions, those will apply only to the unvaccinated.

The government extended a vaccination mandate that was already in place for health care workers to schoolteachers and school staff, and to law-enforcement officers. The booster shot will also become compulsory for these categories.

The Green Pass will now also be required to use public buses and regional trains, and to stay in hotels.

Thousands of people gathered at the Circus Maximus in Rome and in Milan last weekend to protest the Green Pass, decrying a “dictatorship.”

But with hospital beds and intensive care units filling up with unvaccinated patients, Italy joined a group of countries that are toughening their approach toward citizens who shun the shot.

Italy’s announcement followed a groundbreaking decision by Austria to impose a lockdown for the unvaccinated, restricting their movement to traveling for work, school, buying groceries and medical care. Last week, Prime Minister Kyriakos Mitsotakis of Greece also announced more restrictions for the country’s unvaccinated, barring them from cinemas, theaters and gyms.

A spokesman for the French government said on Wednesday that the country would tighten its health pass, speed up its vaccination campaign and strengthen social distancing rules. 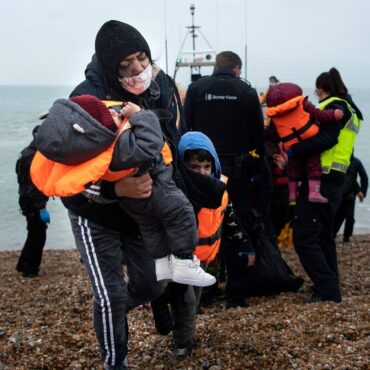 ‘Many Deaths’ Feared After Migrant Boat Capsizes in English Channel

PARIS — A boat carrying migrants trying to reach Britain capsized on Wednesday in the English Channel off the coast of France, causing “many deaths,” according to the French authorities. Gérald Darmanin, France’s interior minister, said on Twitter that he was heading to the scene, off the coast of Calais. He also criticized the “criminal character of the smugglers who organize these crossings.” “The shipwreck that occurred in the Channel […]