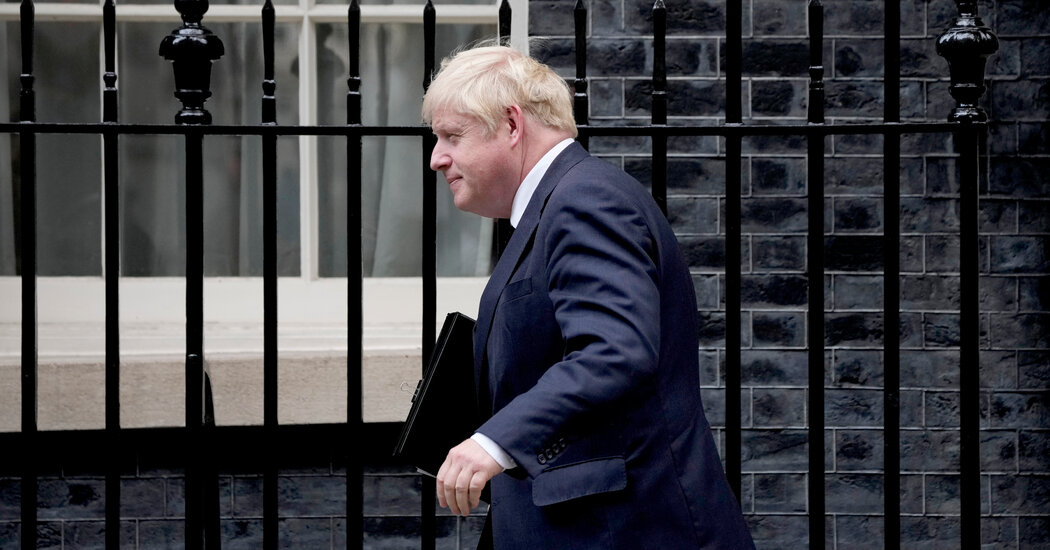 LONDON — Prime Minister Boris Johnson once famously said he believed in having his cake and eating it, and during a career of dizzying highs and lows he often got what he wanted while avoided difficult choices.

But the days when he could have it both ways appear to be running out.

Mr. Johnson now needs to choose between two emphatic but contradictory pledges: to put more resources into social care, but also to avoid raising taxes. And as Parliament returned from its summer break on Monday, that has put him on a collision course with lawmakers and some of his own cabinet members.

On Tuesday Mr. Johnson is widely expected to break his vow not to increase taxes when he announces a plan to bolster the nation’s social care services, a longtime goal of his that he announced outside Downing Street soon after becoming prime minister in 2019. Even before the announcement, the blistering dissent from members of his own Conservative Party has underscored the problems that lie ahead for a government that has ramped up borrowing during the pandemic yet faces huge pressure to spend and deliver on its domestic policy pledges.

“So, Boris Johnson was elected on quite a lot of promises. That was always going to take some money and in the context of the pandemic there is less money around,” Mr. Bale said.

The tension mirrors current domestic politics in the U.S., where the Biden administration is pushing a $3.5 trillion spending plan that would transform the social safety net and proposing to fund it with tax increases that have already drawn fierce opposition from businesses and Republican lawmakers.

Amid growing strains, rumors have surfaced of an imminent cabinet reshuffle, and last month Mr. Johnson was even reported to have suggested demoting his chancellor of the Exchequer, Rishi Sunak, a fiscal hawk who has emerged as a leading rival to the prime minister. On Monday, however, Downing Street said there was no plan for any shake-up.

But the discord marks a new phase for the government as it seeks to move away from pandemic crisis management and back toward a difficult domestic agenda including its pledge to distribute wealth to more deprived parts of the country.

At the same time Britain’s creaking National Health Service, which was already strained before the pandemic, now has a massive backlog of routine treatment and operations that had to be postponed. On Monday the government announced a cash injection of £5.4 billion, or $7.4 billion, to help deal with that issue.

Mr. Johnson is eager to address the social care system — which is primarily for the old, disabled and others unable to care for themselves — and cement it as part of his legacy. But his move to get a grip on the funding, at this moment in British politics, is a gamble.

With a big majority in Parliament, the country out of lockdown and a respectable lead in the midterm opinion polls, Mr. Johnson might have opted for a period of political consolidation after another traumatic year. Instead he is tackling a notoriously treacherous problem that guarantees a battle in Parliament.

His proposals are likely to cap the amount any British citizen pays for social care over their lifetime. That would prevent many from having to sell their homes to pay for care, but would also mean investing more public money, mainly through raising taxes.

In 2017, Mr. Johnson’s predecessor, Theresa May, lost her majority in Parliament after a disastrous election campaign in which the opposition Labour Party highlighted her pledge to reform social care, describing her plan as a “dementia tax.”

That phrase was used by Labour to suggest that someone needing care because they suffered from Alzheimer’s would be less able to pass on their home to their children than someone with a condition such as cancer. In Britain a cancer sufferer would receive free medical care under the National Health Service.

For Mr. Johnson, whose government was on the defensive over the chaotic British military departure from Afghanistan, the focus on the domestic agenda is a chance to show voters who supported the Conservatives for the first time in 2019 that he is addressing the issues that concern them. Health care proved a crucial issue in the 2016 Brexit referendum when pro-Brexit campaigners, including Mr. Johnson, suggested that quitting the European Union would allow £350 million, or $484 million, a week to go to the health service, a claim described as misleading by the head of the national statistics authority.

Critics dispute the fairness of the plan Mr. Johnson appears likely to propose because rather than raising income tax, the government is expected to increase a tax known as National Insurance. The burden of this falls on workers on payrolls and therefore disproportionally on the working poor and the young. No fewer than three former Conservative chancellors of the Exchequer have joined the chorus of criticism, including Philip Hammond, who said he would vote against such a plan in the House of Lords.

Jake Berry, a member of an influential group of Conservative lawmakers from the north of England, also told the BBC that the plan did not seem fair. The Labour Party plans to oppose an increase in National Insurance, raising the possibility of a close vote in Parliament.

Perhaps the biggest danger for Mr. Johnson is the hostility of fiscal conservatives on the right of his party, who object to any tax being increased, including one senior cabinet minister, Jacob Rees-Mogg.

Writing in the Sunday Express, Mr. Rees-Mogg, leader of the House of Commons, recalled President George H.W. Bush’s quote: “Read my lips: no new taxes,” noting that “voters remembered those words after President Bush had forgotten them.”

Mr. Sunak is also anxious to reign in spending, a view that is popular with the right wing of the Conservative Party.

“He believes there is a moral and political premium on not raising taxes, not raising spending and getting borrowing under control,” said Professor Bale, who added this was “partly because he knows that this where the beating heart of the Conservative parliamentary party lies.”

Professor Bale added that many Conservative lawmakers, like their prime minister, simultaneously seemed to want to keep taxes low while spending large sums on domestic priorities, their own version of Mr. Johnson’s philosophy, now nicknamed “cakeism.”

“He’s being ‘out-caked’ by his backbenchers,” Professor Bale said. “At least he seems prepared to sanction some tax rises, whereas his backbenchers seem want something for nothing, so in some ways he’s reaping what he sowed.” 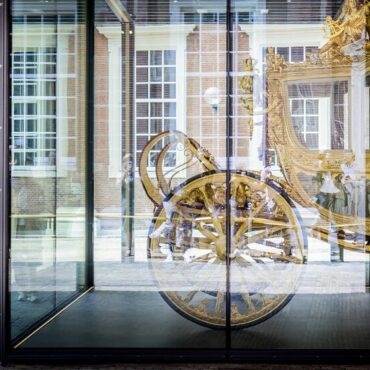 AMSTERDAM — In 1896, the city of Amsterdam decided to build Queen Wilhelmina a very special gift: a carriage covered in gold. The “Golden Coach” was designed to represent the entire kingdom and its resources, with leather from Brabant, cushions filled with flax from Zeeland and teak from the Dutch colony of Java.A prominent Dutch artist of the era, Nicolaas van der Waay, was commissioned to make panel paintings on […]