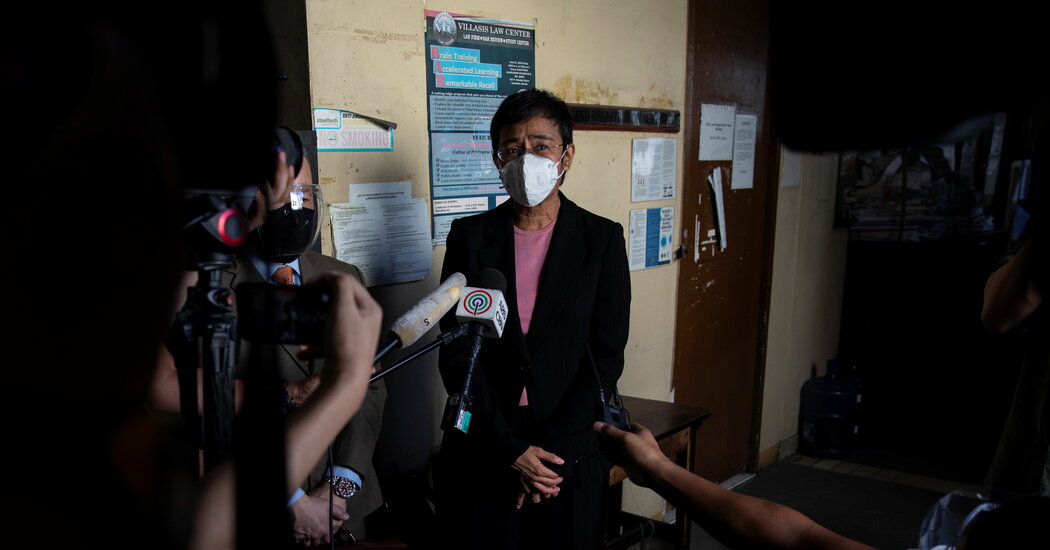 Seeking to bolster press freedoms at a time when journalists find themselves under increasing pressure from authoritarian governments and other hostile forces, the Nobel Peace Prize on Friday was awarded to two journalists thousands of miles apart for their tireless efforts to hold the powerful to account.

The journalists, Maria Ressa of the Philippines and Dmitri A. Muratov of Russia, were recognized for “their courageous fight for freedom of expression, which is a precondition for democracy and lasting peace.”

“They are representatives of all journalists who stand up for this ideal in a world in which democracy and freedom of the press face increasingly adverse conditions,” the committee said in a statement released after the announcement in Oslo.

Ms. Ressa — a Fulbright scholar, and a Time magazine Person of the Year for her crusading work against disinformation — has been a constant thorn in the side of President Rodrigo Duterte, her country’s authoritarian president.

The digital media company for investigative journalism that she co-founded, Rappler, has exposed government corruption and researched the financial holdings and potential conflicts of interest of top political figures. It has also done groundbreaking work on the Duterte government’s violent antidrug campaign.

“The number of deaths is so high that the campaign resembles a war waged against the country’s own population,” the committee said. “Ms. Ressa and Rappler have also documented how social media is being used to spread fake news, harass opponents and manipulate public discourse.”

Speaking on Rappler’s Facebook Live platform, Ms. Ressa said she hoped the award was a “recognition of how difficult it is to be a journalist today.”

“This is for you, Rappler,” she said, her voice breaking slightly, adding that she hopes for “energy for all of us to continue the battle for facts.”

Mr. Muratov has defended freedom of speech in Russia for decades, working under increasingly difficult conditions.

He was one of the founders of the independent newspaper Novaya Gazeta in 1993, and he has been the newspaper’s editor in chief since 1995. Despite a near constant barrage of harassment, threats, violence and even murder, the newspaper has continued to publish.

Since its start, six of the newspaper’s journalists have been killed, including Anna Politkovskaya, who wrote revealing articles about the war in Chechnya, according to the committee.

“Despite the killings and threats, editor in chief Muratov has refused to abandon the newspaper’s independent policy,” the committee wrote. “He has consistently defended the right of journalists to write anything they want about whatever they want, as long as they comply with the professional and ethical standards of journalism.”

Mr. Muratov said the announcement of the prize came as a surprise. When he received a call from an unidentified number from Norway, he told Russian media, he did not initially pick it up.

He said he would donate some of the prize money to the fight against spinal muscular atrophy, a cause for which he has long advocated, and to support journalism against pressure from the Russian authorities.

“We will use this award to fight for Russian journalism, which they’re now trying to repress,” Mr. Muratov told Podyom, a Russian news website.

The Nobel committee chose from 329 candidates, one of the largest pools in the 126-year history of the prize. Those who had been considered favorites for this year included climate change activists, political dissidents and scientists whose work helped fight the Covid-19 pandemic.

In its citation, the committee said that “free, independent and fact-based journalism serves to protect against abuse of power, lies and war propaganda.”

“Without freedom of expression and freedom of the press,” the committee said, “it will be difficult to successfully promote fraternity between nations, disarmament and a better world order to succeed in our time.” 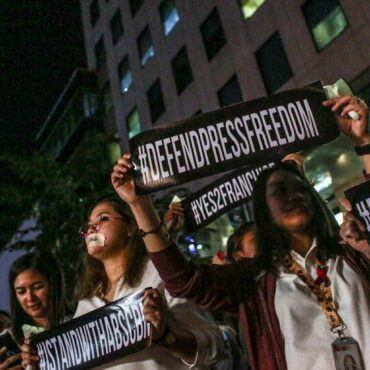 The existence online of a growing volume of disinformation becomes a means to undermine real and challenging journalism that adheres to the facts, especially for the growing number of governments across the world that brook no criticism.Both the Council of Europe and the Committee to Protect Journalists have expressed concern over the way the Covid-19 pandemic has led to violations of journalists’ freedom.“Despite the importance of media freedom, which arguably […]