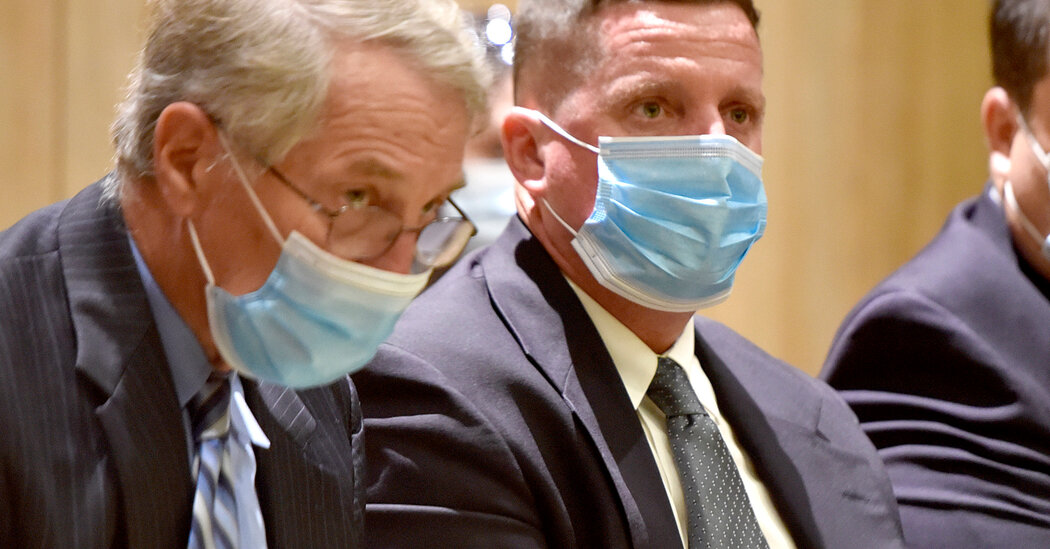 A Massachusetts state judge on Monday dismissed criminal charges against two administrators of the Holyoke Soldiers’ Home, where an outbreak of coronavirus led to 76 deaths, reasoning that the actions of administrators did not lead to the infections.

The state’s attorney general, Maura Healey, had sought criminal charges of criminal neglect and permitting body injury to an older person against the two administrators based on their decision to combine two understaffed dementia units, crowding together infected and uninfected men.

But Judge Edward J. McDonough Jr., of Hampton Superior Court, wrote in his dismissal that he believed the five veterans named in the case had been exposed to the virus before the two units were merged, so the administrators could not be held legally responsible.

“There was insufficiently reasonably trustworthy evidence presented to the grand jury that, had these two dementia units not been merged, the medical condition of any of these five veterans would have been materially different,” he wrote.

Ms. Healey is weighing whether to appeal the decision, a spokeswoman said.

“We are very disappointed in today’s ruling, especially on behalf of the innocent victims and families harmed by the defendants’ actions,” said Jillian Fennimore.

The criminal charges against the two administrators — the superintendent Bennett Walsh and the medical director David Clinton — were believed to be the first in the country brought against nursing home staff, and the two could had faced years or even decades in prison if convicted.

Because of staffing shortages, the facility consolidated the units, which had a total of 42 residents who had different Covid-19 statuses, and residents who were positive or symptomatic were placed six in a room that typically held four veterans. An independent investigation of the deaths quoted nurses who said they knew that the move to combine units would prove deadly to many of their patients.

Relatives of the veterans who died at the facility expressed frustration at the judge’s decision on Monday.

On the Scene: India’s Season of Pollution

On the Scene: India’s Season of PollutionMujib Mashal��Reporting from New DelhiSaumya Khandelwal for The New York TimesOne participant, Ravi Shankar Gupta, called the river a sewer. It didn’t stop him. “The sun deity says: ‘Even if you stand in a gutter and make an offering, I will protect you for the rest of the year,’” he said.Original story from https://www.nytimes.com