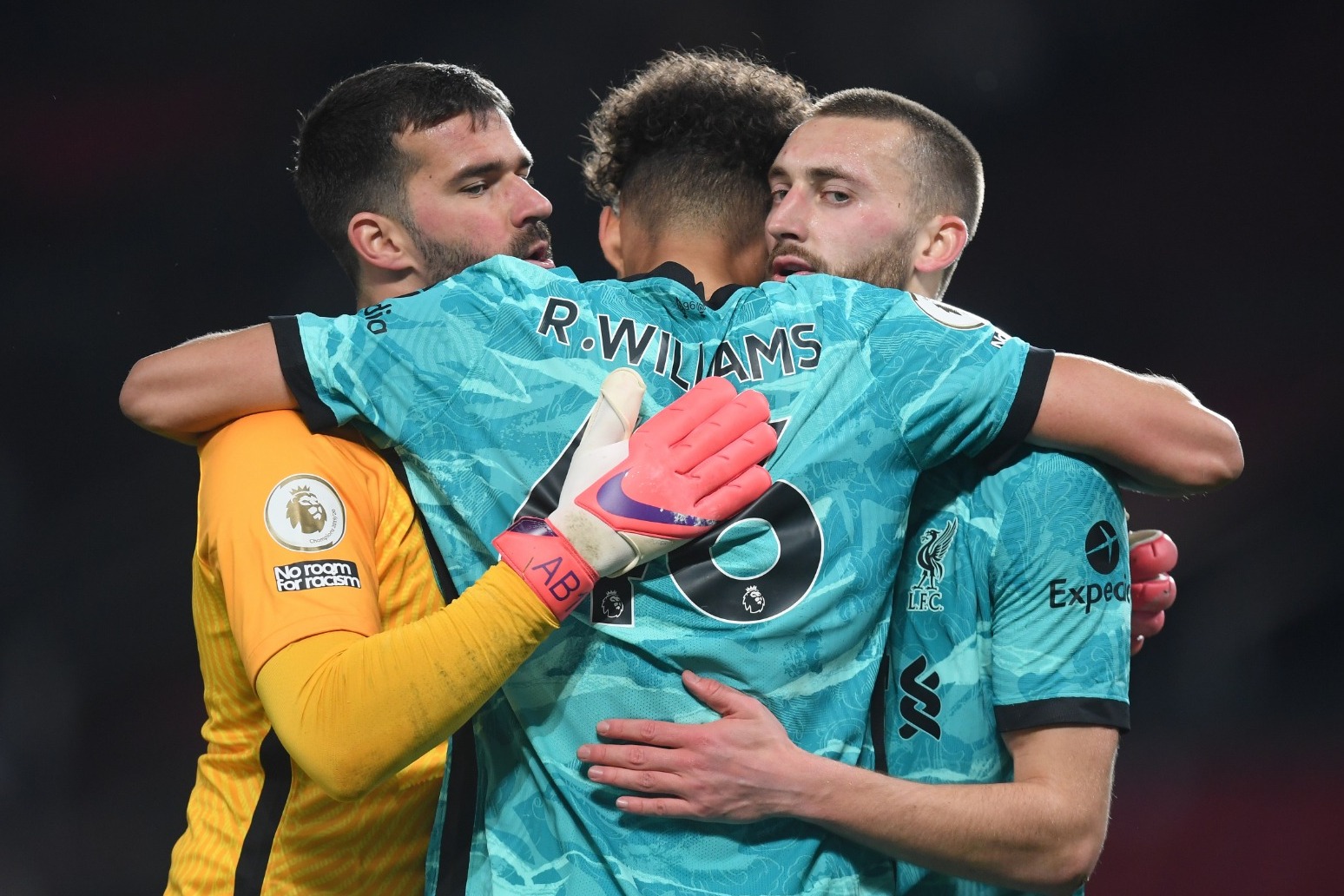 The reigning Premier League champions would have seen their attempts to qualify for next season’s Champions League seriously damaged had they lost on Thursday.

Jurgen Klopp tasted victory at Old Trafford for the first time as Liverpool breathed new life into their top-four push with a thrilling 4-2 win in the rearranged fixture against Manchester United.

After anti-Glazer protestors got into the ground and onto the pitch 11 days ago, further demonstrations could not stop Thursday’s Premier League fixture going ahead in Old Trafford’s final match behind closed doors.

United missed this chance to all but end Liverpool’s Champions League qualification hopes as their fourth match in eight days ended in a first home loss to their bitter rivals since 2014.

Stand-in skipper Bruno Fernandes’ deflected effort had got Ole Gunnar Solskjaer’s side off to a dream start, only for Diogo Jota to level with a smart flick after a penalty decision was overturned.

Liverpool pulled further ahead 72 seconds after half-time as a comedy of errors at the back ended with Firmino turning home his second of the evening.

United looked punch-drunk but eventually rallied as Marcus Rashford reduced the deficit, before Nat Phillips – who had deflected home Fernandes’ opener – cleared a Mason Greenwood attempt off the line.

Mohamed Salah ensured United would lose their sixth home league game of the season, racing through at the death as Liverpool moved into fifth and four points behind Chelsea with a game in hand.

It was an exhilarating match that followed a disrupted build-up, with United players arriving at the ground early in the afternoon to avoid protestors as executive boxes were turned into rest areas.

Liverpool stayed in a city centre hotel and saw a club-branded bus blocked in by cars, but players were not onboard and arrived through a back entrance as demonstrators descended on the main entrance.

The noise of a police helicopter reverberated around the heavily-guarded ground as the match got under way, with Edinson Cavani – among 10 changes – wasting a glorious fifth-minute chance after an Alisson Becker error.

But United continued strongly and opened the scoring in the 10th minute. Paul Pogba swept a ball out to the right and Rashford played into Aaron Wan-Bissaka, whose cutback found Fernandes and his shot went in off Phillips.

But the video assistant referee intervened, and the decision was overturned after Anthony Taylor looked at the pitchside monitor.

Pogba headed just wide at the other end but Liverpool were looking sharp and Jota saw a stinging strike tipped over, with United failing to clear their lines from the resulting corner.

Salah’s initial effort was blocked and Phillips kept it alive, before sending a low effort back towards goal as Jota smartly flicked home.

Liverpool pulled ahead as half-time approached. Alexander-Arnold sent a stoppage-time free-kick to the far post, where Firmino got behind Pogba and powered home a header.

Things went from bad to worse for the hosts 72 seconds into the second half.

Having appeared to get away with Fred’s loose pass, Luke Shaw saw his drive out of defence halted. Liverpool took that second chance as Firmino tucked the ball home after Henderson spilled Alexander-Arnold’s stinging strike.

United looked intent on shooting themselves in the foot and Fred nearly gifted Liverpool a fourth. The visitors broke after being gifted the ball and Jota struck a post.

Henderson just about denied Alexander-Arnold after yet more sloppy play, but United clicked into gear moving forwards and reduced the deficit in the 68th minute.

Cavani collected a pass from Rashford and proceeded to put the England forward behind the backline to send home a low shot via a slight touch off Andrew Robertson.

United nearly made it 3-3 two minutes later, only for substitute Greenwood’s chance to be cleared off the line by Phillips.

Henderson stopped Sadio Mane getting through in a helter-skelter conclusion, with Rashford hitting the side-netting and Fernandes missing with a dipping free-kick.

But Liverpool would not be denied as Salah raced through and kept his cool to beat Henderson. 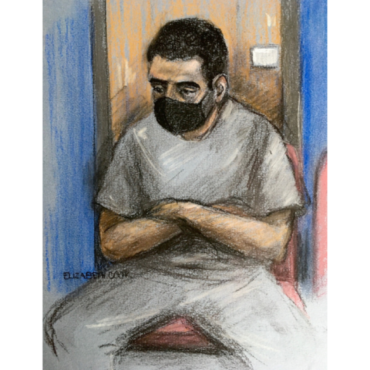