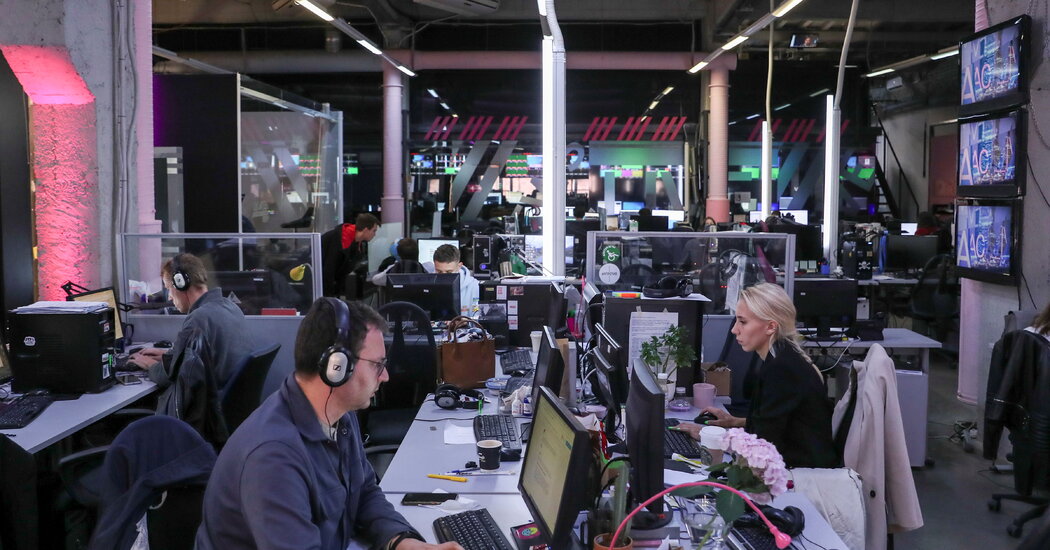 Hours after a Russian newspaper editor received the Nobel Peace Prize for helping to “safeguard freedom of expression,” the Russian government made another move to muzzle that expression.

Nine activists and journalists, including prominent Russian-language correspondents for the B.B.C. and the American-funded Radio Free Europe/Radio Liberty, were declared “foreign agents” by Russia’s Justice Ministry. They now have to submit to onerous disclosure requirements, including having to attach a lengthy disclaimer to every social media post.

It was the latest evidence that the Nobel for Dmitri A. Muratov came amid the most intense campaign of repression against the independent news media in Russia’s post-Soviet history.

“The Parliament does not represent all the people, it does not represent the minority with an alternative point of view,” Mr. Muratov said outside his newspaper’s office in Moscow on Friday. “The media represents them, and this is exactly why, I believe, these attacks on the Russian press are taking place.”

Leading Russian-language news outlets such as Meduza, TV Rain and Proekt have been declared “foreign agents” or banned outright in recent months, and investigative journalists have been driven into exile.

Mr. Muratov’s Novaya Gazeta is the most prominent independent outlet remaining that has not been declared a foreign agent. Unlike some other independent journalists, Mr. Muratov has sought to find ways to engage with the Kremlin, and he took part in a meeting of Russian editors in chief with Mr. Putin earlier this year.

But he has grown increasingly pessimistic about the future of political freedoms in Russia. Increasingly, he has said, it is the powerful Federal Security Service — the main successor agency to the K.G.B. — that is charged with managing domestic politics, limiting the space for activism or independent journalism ever more.

In recent months, the Kremlin has been able to carry out its crackdown on dissent without provoking a widespread public backlash. That has emboldened the authorities, he says.

“The authorities have suddenly realized that most people have absolutely no need for freedom,” Mr. Muratov told the Russian news website Znak.com in August.

Some Russian analysts and journalists have speculated that it would be only a matter of time until Novaya Gazeta were outlawed or forced out of business. With its extensive coverage of sensitive matters like rights abuses in the Russian republic of Chechnya, environmental disasters caused by leading Russian companies and torture in prisons, the newspaper has earned many enemies.

The recognition by the Nobel committee could give the newspaper a fresh lease on life, its supporters hope.

On Friday, even Margarita Simonyan, the editor of the pro-Kremlin television channel RT, congratulated Mr. Muratov, noting he worked to help ill children. Mikhail V. Mishustin, the Russian prime minister, through his spokesman lauded Mr. Muratov for “his high professionalism, his loyalty to his convictions, and, importantly, his human qualities.”

“We can congratulate Dmitri Muratov,” President Vladimir V. Putin’s spokesman, Dmitri S. Peskov, told reporters. “He consistently works according to his ideals. He is committed to his ideals, he is talented, he is brave and of course this is a high-level recognition.”

The question now is whether the award for Mr. Muratov — the first Russian Nobel Peace Prize laureate in post-Soviet times — helps protect what remains of independent journalism in Russia. Some critics were quick to allege on Twitter that the award could serve the Kremlin by allowing Mr. Putin to point to Novaya Gazeta as proof that freedom of expression in Russia still exists.

“We will try to help those people who are now being declared agents, who are being repressed, and who are being exiled from the country,” Mr. Muratov told a Russian news website, Podyom. 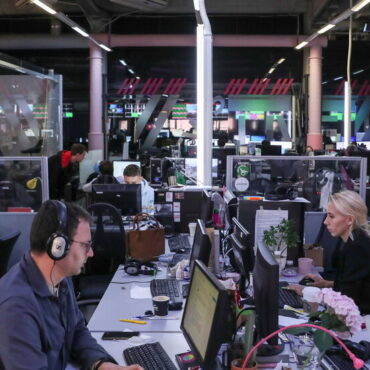 Even as it praised the Russian prize winner, the Kremlin stepped up its assault on independent news.

Hours after a Russian newspaper editor received the Nobel Peace Prize for helping to “safeguard freedom of expression,” the Russian government made another move to muzzle that expression.Nine journalists, including prominent Russian-language correspondents for the B.B.C. and the American-funded Radio Free Europe/Radio Liberty, were declared “foreign agents” by Russia’s Justice Ministry. They now have to submit to onerous disclosure requirements, including having to attach a lengthy disclaimer to every social […]