Kristalina Georgieva’s tenure at the I.M.F. is in limbo as its board weighs allegations against her. 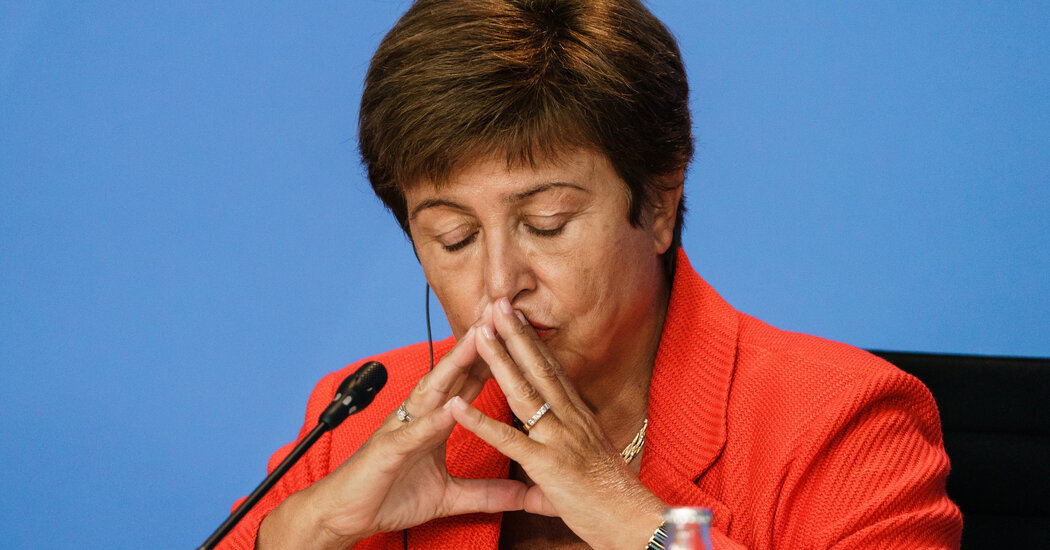 WASHINGTON — The tenure of Kristalina Georgieva as managing director of the International Monetary Fund faces a pivotal moment on Friday, when the fund’s executive board will meet to decide whether she should continue to be its leader following allegations that she pressured staff to manipulate a report to placate China when she was a top World Bank official.

This week, the executive board spent hours questioning Ms. Georgieva about her actions. They also interviewed attorneys from WilmerHale, the law firm that conducted the World Bank’s internal review of the circumstances surrounding the Doing Business survey. The firm conducted an internal review that was published last month and concluded that Ms. Georgieva played a central role in meddling with the report, raising questions about her judgment and ability to continue leading the I.M.F.

Ms. Georgieva has denied the allegations, and in a meeting with the board on Wednesday she offered a forceful rebuttal.

“The WilmerHale Report does not accurately characterize my actions with respect to Doing Business 2018, nor does it accurately portray my character or the way that I have conducted myself over a long professional career,” Ms. Georgieva said in a statement to the board that was obtained by The New York Times.

Mr. Georgieva, a Bulgarian economist who assumed the top I.M.F. job in 2019, also criticized the nature of the World Bank investigation and said that she had been misled.

“The email from WilmerHale requesting my participation said clearly that I was not a subject of the investigation and assured me that my testimony was confidential and protected by World Bank staff rules, which guarantee due process,” Ms. Georgieva said. “None of this proved to be true.”

The controversy surrounding Ms. Georgieva has raised questions about China’s influence in multilateral institutions. It has also become a distraction for the I.M.F. as it is trying to help coordinate the global economic response to the pandemic. Prominent economists have publicly debated whether she should step down. The Economist magazine called last month for Ms. Georgieva’s resignation.

The United States, which is the fund’s largest shareholder, has yet to offer public support, and officials have declined to say if she should stay in the job.

“There is a review currently underway with the I.M.F. Board, and Treasury has pushed for a thorough and fair accounting of all the facts,” said Alexandra LaManna, a Treasury spokeswoman. “Our primary responsibility is to uphold the integrity of international financial institutions.”

Former World Bank officials have described Ms. Georgieva as a polarizing figure, but she has generally won praise at the I.M.F. When she assumed the job in 2019, she quickly restructured the fund to assume more direct control over its daily operations. That included removing David Lipton, a long time I.M.F. official and its first deputy managing director, before his term expired.

Mr. Lipton is now a top adviser to Treasury Secretary Janet L. Yellen, who will have significant input as to whether Ms. Georgieva remains in the job.

Republicans and Democrats in Congress have expressed concern about Ms. Georgieva’s actions at the World Bank and called on Ms. Yellen to ensure “full accountability.”

The United States traditionally selects an American to be president of the World Bank, while the managing director of the I.M.F. is usually from Europe.

The I.M.F.’s executive board will meet again on Friday and could make a decision about whether it continues to have confidence in Ms. Georgieva.

The annual meetings of the World Bank Group and the International Monetary Fund take place next week. 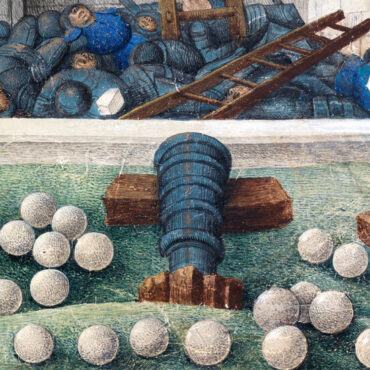 The earliest big guns blew up “a lot,” Dr. Rogers said. The blasts killed gunners and, in one case, a Scottish king. He pointed to a siege in 1409 of a fortress in Vellexon, France, as an example of the failures. The siege, conducted by Burgundians against a rebel lord during a period of civil war, employed eight bombards to pummel the walls of the castle with large cannonballs — […]