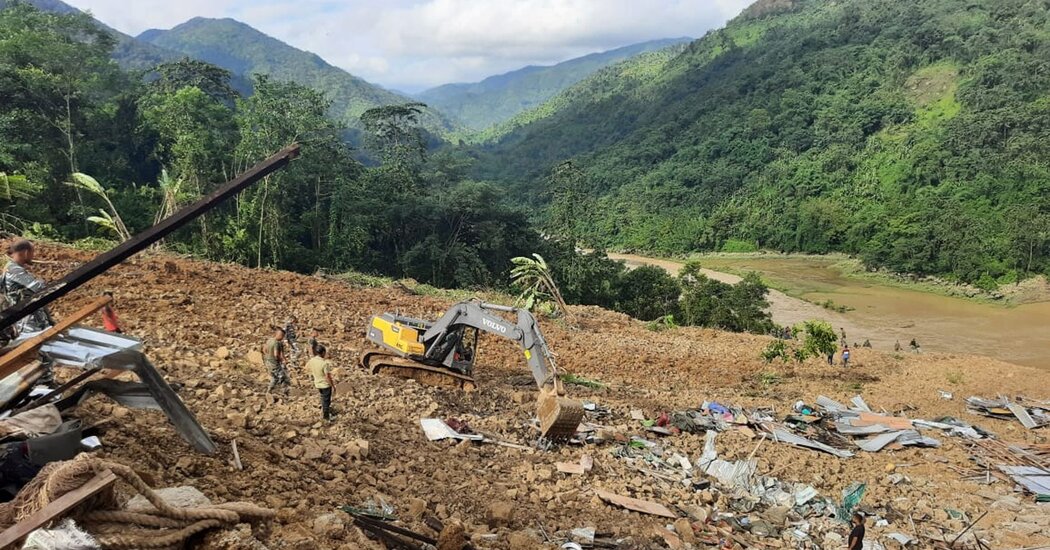 At least 18 people were killed and more feared dead, after days of heavy rainfall set off a landslide in India’s remote and mountainous northeastern state of Manipur.

It is the latest tragedy in a country that has been plagued by catastrophic rainfall and flooding in recent months. The extreme weather has destroyed communities, forced evacuations and threatened lives.

On Friday, rescue workers in Manipur were still looking for dozens of people, who were instantly buried under layers of mud and rocks overnight Wednesday, when the landslide occurred in the Noney District. Indian television stations showed rescue personnel carrying mud-covered bodies on stretchers.

Many of the people who died and those still trapped under the rubble had been in the area to work on the construction of a railroad station deep in the mountains. Some were soldiers in the Indian Army. Others were railway workers, local villagers and laborers.

“The entire country is deeply saddened by loss of lives,” Nongthombam Biren Singh, the chief minister of Manipur State, said on Friday.

Prime Minister Narendra Modi said on Twitter that he had reviewed the situation in Manipur and had assured Mr. Singh of “all possible support” from the central government. “I pray for the safety of all those affected,” he said. “My thoughts are with the bereaved families.”

Weeks of heavy rainfall from the monsoons have already killed more than 100 people and left millions homeless in India’s northeast and in neighboring Bangladesh. More than 60 people were killed in May during days of flooding, landslides and thunderstorms that left many people without food and drinking water and isolated them by cutting off the internet.

Scientists have said that India and Bangladesh are particularly vulnerable to climate change because of their proximity to the warm tropical waters of the Indian Ocean and the Bay of Bengal, which are increasingly experiencing heat waves. The rising sea temperatures have led to dry conditions in some parts of the Indian subcontinent and a significant increase in rainfall in other areas, according to a study published in January by the Indian Institute of Tropical Meteorology in Pune.

In India’s northeastern state of Assam, one of the worst affected areas during the pre-monsoon and monsoon season, a paramilitary camp was inundated by floodwaters on Friday after persistent rain over the last three days.

The India Meteorological Department forecast heavy rainfall over the next 24 hours in at least 20 states, including Assam, Manipur, Meghalaya, Tripura, Arunachal Pradesh and Nagaland, all in the northeast. The heavy rains also delayed flights and submerged roads in India’s capital, New Delhi, on Thursday. 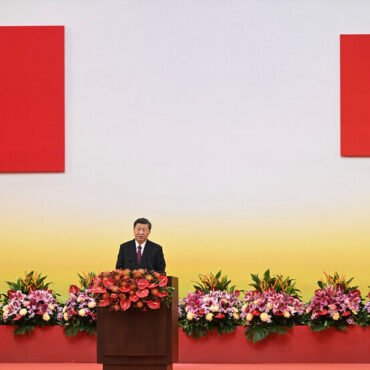 HONG KONG — Under swarms of security, beneath clouds threatening rain, China’s leader, Xi Jinping, marked the 25th anniversary of Hong Kong’s return to China with a showcase of just how thoroughly he had transformed and subdued this once-freewheeling city.The police goose-stepped in Chinese military fashion at a flag-raising ceremony and showed off new mainland-made armored vehicles. The city’s streets were empty of the protesters who traditionally gathered by the […]