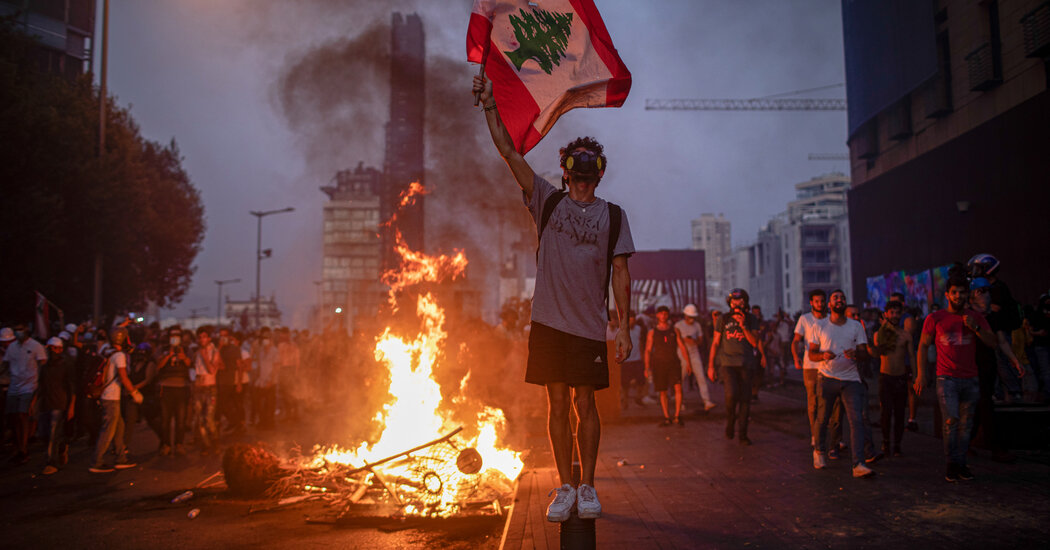 Lebanon is enduring a humanitarian catastrophe created by a financial meltdown. The World Bank has called it one of the worst financial crises in centuries. “It really feels like the country is melting down,” Ben Hubbard, a Times reporter who has spent much of the past decade in Lebanon, told us. “People have watched an entire way of living disappear.”

It’s a shocking turnaround for a country that was one of the Middle East’s economic success stories in the 1990s. Given the scale of the suffering and the modest media attention it has received while the rest of the world remains focused on Covid-19, we are devoting today’s newsletter to explaining what has happened in Lebanon, with Ben’s help.

How did this happen?

As often happens with a financial crisis, the situation built slowly — and then collapsed quickly.

After Lebanon’s 15-year civil war ended in the 1990s, the country decided to tie its currency to the U.S. dollar, rather than allowing global financial markets to determine its value. Lebanon’s central bank promised that 1,507 Lebanese lira would be worth exactly $1 and that Lebanese banks would always exchange one for the other.

That policy brought stability, but it also required Lebanon’s banks to hold a large store of U.S. dollars, as Nazih Osseiran of The Wall Street Journal has explained — so the banks could make good on the promise to exchange 1,507 lira for $1 at any point. Lebanese firms also needed dollars to pay for imported goods, a large part of the economy in a country that produces little of what it consumes.

For years, Lebanon had no problem attracting dollars. But after 2011, that changed. A civil war in Syria and other political tensions in the Middle East hurt Lebanon’s economy. The growing power of the group Hezbollah, which the U.S. considers a terrorist organization, in Lebanon also deterred foreign investors.

To keep dollars flowing in, the head of Lebanon’s central bank developed a plan: Banks would offer very generous terms — including an annual interest of 15 percent or even 20 percent — to anybody who would deposit dollars. But the only way for banks to make good on these terms was by repaying the initial depositors with money from new depositors.

Of course, there is a name for this practice: a Ponzi scheme. “Once people realized that, everything fell apart,” Ben said. “2019 was when people stopped being able to get their money out of the banks.”

Officially, the exchange rate remains unchanged. But in everyday transactions, the value of the lira has plummeted by more than 90 percent since 2019. The annual rate of inflation has exceeded 100 percent this year. Economic output has plunged.

Even before the crisis, Lebanon was a highly unequal country, with a wealthy, political elite that has long enriched itself through corruption.

Three developments since 2019 have worsened the situation.

First, the government tried to raise money by imposing a tax on all WhatsApp calls, which many Lebanese families use because phone calls are so expensive. The tax infuriated people — many of whom saw it as another example of government-imposed inequality — and prompted large and sometimes violent protests. “People outside looked at the country and said, ‘Why would I involve my business in a place like that?,’” Ben said.

Third, a huge explosion at the port in Beirut, Lebanon’s capital, in August 2020 killed more than 200 people and destroyed several thriving neighborhoods. “A lot of people couldn’t afford to fix their homes,” Ben said. (This Times project takes you inside the port and shows how corruption helped to make the explosion possible.)

Lebanon formed a new government last month, for the first time since the explosion. The prime minister is Najib Mikati, a billionaire who held the position two previous times since 2005.

The French government and other outsiders have pushed the Lebanese government to enact reforms, but there is little evidence it will. The Biden administration, focused on other parts of the world, has chosen not to become deeply involved.

Many Lebanese families are relying for their survival on money transferred from family members living in other countries. “The only thing keeping a lot of people afloat is that most Lebanese families have relatives somewhere abroad,” Ben said.

The N.F.L. is full of Jon Grudens, The Atlantic’s Jemele Hill writes.

Blockbuster: A film director has finally made a “Dune” that fans will love.

Profile: Selma Blair wants you to see her living with multiple sclerosis.

A Times classic: Which country’s health care system would you pick?

Lives Lived: Myriam Sarachik escaped the Nazis, fought sexism in the world of physics and conducted groundbreaking research on magnetism. She died at 88.

Fifty years ago, the rock opera “Jesus Christ Superstar” — with music by Andrew Lloyd Webber and lyrics by Tim Rice — opened on Broadway. Outside the sold-out shows, protesters called the musical blasphemous.

The production was a risk. It tells the story of the last seven days of Jesus’ life through the eyes of one of his disciples, Judas Iscariot. As Lloyd Webber recently told the British newspaper The Telegraph, producers considered it “the worst idea in history” and didn’t want to put it onstage.

Some initial reactions echoed those fears. The Times critic Clive Barnes panned the production: “It all rather resembled one’s first sight of the Empire State Building. Not at all uninteresting, but somewhat unsurprising and of minimal artistic value.”

Ultimately, the show won over audiences. A spectacle that married rock and musical theater, the musical paved the way for shows like “Les Misérables” and “The Phantom of the Opera,” Sarah Bahr writes in The Times. — Claire Moses, a Morning writer 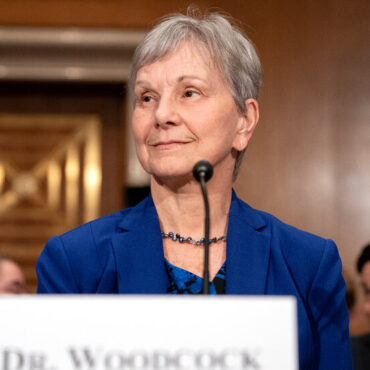 Moderna and J.& J. Boosters: What Are the Next Steps?

An independent panel of experts advising the Food and Drug Administration will examine data on Moderna’s coronavirus vaccine booster shot on Thursday, and on Johnson & Johnson’s on Friday. Each day will culminate in a vote by the panel on whether to recommend emergency authorization for that booster for recipients of that vaccine.So what happens after the panel votes? There are further steps at the F.D.A., then steps at the […]