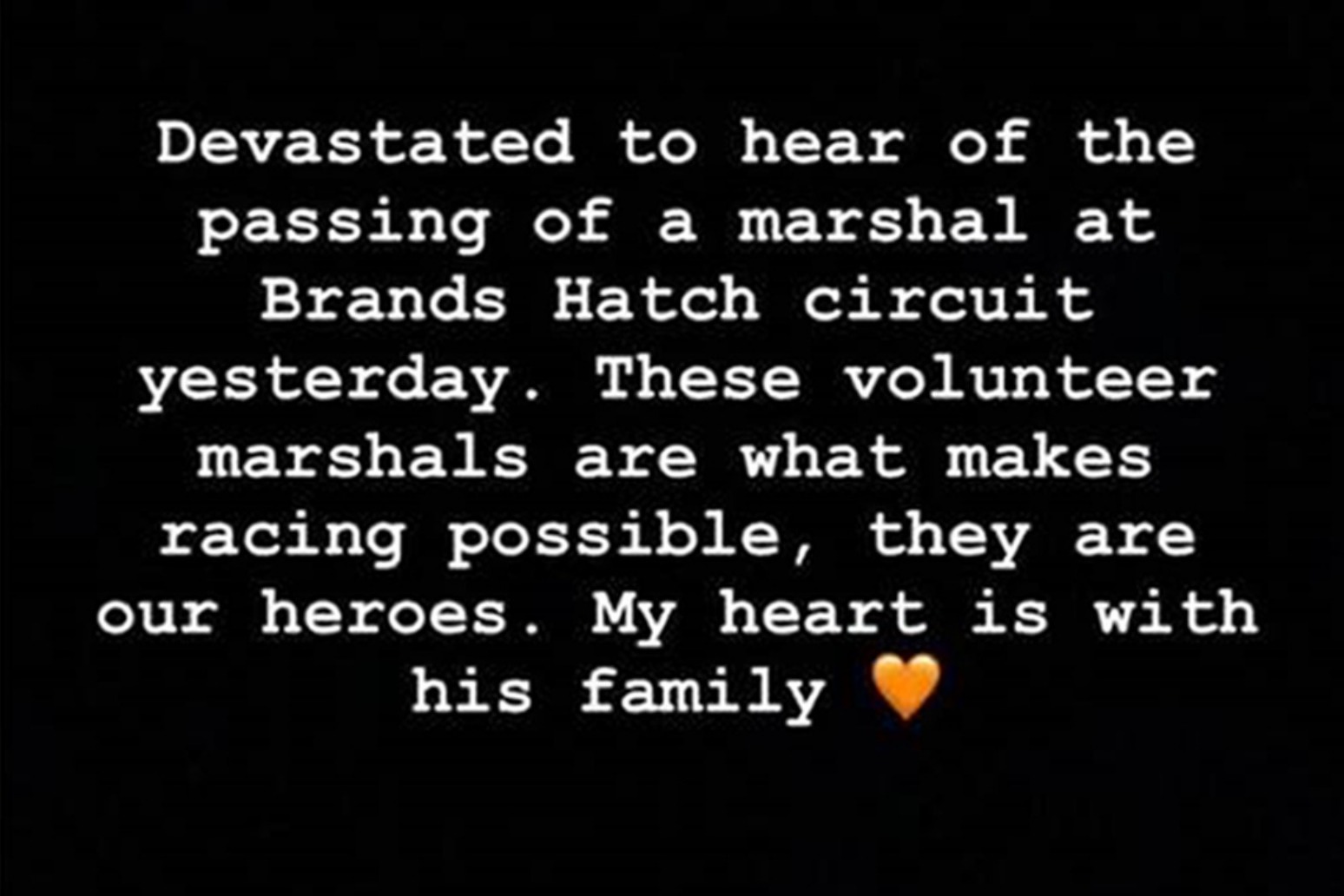 Lewis Hamilton has said he is “devastated” following the death of a volunteer marshal during a race meeting at the Brands Hatch circuit.

The incident occurred during an event at the Kent racing track on Saturday afternoon.

Reacting to the accident on Sunday morning, Hamilton said on social media that his heart is with the volunteer marshal’s family.

He wrote on Instagram: “Devastated to hear of the passing of a marshal at the Brands Hatch Circuit.

“These volunteer marshals are what makes racing possible, they are heroes.

“My heart is with his family”.

The post was accompanied by an orange love heart emoji.

A spokesman for Kent Police said the force was called shortly before 3pm following a collision involving a car and two people on foot at Brands Hatch.

He said officers attended the scene and carried out inquiries, with no suspicious circumstances being reported.

The British Automobile Racing Club (BARC) said in a statement that it was “saddened to confirm that as a result of an accident that occurred during a race meeting at Brands Hatch circuit today, a volunteer marshal tragically lost their life.

“The rest of the day’s racing activity was cancelled.”

Other drivers and organisations associated with the sport also expressed their sadness.

Motorsports UK tweeted: “The thoughts of everyone at Motorsport UK are with the marshal’s family, the event organisers, and other members of the motorsport community present.

“Together with BARC we have begun a full investigation into the accident.”

“Marshalls are volunteers who give up their weekends to support the sport they love. Awful to hear that a member of this close knit community lost their life.

“My condolences to the family at this tragic time.” 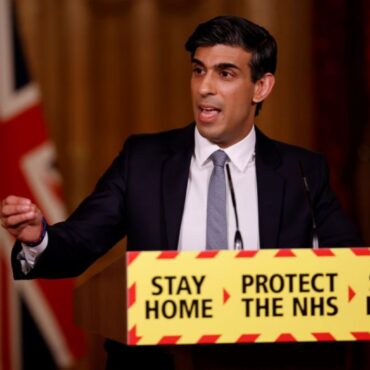 The Chancellor has warned Boris Johnson that the UK’s travel restrictions are “out of step” with its international rivals as he pushes for holiday rules to be relaxed, according to reports. The Sunday Times reported that Rishi Sunak has written to the Prime Minister about the damage that the current border rules are doing to the country’s economy, particularly its tourism and hospitality sector. He is said to be calling […]