Norris, 21, appeared on course to keep Hamilton at bay, and become the youngest British Formula One winner.

But the race turned on its head with just eight laps remaining when the rain arrived in Sochi.

Hamilton moved to the wet tyres with four laps left but Norris stayed out on slick rubber after telling his McLaren team he did not want to stop.

However, the decision came back to haunt the young Englishman as the rain increased and he was unable to keep his McLaren on the track.

On lap 51 of 53, Hamilton assumed the lead with Norris having to stop for wets and dropping down the order.

Hamilton claimed the 100th win of his career, ahead of Max Verstappen, who drove from last to second, with Carlos Sainz completing the podium.

Hamilton moves into the lead of the championship, two points clear of Verstappen with seven races remaining. 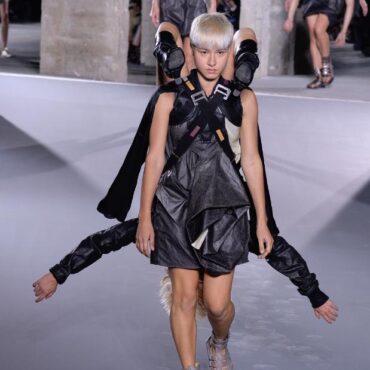 Written by Leah Dolan, CNNCNN Style is one of the official media partners of Paris Fashion Week. See all coverage here.From September 27 to October 5, the streets of Paris will once again come alive with models, designers and editors as fashion week prepares to take over the capital. There are more than 100 brands on the official Paris Fashion Week schedule -- and while only around a third of […]