Lindsey Graham Says of Putin: Someone in Russia Should ‘Take This Guy Out’ 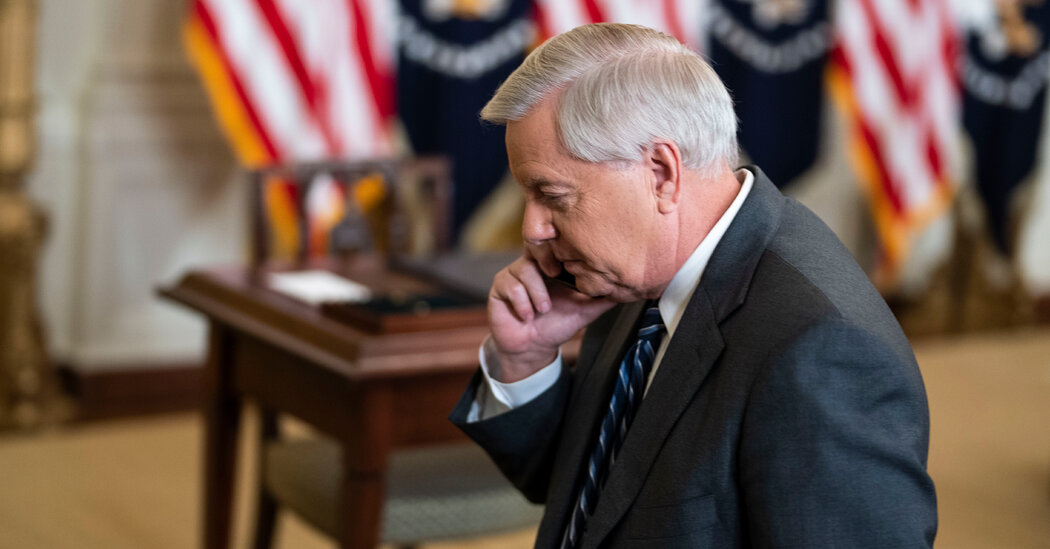 Senator Lindsey Graham, Republican of South Carolina, called on Thursday night for the assassination of President Vladimir V. Putin, saying in a television interview as Russian forces shelled a nuclear power plant in Ukraine that somebody in Russia should “step up to the plate” and “take this guy out.”

“Is there a Brutus in Russia?” Mr. Graham asked on Fox News. “Is there a more successful Colonel Stauffenberg in the Russian military? The only way this ends is for somebody in Russia to take this guy out.”

“The only people who can fix this are the Russian people,” Mr. Graham continued. “Easy to say, hard to do. Unless you want to live in darkness for the rest of your life, be isolated from the rest of the world in abject poverty, and live in darkness, you need to step up to the plate.”

In Russia, the Kremlin’s spokesman described Mr. Graham’s statement as an instance of a “hysterical Russophobic fit” that has captured the United States. “These days, not everyone can keep a sound mind,” said Dmitri S. Peskov. “Unfortunately, many people go mad.”

An aide to Mr. Graham noted that he had made similar comments on the conservative network Newsmax, stating that “he was OK with a coup to remove Putin as well.”

Mr. Graham’s comments came as senior White House aides privately worried that Mr. Putin will feel cornered by an initial avalanche of global sanctions and lash out, potentially escalating the war he started.

The senator faced a swift backlash from members of his own party, including Senator Ted Cruz, Republican of Texas, who wrote on Twitter: “This is an exceptionally bad idea.”

“Use massive economic sanctions; BOYCOTT Russian oil & gas; and provide military aid so the Ukrainians can defend themselves,” Mr. Cruz said. “But we should not be calling for the assassination of heads of state.”

On Capitol Hill, Mr. Graham has been unsparing in his denunciation of Mr. Putin, introducing legislation supporting the Ukrainian government’s push to charge him with war crimes at the International Criminal Court, and urging President Biden to stop the importation of all Russian energy products.

His comments on Thursday night were the most bellicose yet, but they were also reflective of both Mr. Graham’s hawkish nature and his tendency to speak off the cuff. After Speaker Nancy Pelosi, Democrat of California, announced on Thursday that she supported the bill to ban Russian oil and gas, Mr. Graham cracked: “So Nancy Pelosi is with us, which made me wonder: What am I doing?”

Many Republicans had the same question for Mr. Graham after his latest comments, particularly right-wing lawmakers who have veered away from their party’s hawkish traditions and toward the “America-first” approach championed by former President Donald J. Trump.

“We need leaders with calm minds & steady wisdom,” she wrote in a Twitter post. “Not blood thirsty warmongering politicians trying to tweet tough by demanding assassinations. 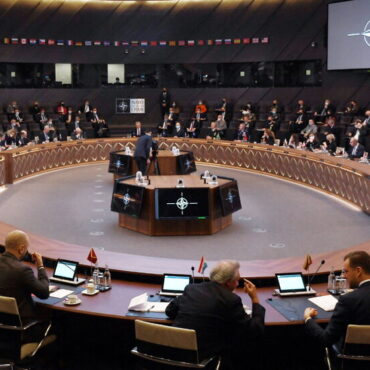 BRUSSELS — NATO foreign ministers rejected any possibility of intervening against Russian forces in Ukraine, whether on the ground or in the air, the alliance’s secretary general said Friday.“Allies agree we should not have NATO planes operating over Ukrainian air space or NATO troops operating in Ukrainian territory,” Jens Stoltenberg, the secretary general, said at a news conference after a meeting of foreign ministers.Ukrainian officials have called for a no-fly […]