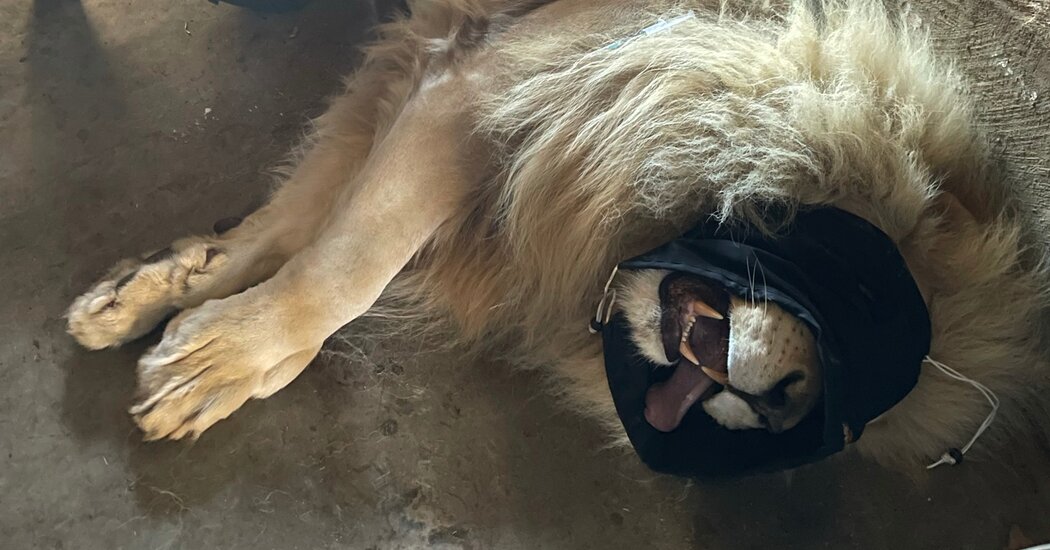 JOHANNESBURG — Lions at a South African zoo that caught the coronavirus from their handlers were sick for more than three weeks and continued to test positive for up to seven weeks, according to a new study that raised concerns about the virus spreading among animals in the wild.

It is not clear how much virus the lions were carrying or whether they were actively infectious for the whole period that they tested positive. But prolonged periods of infection in big cats would raise the risk that an outbreak in the wild might spread more widely and infect other species, researchers said. That might eventually make the virus endemic among wild animals, and in a worst case, give rise to new variants that could jump back to humans.

The study at the University of Pretoria is likely the first of its kind in Africa. Researchers began to monitor captive wildlife in zoos and conservation sanctuaries after a tiger at the Bronx zoo got sick with the coronavirus in April 2020, according to Professor Marietjie Venter, the principal investigator on the study.

The research team monitored two pumas that contracted the coronavirus at a private zoo in July 2020, during South Africa’s first pandemic wave. The pumas, which are not native to South Africa, started showing symptoms, including loss of appetite, diarrhea, runny noses and persistent coughs. Both cats made a full recovery after 23 days.

About a year later at the same zoo, three lions began to show similar symptoms. One of the lions, an older female, developed pneumonia. The lion’s handler and an engineer at the zoo also tested positive for the virus.

This time, researchers were able to sequence the samples and found that the lions and their handler were infected with the same Delta variant. The illness developed by the lions, particularly in the older female, showed that animals, like people, could develop severe symptoms from Delta, which drove South Africa’s deadliest pandemic wave.

The lions recovered after 25 days, but had positive P.C.R. tests for more than three additional weeks. P.C.R. tests amplify the virus’s genetic material and therefore can detect even very small amounts. The data suggested that the amount of virus the lions were carrying decreased over those weeks, and it was not clear precisely how long they were infectious.

In a captive environment, the animals were kept in quarantine, but in larger parks dotted around South Africa, where lions are a common public attraction, controlling an outbreak could prove “very, very difficult,” the study said, particularly if it were undetected. These lions are often fed by humans rather than hunting for themselves, increasing their exposure.

“If you don’t know that its Covid, there’s a risk that it can then spread to other animals and then potentially back to humans,” said Dr. Venter, a professor of medical virology, who teamed up with a wildlife veterinary scientist for this study. The animals were infected long enough “that the virus can actually undergo mutations,” she said, “but the risk is more that if you’re in a wildlife reserve and it spreads into the wild it can then become endemic.”

The coronavirus driving the global pandemic likely originated in bats and eventually jumped to humans, in what is known as “spillover” infections.

Scientists warn that “spillback” infections of humans infecting animals — as have occurred with mink, deer and domestic cats — could ravage whole ecosystems in the wild. Infections that reached the wild could also expand the virus’s potential to spread unchecked and mutate in animals, potentially into variants dangerous to humans.

One well-studied phenomenon involves infections among large populations of captive mink. At one mink farm in Denmark, the virus mutated into a new strain during the switch from human to mink, prompting the mass slaughter of the animals throughout that country and Europe to prevent its spread back to humans.

By contrast, the South African study involved small outbreaks, but Dr. Venter noted that the spread in mink shows the potential danger of larger outbreaks in wildlife. 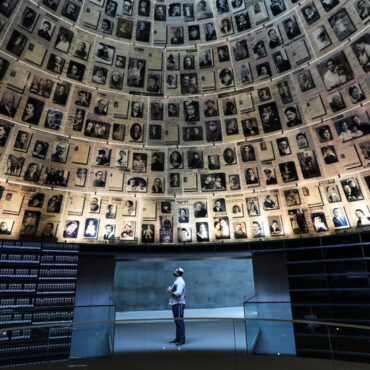 The United Nations on Thursday adopted an Israeli resolution that condemns denial and distortion of the Holocaust, the Nazi genocide that killed nearly six million Jews and millions of others.Adoption of the resolution by the 193-member General Assembly, co-sponsored by Germany and supported by the United States and Russia among many others, took place against the backdrop of rising antisemitism globally, punctuated by an attack on a Texas synagogue less […]