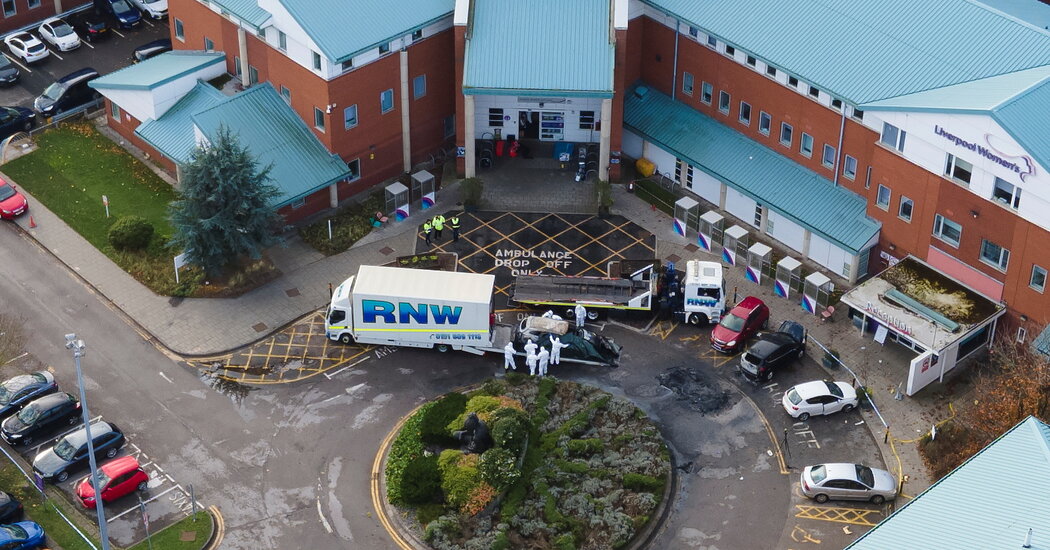 LONDON — The man who set off an explosive device in a taxi outside a Liverpool hospital on Sunday had been buying components for the device for months and had a history of mental illness, the police said on Wednesday.

The police have said they believe the man, who was the only person killed in the blast, was a 32-year-old named Emad Al Swealmeen. According to the police, he was originally from Iraq, but the authorities have said they are still trying to understand the motivation for the attack in the northern English city, which is being treated as an act of terrorism.

“A complex picture is emerging over the purchases of the component parts of the device,” Russ Jackson, the head of counterterrorist policing for northwestern England, said in a statement on Wednesday.

He said that as early as April, when Mr. Al Swealmeen had rented a property in Liverpool, he had made “relevant purchases.”

“Our enquiries have found that Al Swealmeen has had episodes of mental illness — this will form part of the investigation and will take some time to fully understand,” he added. He did not provide any details about the illness.

In the wake of the explosion in Liverpool, Britain’s national terrorism threat level was raised from “substantial” to “severe” on Monday, indicating that another attack was “highly likely.” The government said it had made the change in response to two attacks that it deemed to be terrorism within the past month.

In October, the Conservative lawmaker David Amess was stabbed to death while meeting with constituents in a church east of London.

Sunday’s blast unfolded shortly before 11 a.m. when the taxi carrying Mr. Al Swealmeen pulled up outside Liverpool Women’s Hospital. As the vehicle approached, an explosion went off inside it, engulfing the vehicle in flames.

The police said a post mortem examination had determined the cause of death to have been injuries sustained from the fire and explosion. The driver of the taxi, identified in local news reports as David Perry, escaped with minor injuries.

Security camera footage taken at the scene shows the taxi pulling up at the hospital entrance and then a blast that appears to blow out the vehicle’s windows. White smoke can be seen rising from the car as the driver leaps from the front seat.

Mr. Jackson said that the police had not found links to other individuals of concern in the Liverpool area but added, “This remains a fast moving investigation and as more becomes known we cannot rule out action against others.”

The police have appealed to anyone who knew Mr. Al Swealmeen to come forward to the police. But in the days since the explosion, small details have emerged from those who knew him during his years living in the city.

Mr. Al Swealmeen had lived with Malcolm Hitchcott, a retired high-ranking soldier, and his wife, Marion Hitchcott, for eight months beginning in 2017 after meeting at church. The pair said they were shocked by the news.

“There was never any suggestion of anything amiss like there has turned out to be,” Mr. Hitchcott told ITV News.

“He was a very quiet fellow,” Mr. Hitchcott said. “He didn’t express himself a lot, but what he did say was usually very deep and of a Christian nature.”

Mrs. Hitchcott told ITV News: “What a waste of a life. But the one thing, I suppose, to be thankful for is that he did not kill anyone else.” 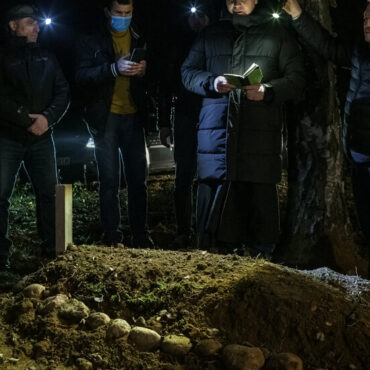 A Syrian teenager is buried in Poland, and a pair of brothers are rescued from a forest.

In the small Polish town of Bohoniki, a young Syrian, Ahmed Al Hasan, was buried on Monday.The 19-year-old man died in a river in late October in this freezing, forested buffer zone where thousands of migrants and asylum seekers have been sent by the Belarus government to try to break through into Poland and the European Union.Bohoniki, the historic home of Poland’s Muslim Tatar minority, has a mosque and an […]