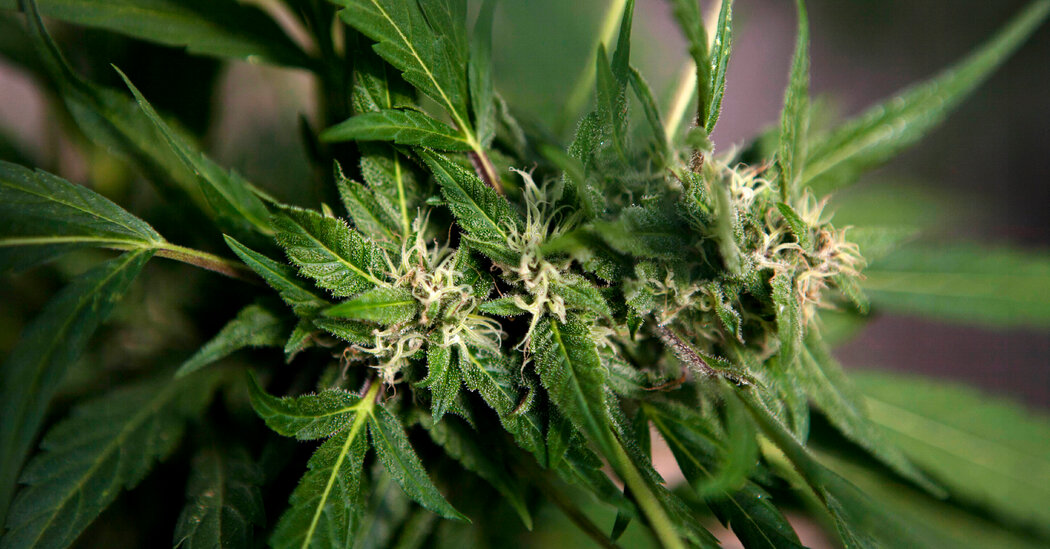 Malta on Tuesday became the first country in the European Union to agree to formally legalize the use and growing of marijuana for recreational purposes, the latest sign of a more liberal approach to the substance being taken in the bloc in recent years.

“It’s groundbreaking,” Owen Bonnici, the Maltese minister for equality, research and innovation who introduced the bill, said in a phone interview. The new law would end the criminalization of people for smoking marijuana and reduce criminal trafficking of the substance, he said.

“Malta can be a model for harm reduction,” he added.

The law, passed by Parliament and awaiting only the president’s signature, which is considered a formality, to come into effect, allows people to carry up to seven grams of marijuana, grow up to four plants in their apartments and keep up to 50 grams of dried cannabis at home.

Similar forms of decriminalization exist in other European countries, such as the Netherlands, Portugal and Spain, but in those cases, possession of small amount of cannabis can still be a civil offense and coffee shops or cannabis social clubs are “tolerated” or only de facto allowed by court decisions.

“Malta has formally legislated what exists in other European countries in a weird gray area,” said Steve Rolles, an analyst at Transform Drug Policy Foundation, an advocacy group in Britain.

The Malta law had a broad spectrum of backers.

“It’s a great day,” said Kevin Bellotti, 50, who was jailed for 10 months after he was caught with four marijuana plants in his apartment in 2003. Mr. Bellotti said that he had lost his job as a result, been forced to sell his apartment, and for four years had a 10:30 p.m. curfew and a daily obligation to show up at a local police station.

“I was a victim of the system,” he said. “Now, for the new generation, people who smoke cannabis will not be considered criminals anymore.”

According to the new law, Mr. Bellotti can also request to have his conviction wiped from his criminal record, which had made it hard for him to find a job.

Not everybody was in favor, however.

Marica Cassar, a spokeswoman for the Catholic charity Caritas in Malta, said that the law would serve to popularize and normalize marijuana, a “mind-altering substance that will cause a problem in our society.” She said that 25 percent of those seeking help for substance abuse from her organization were addicted to marijuana, adding that she now expected that number to increase.

The Maltese government has said that the new law would not encourage drug consumption, but protect those who chose to use the drug. Mr. Bonnici said that cannabis use in the Netherlands, which has tolerated the sale and consumption of marijuana in coffee shops for decades, is similar to the European average.

The Maltese government has also established a body called the Authority on the Responsible Use of Cannabis that will regulate the recreational use of the substance.

Consumers will be able to buy marijuana at outlets situated more than 250 meters from schools or youth centers and managed by nonprofit groups. Those nonprofits will be allowed to grow the drug and sell it to members who will be entitled to buy up to seven grams a day, up to a maximum of 50 grams a month.

In December 2020, the United Nations removed marijuana from a list of the most dangerous drugs, and several countries are now moving toward a more liberal approach.

This year, Italians surpassed the 500,000 signatures necessary to hold a referendum to legalize marijuana, and governments in Luxembourg and Germany have announced plans to pass laws decriminalizing the substance.

“Now there is a clear blueprint,” said Mr. Bonnici, who added that he does not smoke marijuana because he has asthma. “We opened the way.”

Consuming marijuana in public remains prohibited under the new law, with higher fines for violations when minors are present, and people who carry between seven and 28 grams of marijuana can be fined 50 euros to 100 euros, or about $56 to $112.

Ms. Cassar, from Caritas, said she thought that the fine was too low.

“If you are caught in the street walking without a mask you are fined €100,” she said.

But Andrew Bonello, president of the Releaf group, an advocate for the new legislation, said that eliminating or reducing penalties was an important change from what he called Malta’s previous “draconian” law. He added that the new law would ensure better quality marijuana and also reduce criminal involvement in the drug trade.

Most of the marijuana now sold in Malta, he said, came from Albania through Sicily, leading to fears that money from the trade could support criminal activities such as human trafficking.

Mr. Bonello said that many people he knew were buying pipes, as well as lamps and other gear for growing and processing the drug. He said that he planned to have a rotation of four plants growing in his apartment.

Mr. Bellotti, who was previously jailed for his marijuana plants, said that he was going to grow some too.

A double murderer who sexually abused more than 100 dead women and girls in hospital mortuaries will never be released from prison. David Fuller, 67, beat and strangled Wendy Knell, 25, and Caroline Pierce, 20, to death before sexually assaulting them in two separate attacks in Tunbridge Wells, Kent, in 1987. He also filmed himself abusing at least 102 corpses, including a nine-year-old girl, two 16-year-olds, and a 100-year-old woman […]