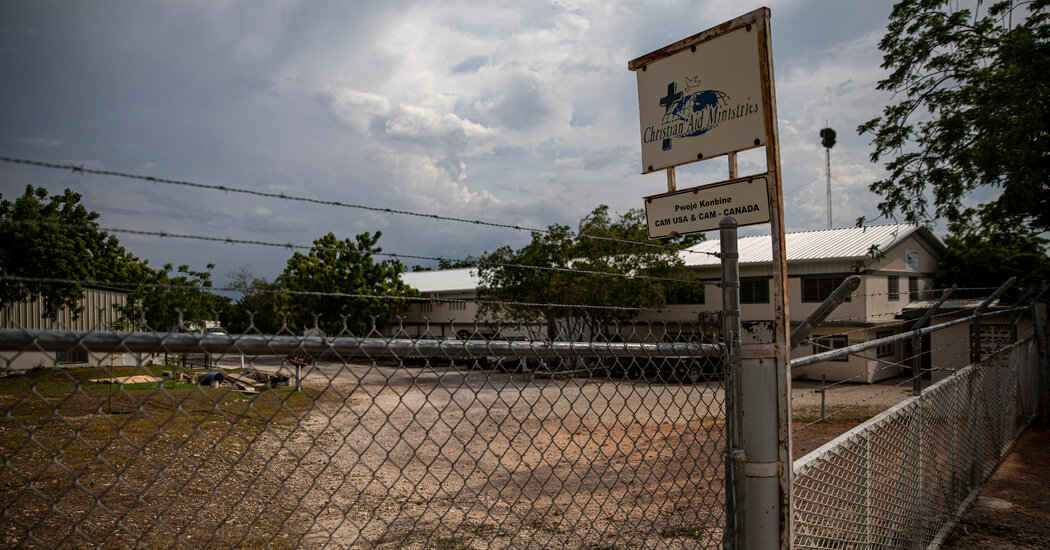 PORT-AU-PRINCE, Haiti — Children on their way to school, street vendors selling their wares, priests mid-sermon — few Haitians, rich or poor, are safe from the gangs of kidnappers that stalk their country with near impunity. But the abduction this weekend of 17 people associated with an American missionary group as they visited an orphanage shocked officials for its brazenness.

On Sunday, the hostages, five of them children, remained in captivity, their whereabouts and identities unknown to the public. Adding to the mystery was a wall of silence from officials in Haiti and the United States about what, if anything, was being done to secure their release.

“We are seeking God’s direction for a resolution, and authorities are seeking ways to help,” the missionary group, Christian Aid Ministries, an Ohio-based group founded by Amish and Mennonites that has a long history of working in the Caribbean, said in a statement.

The authorities identified the gang behind the kidnappings as 400 Mawozo, an outfit infamous for taking abductions to a new level in a country reduced to near lawlessness by natural disaster, corruption and political assassination. Not content to grab individual victims and demand ransom from their family members, the gang has taken to snatching people en masse as they ride buses or walk the streets in groups whose numbers might once have kept them safe.

With much of the government in shambles, gangs are an undisputed power in Haiti, in control of many neighborhoods.

“It’s maddening — you try to work for the country, to build something, provide jobs, and they do this to you,” said a 42-year-old businessman who was kidnapped in February by the Ti Lapli gang as he went home from work in a bulletproof car. “Where is this going? Where is this country going? It’s a total mess.”

The businessman, who asked that he be identified only as Norman because he is afraid of retribution, said that he was not fed for the first four days of his captivity, and that children, some of whom appeared to be no more than 10 years old, beat him regularly with the handle of their machetes or butts of their guns.

He was released after 12 days, when the gang accepted $70,000 for ransom, instead of the $5 million they had requested.

Kidnapping has become so common, he said, that he knows at least 10 people who have been snatched — including his mother.

This time, the victims — 16 Americans and one Canadian — were seized as they paid a visit on Saturday to an orphanage outside the Haitian capital, Port-au-Prince.

The U.S. government said it was aware of the kidnappings, but otherwise offered no comment.

But one prominent lawmaker, Representative Adam Kinzinger, Republican of Illinois and a member of the Foreign Affairs Committee, said Sunday on CNN that the U.S. government would do everything possible to get the Americans back. “We need to track down where they are and see if negotiations without paying ransom are possible or do whatever we need to on the military front or police front,” he said.

Security in Haiti has broken down as the country’s politics have disintegrated, worsening since the assassination in July of President Jovenel Moïse. Violence is surging across the capital, where by some estimates, gangs now control roughly half of the city. On a single day last week, gangs shot at a school bus in Port-au-Prince, injuring at least five people, including students, while another group hijacked a public bus.

According to the Center for Analysis and Research for Human Rights, which is based in Port-au-Prince, this year alone, from January to September, there were 628 people reported kidnapped, including 29 foreigners.

“The motive behind the surge in kidnappings for us is a financial one,” said Gèdèon Jean, executive director of the center. “The gangs need money to buy ammunition, to get weapons, to be able to function.”

That means the missionaries are likely to emerge alive, he said

“They are going to be freed — that’s for sure,” Mr. Jean said. “We don’t know in how many days, but they’re going to negotiate.”

Experts said the kidnapping of Americans in Haiti, once a rarity, has become increasingly common in the past two years. When that happens, the F.B.I. is the lead federal agency to respond.

Americans of Haitian descent have become accustomed to hearing about people they know being kidnapped, said Jean Monestime, the first Haitian-born member of the Miami-Dade County Board of County Commissioners in Florida.

“There are many stories,” he said. “Too many to talk about.”

A senior U.S. official said that while kidnappings for ransom in Haiti are generally not as brutal as those by terrorist groups in the Middle East, the U.S. government approaches both with a sense of urgency. Separately, a senior State Department official said the Biden administration was in touch with officials at the highest levels of the Haitian government about the kidnapping, but declined to comment further.

In Croix-des-Bouquets, a suburb now controlled by 400 Mawozo — the Creole word roughly translates as “a peasant from the mountain” — the vendors who used to line the streets were kidnapped for what little they had in their pockets. Sometimes, they were ordered to sell what few possessions they had at home, like radios or refrigerators, to pay off the ransom.

Now Croix-des-Bouquets is a near ghost town.

Gangs have plagued Port-au-Prince over the past two decades. But in recent years, their place in society has shifted.

Older, more established gangs trafficked not just in kidnappings but in politics, carrying out the will of their powerful patrons. Sometimes, they aided in voter suppression.

Now, as independent gangs mushroom, they have grown into a force that is seemingly uncontrollable, thriving in Haiti’s economic malaise.

Members of newer gangs like 400 Mawozo rape women and recruit local children, forcing neighborhood youths to beat people up as they train a newer, more violent generation of members.

Churches, once untouchable, are now a frequent target, with priests kidnapped even as they address their flock. In April, gunmen kidnapped a pastor while he was conducting a ceremony being streamed live on Facebook.

In April, the 400 Mawozo gang abducted 10 people in Croix-des-Bouquets, including seven Catholic clergy members, five of them Haitian and two French. The group was eventually released in late April. The kidnappers demanded a $1 million ransom, but it is unclear if it was paid.

Haitians have been driven to despair by the violence, which prevents them from making a living and keeps their children from attending school. In recent days, some started a petition to protest gang violence, singling out the 400 Mawozo gang and calling on the police to take action. But the police, underfunded and lacking political support, have been able to do little.

Transportation workers called a strike for Monday and Tuesday in Port-au-Prince to protest insecurity — an action that may turn into a more general strike, with word spreading across sectors for workers to stay home to denounce violence that has reached “a new level in the horror.”

Christian Aid Ministries, whose members were kidnapped Saturday, is a major provider of aid to Haiti.

The group did not respond to requests for comment, but a former Haiti field director, Dan Hooley, said that at least some of the kidnapped missionaries had not been in the country long. One family, he said, had lived there for “a couple of months,” while one man arrived on Friday to work on a relief project related to the earthquake that devastated the country in August.

There were about 1,700 Christian missionaries in Haiti as of mid-2020, according to the Study of Global Christianity at Gordon-Conwell Theological Seminary.

Mr. Hooley estimated Christian Aid Ministries had more than 20 employees in the country.

The Ministries’ compound in Haiti overlooks the bay of Port-au-Prince, in a suburb called Titanyen.

On a visit there Sunday, three large delivery trucks could be seen on the sprawling grounds surrounded by two fences reinforced with concertina wire. Chickens, goats and turkeys could be seen near small American-style homes with white porches and mailboxes, and laundry hung out to dry.

There was also a guard dog and a sign in Creole that forbid entry without authorization.

Because the area is so poor, at night the compound is the only building illuminated by electric lights, neighbors said. Everything else around it is plunged in darkness.

The Mennonites, neighbors said, were gracious, and tried to spread out the work they had — building a new stone wall around the compound, for instance — so everyone could earn a little and feed their families. They would give workers food and water and joke with them. And Haitians would often come in for Bible classes.

Usually, children could be seen playing. There are swings, a slide, a basketball court, and a volleyball court. It was very unusual, neighbors said, to see it so quiet. Sundays, especially, it is bustling.

But not this Sunday. 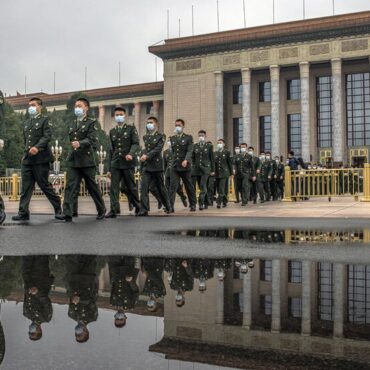 Washington Hears Echoes of the ’50s and Worries: Is This a Cold War With China?

The White House is loath to put a label on this multilayered approach, which may explain why Mr. Biden has yet to give a speech laying it out in any detail. But his actions so far look increasingly like those in a world of competitive coexistence, a bit edgier than the “peaceful coexistence” that the Soviet leader Nikita S. Khrushchev used to characterize the old Cold War. (Interestingly, after meeting […]