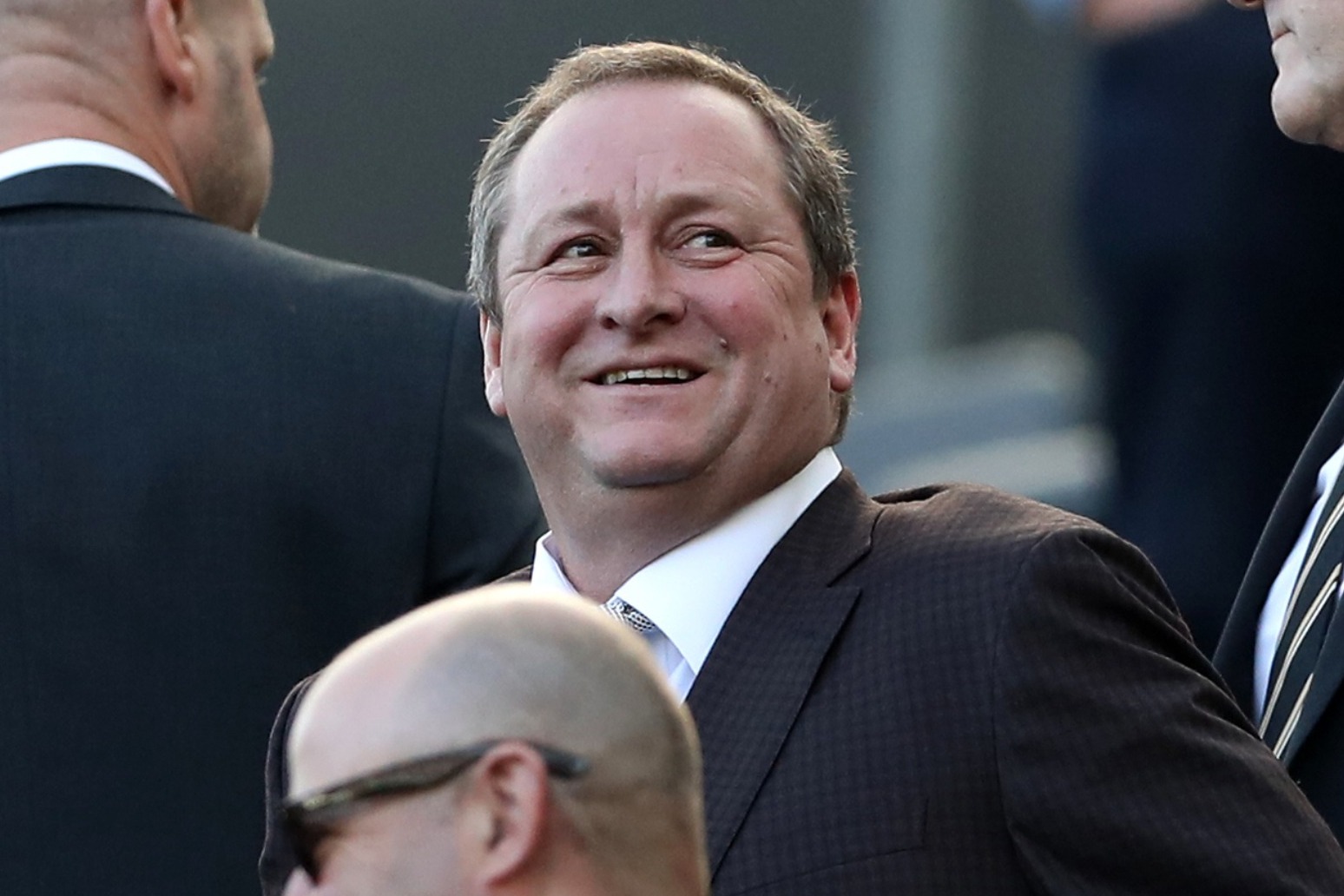 Frasers Group has confirmed that it is planning a leadership reshuffle which would see founder Mike Ashley step away from his role as the firm’s top boss.

The parent company of Sports Direct, House of Fraser and Flannels said it is currently proposed that Michael Murray – the retail tycoon’s prospective son-in-law – will become chief executive in May next year.

It added that, should Mr Murray take over, Mr Ashley will remain on the board as an executive director.

The 31-year-old potential replacement, who is engaged to the founder’s daughter Anna, is currently “head of elevation” at Frasers and has been tasked with modernising the business and creating a more upmarket image.

Fraser told investors that a pay and bonus deal is currently being drawn up on the basis that Mr Murray will become chief executive.

“The group’s elevation strategy is transforming the business and receiving positive feedback from consumers and our brand partners, especially on projects such as the new Oxford Street Sports Direct which opened in June 2021,” the firm added.

“The board consider it appropriate that Michael leads us forward on this increasingly successful elevation journey.”

Mr Ashley founded Sports Direct in Maidenhead, Berkshire, in 1982 and has now grown his retail empire to be worth around £3 billion and cover almost 1,000 stores.

Frasers also revealed on Thursday that its profits plunged for the past year after sales were hit by enforced high street closures during the pandemic.

It said sales in its sports retail business dropped by 10.7% after it was hit by pandemic closures, while its lifestyle business, which includes brands such as Flannels, saw 1% sales growth.

Mr Ashley said: “The group is continuing to invest in its physical and digital elevation strategy and our omni-channel offering is growing in strength.

“Our stores in the UK have reopened above expectations and our online channel continues to significantly outperform pre-Covid-19 periods.

“Nonetheless, management remains of the view that there is a high risk of future Covid-19 pandemic restrictions, likely to be over this Winter and maybe beyond.”

The retail group said it was aided by Government financial support during the year, including the business rates holiday, but said the return to pre-pandemic rates “will present a threat” to a number of stores as it called for an overhaul of the property tax system.

“There must be a change to the outdated business rates system for us to justify the survival of some of these House of Fraser stores,” the group said.

Frasers added that it is “looking to take on a number of ex-Debenhams stores across the country” but said current business rates for the sites make it “less likely” it will consider these investments as viable.

The group also expanded over the past year with the acquisition of DW Sports fitness and gym sites from administration in a £37 million deal, while it also increased its stakes in fashion brands Mulberry and Hugo Boss.

Editor's Note — (CNN) — As he slipped through the kelp forest to the bottom of the Atlantic Ocean, Kamau Sadiki's eyes hooked onto something resembling the item he and fellow divers had been searching for.However, the water temperature was low at the site just off the coast of Cape Town, and visibility was poor. Veteran diver Sadiki recalls the surge pulling him back and forth as he attempted to […]