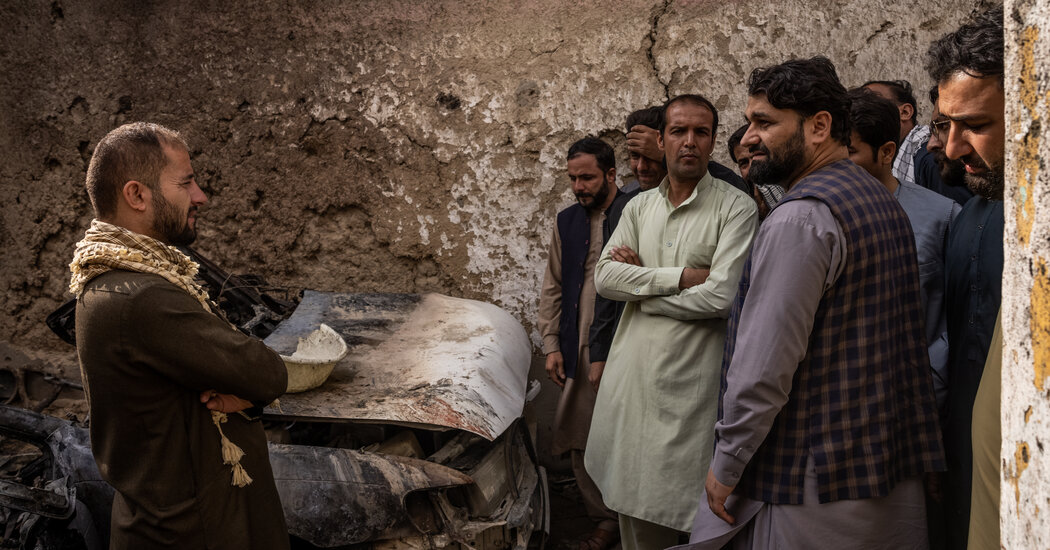 WASHINGTON — The U.S. military’s top officer asserted last week that a drone attack on a sedan near the airport in Kabul, Afghanistan, was a “righteous strike” that foiled a plot by the Islamic State in the waning hours of the immense evacuation effort.

The officer, Gen. Mark A. Milley, the chairman of the Joint Chiefs of Staff, told reporters that secondary explosions after the drone strike last Sunday supported the military’s conclusion that the car contained explosives — either suicide vests or a large bomb. General Milley said that military planners took proper precautions beforehand to limit risks to civilians nearby.

But the military’s preliminary analysis of the strike and the circumstances surrounding it offer much less conclusive evidence to support those claims, military officials acknowledge. It also raises questions about an attack that friends and family members of the car’s driver say killed 10 people, seven of them children.

So far, there is no ironclad proof that explosives were in the car. The preliminary analysis says it was “possible to probable” that was so, according to officials who have been briefed on the assessment. Drone operators and analysts scanned the cramped courtyard where the sedan was parked for just a few seconds. Seeing no civilians, officials said, a commander ordered the strike, only for a grainy live-video feed to show other figures approaching the vehicle seconds later as the Hellfire missile raced closer to its target.

But military officials say that the initial analysis also supports a very strong circumstantial case of an imminent and serious threat to the airport, a case that American planners built over eight hours last Sunday, monitoring the movements of the sedan and eavesdropping on the communications of the suspected plotters.

With each passing hour, American analysts watched with dread as successive pieces of a plot to conduct a complex attack appeared to be “lining up,” as one senior military official briefed on the investigation said. Chatter that the airport would again be a target was intensifying, with President Biden publicly warning that another attack was “highly likely.”

The commander overseeing the drone strike faced a difficult decision: Take the shot while the sedan was parked in a relatively isolated courtyard, or wait until the sedan drove even closer to the airport — and denser crowds — increasing the risk to civilians.

According to four United States officials briefed on the preliminary military analysis or parts of it, this is how the strike unfolded.

At about 9 a.m. last Sunday, a white sedan, probably a Toyota Corolla, pulled out of a compound about five kilometers northwest of Hamid Karzai International Airport. Based on information from informants, electronic eavesdropping and imagery from U.S. surveillance aircraft, intelligence analysts believed the compound was a safe house for planners and facilitators for Islamic State Khorasan, or ISIS-K, the terrorist group’s affiliate in Afghanistan.

It was just three days after a suicide bomber for the affiliate had detonated an unusually large 25-pound explosive vest at the Abbey Gate entrance to the airport, spraying deadly shrapnel in a 70-foot radius and killing 13 U.S. troops and more than 170 Afghan civilians.

American intelligence analysts had intercepted messages from ISIS-K plotters that another major attack against the airport was in the works. An attack was imminent that Sunday, two days before the United States was set to end its evacuation effort.

Thus, any vehicle coming or going from the compound that morning piqued the analysts’ interest. But operators paid special attention to the white sedan on the black-and-white feed from an MQ-9 Reaper drone soaring over Kabul.

Communications intercepted from the safe house indicated that the plotters there were directing the car on some kind of circuitous mission in the Afghan capital. The driver was instructed to meet a motorcyclist. Moments later, the car did just that.

This pattern continued for several hours, as the sedan made different stops in Kabul, sometimes picking up and dropping off passengers.

Just before 4 p.m., the sedan pulled into a compound unknown to the Americans, about eight to 12 kilometers southwest of the airport. A few minutes later, the driver and three other men loaded several wrapped packages into the trunk of the car. To the analysts watching the video feed, the men appeared to be straining to lift and gingerly carry heavy packages — as one would with explosives.

The driver and the men got into the sedan and drove away, heading north as the driver dropped the men off along the way. By about 4:45 p.m., the driver, now alone, pulled into a small courtyard about 2.5 kilometers west of the airport, just south of the original safe house. Another man came out to greet him.

At this point, the tactical commander controlling the armed Reaper drones had to make a quick decision. His authority to strike had been delegated by Gen. Kenneth F. McKenzie Jr., the head of the military’s Central Command in Tampa, Fla. Military officials declined to identify the commander’s identity, rank or organization, but said he is an experienced operator who has carried out multiple drone strikes in multiple theaters where the military has fought.

The operators quickly scanned the close confines of the courtyard and saw only the one other man talking to the driver. The commander concluded this was the best time and place to take the shot. If the Americans waited and the vehicle wove through busy city traffic or approached the airport, the risk to civilians would be much greater — either from a drone strike or the detonation of suicide vests or a huge car bomb.

The Americans took the shot. The Hellfire struck its target in less than a minute. As the missile closed in, the drone operators could see on the video feed that other figures were approaching the sedan.

The Hellfire, with a warhead containing 20 pounds of explosives, ripped into the car, creating the first explosion at 4:50 p.m. A few seconds later, an even larger fireball bloomed. Officials say a preliminary assessment by bomb experts concluded that it was “possible to probable” that explosives in the sedan had caused the second explosion, not a gas tank or something else.

The military analysis acknowledged that at least three civilians were killed. General Milley told reporters that at least one other person killed was “an ISIS facilitator.”

But other Pentagon officials also say they have little information on the driver, identified by colleagues and family members as Zemari Ahmadi. His neighbors, colleagues and relatives said he was a technical engineer with Nutrition and Education International, a charity based in Pasadena, Calif., and had no ties to ISIS-K.

Military officials concluded Mr. Ahmadi was an ISIS-K facilitator largely because of his actions as the driver from the moment the white sedan pulled out of the safe house until the strike killed him.

Immediately after the attack, any chatter from ISIS-K went silent. To protect their operational security, members of the group go dark after a drone strike like the one last Sunday, knowing that American officials will be listening. That silence continued through Friday, a senior U.S. military official said.

John F. Kirby, the Pentagon’s chief spokesman, said last week that an in-depth investigation into the strike was underway. It will be based on more detailed analyses of the video feeds of the strike and its aftermath, and other intelligence. Investigators do not have access to the strike site, which like the rest of Kabul is under Taliban control.

In a news conference on Monday, General McKenzie, the head of the Central Command, gave no details about the circumstances surrounding the strike other than to say that it dealt a crushing blow to ISIS-K as it sought to deliver one last attack before the U.S. withdrawal.

General Milley echoed those comments a few days later. “At this point, we think the procedures were correctly followed, and this was a righteous strike,” he told reporters. “Were there others killed? Yes, there are others killed. Who they are, we don’t know.” 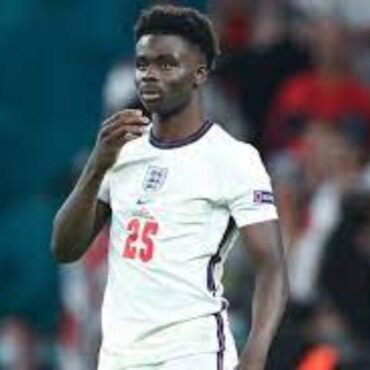