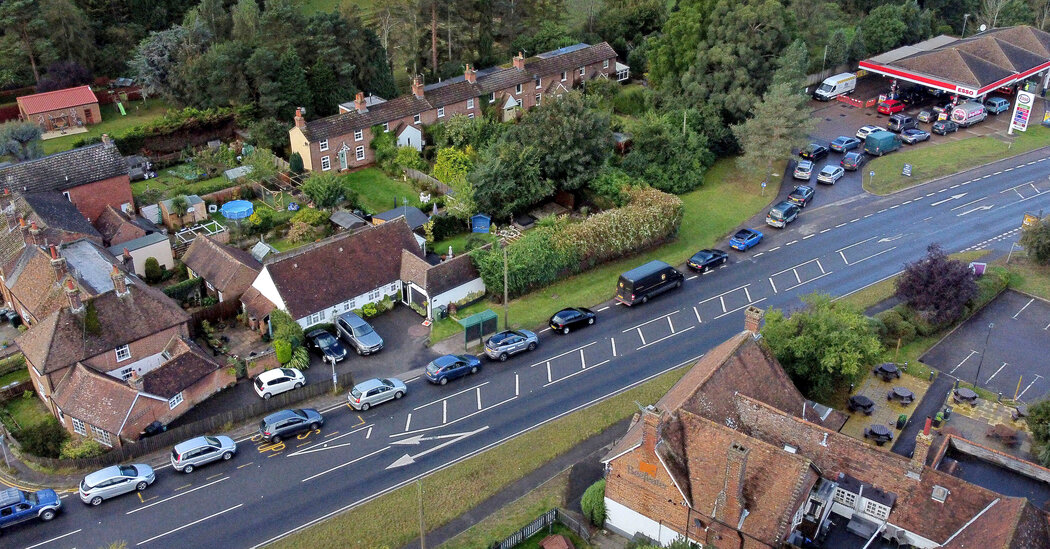 Military personnel in Britain began driving fuel tankers on Monday as the government stepped up efforts to tackle a shortage of truck drivers that has closed some gas stations, caused panic buying and long lines at others, and threatened wider disruption in the run-up to Christmas.

Around 200 soldiers were deployed in the south of England, where the problems are now concentrated, with around half of them driving civilian vehicles and the others providing logistical support.

In an interview with LBC Radio, Rishi Sunak, chancellor of the Exchequer, said that although fuel supplies were improving, the military was being deployed as a backup.

“As an extra precaution we have put the extra drivers on,” Mr. Sunak said, adding “we are doing everything we can.”

Speaking later at the Conservative Party conference in Manchester, Mr. Sunak said, “Right now, we are facing challenges to supply chains, not just here but right around the world, and we are determined to tackle them head on.”

Like other countries, Britain has a shortage of truck drivers, but before it left the European Union’s economic zone, employers could freely recruit workers from across Europe. Since January most foreign employees require visas, restricting recruitment.

In what is called Operation Escalin, the British military has been asked to make personnel available for 31 days, though that period could be extended if needed.

On Monday, soldiers in uniform were spotted at an oil depot in Hemel Hempstead, north of London, British new media reported.

Mr. Sunak conceded that shortages could continue into the pre-Christmas period, but told the BBC that there was no quick fix to a problem that has also affected other countries.

The government was offering short-term visas to some foreign truckers, he said, adding, “Of course we are doing all those things, but we can’t wave a magic wand and make global supply chain challenges disappear overnight.”

That struck a more emollient tone than Prime Minister Boris Johnson, who on Sunday said that the crisis would ultimately help workers by forcing employers to offer better wages and conditions to British employees. The foreign secretary, Liz Truss, later doubled down on that message, effectively blaming business for the shortages, saying, “I don’t believe the prime minister is responsible for what’s in the shops.”

On Sunday, Mr. Johnson also appeared to dismiss claims that because of another labor shortage — in this case, of meatpacking workers — thousands of pigs might have to be slaughtered on farms with their carcasses being dumped rather than used for food.

Zoe Davies, chief executive of the National Pig Association, told Times Radio that she was “very disgusted by the prime minister’s attitude,” adding that if animals were culled on farms they could not go into the food chain. “The slaughter plants can’t take them because they don’t have the staff,” she said. 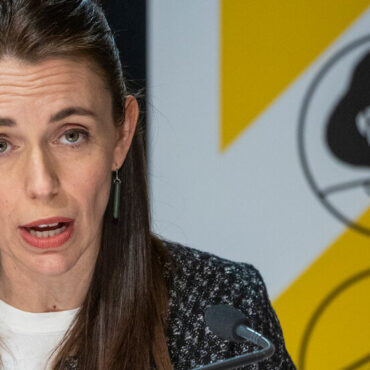 new video loaded: Eliminating Covid-19 Is ‘Incredibly Difficult,’ Jacinda Ardern SaystranscriptBackbars0:00/1:07-1:07transcriptEliminating Covid-19 Is ‘Incredibly Difficult,’ Jacinda Ardern SaysPrime Minister Jacinda Ardern of New Zealand acknowledged an end to the country’s “Covid zero” strategy, seven weeks into a lockdown that had failed to halt an outbreak of the Delta variant.The health advice has been that to date, we’ve managed to largely control the outbreak, but as you can see with this […]